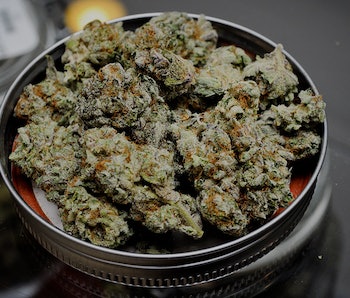 Marijuana users — whether they vape, eat, or smoke it the traditional style — in New York, whether they live here or are just visiting, will soon likely benefit from two separate measures that bring the state and city forward in how it views pot laws.

One of the moves at the city level in New York City, announced on Tuesday, will “reduce unnecessary arrests” for public marijuana consumption. A different state-wide measure recommends legalization after reviewing the legal, medical, and social implications.

Eventually, the Empire State could become one of the select states with legal marijuana of the recreational sort.

You Won’t Be Arrested for Marijuana in New York City

Mayor Bill de Blasio and NYPD Commissioner James O’Neill announced that starting in September, instead of arresting people found smoking cannabis in public recreationally, citizens will be issued summonses. De Blasio projects this measure will result in 10,000 fewer arrests in 2019 alone. Currently, people arrested for possessing marijuana in New York City are jailed for several days, can lose their job, and face setbacks that border on life-ruining, as has been reported. There are also stark racial disparities in who is arrested (and who isn’t) for the offense.

Here’s how the new enforcement will work: If you were issued a summons, you’d be subject to a $100 fine. And arrests will still be made if the person smoking is on probation or parole, has a criminal warrant, doesn’t have their ID, has a recent history of violence, or poses a threat to public safety, which would include driving under the influence of marijuana (which is scientifically tough to prove.) In addition to the new policy, the New York City district attorney’s offices will stop prosecuting most low-level marijuana offenses starting in August.

The second decision, to recommend legalization, will be made by the New York State Health Commission, according to its top health official. Governor Andrew Cuomo ordered a report on the issue six months ago, despite calling marijuana a “gateway drug” last year. Medical marijuana is already legal in the state, but this report will contain information concerning the recreational usage of the drug.

Alyson Martin, a marijuana journalist behind Cannabis Wire thinks legalization in nearby states is putting some pressure on New York. As she puts it, “it’s not difficult for New York residents to drive to Massachusetts and bring home an ounce across state lines.” There would be income from tax dollars — Colorado sold $247 million in marijuana last year. To the north, Canada just legalized weed.

“As a lifelong New York State resident, I always thought that New York might be slower to legalize than other neighboring states,” Martin tells Inverse. “It’s a populous state, and regulating cannabis from New York City to Lake Placid to the Finger Lakes and Buffalo will bring with it some of the most unprecedented regulatory hurdles to date.”

In that regard, it will still take a while for marijuana legislation to be considered in the court of law, as the New York legislative session ends tomorrow. But public support for legalization has only grown over the past two decades, so lawmakers have an incentive to lessen restrictions; a Pew Research Center poll published this year says 6 in 10 Americans support legalization, which is double the amount since 2000.

“There’s the simple fact that nine states and Washington, D.C. have legalized cannabis, and more than half of the states have legalized and regulated medical cannabis,” Martin wrote. “The presence of cannabis is a reality for millions of people living in this country, so it’s natural that conversations around legislation and rules are increasing.”