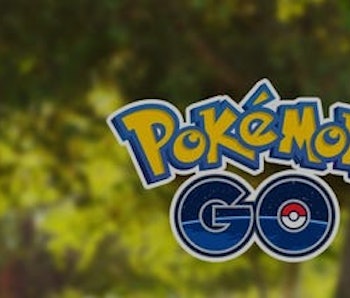 This Earth Day, software developer Niantic encouraged its community to play Pokémon GO and help save the Earth in the process.

The AR game maker gave out incentives — including fun rewards unlocked by trainers — to those who pitched in for neighborhood cleanup efforts that occurred globally on Sunday. For doing some good for the environment, Niantic rewarded trainers around the world with some in-game bonuses, such as special avatar shirts.

This year Niantic teamed up with Playmob, a gaming-for-good organization, to put on the Pokémon GO Earth Day Cleanup event. And Trainers who participated in cleanup events across the globe were able to unlock bonuses if enough players participated. For example, if more than 1,500 gamers joined the cleaning meetup, they received twice the Stardust when catching Ground, Water, or Grass-type Pokémon, and three times as much if not more than the 3,000 people who participated over the course of two days.

Here, a group of young players helped clean up the rocky shore of Devon, England, during the Pokémon GO Earth Day Cleanup event.

On the other side of the world, these trainers celebrated Earth Day with Niantic in Argentina.

Even redditors got in on the action, uploading images of their cleanup efforts during their Pokémon GO outings.

Since releasing Pokémon GO in 2016, Niantic has regularly hosted events to get more payers to go outside to play their game and interact with other trainers. This month also marked the company’s Pokémon GO Community Day, where players saw extra Mareeps in the wild and could earn bonuses within the three-hour timeframe for the event.

The developer’s next community day will take place in May. Additionally, we’re only three months away from the second anniversary’s release of Pokémon GO, which could yield some potential rewards as well (or so we hope).