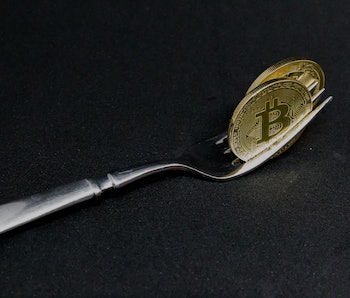 Bitcoin Cash has surged over the past week, reaching a high of $1,443 on Monday, according to CoinMarketCap. While the entire market has seen a bounce back following the deadline for filing income taxes in the United States, Bitcoin Cash’s recent rally stems from a “hard fork” the token will experience in mid-May.

The cryptocurrency, which was “forked” from bitcoin, will see a change to its underlying code May 15. The update, known as Bitcoin Adjustable Blocksize Cap (or Bitcoin ABC for short), will quadruple the token’s block size from eight megabytes to 32 megabytes. This change will strive to boost transaction speeds, an issue that has bedeviled the cryptocurrency market since its spike in popularity. Cryptomarket experts have noted that hard forks have been known to boost token prices and it seems like this new change to the fourth largest cryptocurrency is seeing a similar market reaction.

“Many crypto traders have the last few bitcoin forks permanently etched in their minds and associate hard forks with rising price and so the momentum is snowballing at the moment, especially in markets such as Japan and South Korea,” Mati Greenspan, an analyst with trading platform eToro, tells Business Insider.

This Bitcoin Cash hard fork is a continuation of the idea the token was founded on. The cryptocurrency was originally launched as an attempt to solve the bitcoin scaling issue by increasing its block storage space. Since then, bitcoin has also implemented its own solution to the problem in SegWit, which looks to reduce transaction size instead of increasing block size. Reports comparing these two possible methods of boosting transactions speeds have been neck-and-neck. Bitcoin ABC might just be what Bitcoin Cash needs to pull ahead in the race.

If the May 15 fork follows the same trend as Litecoin during its Litecoin Cash fork, its price will likely continue to perform until the update. From there, it’s all up to whether Bitcoin ABC does what it promised to.

This momentary rally in price is immediately beneficial for investors that got into Bitcoin Cash early on. But the fact that there are multiple solutions in the works for increasing transactions speeds will likely be a long-term benefit for larger-scale cryptocurrency adoption.