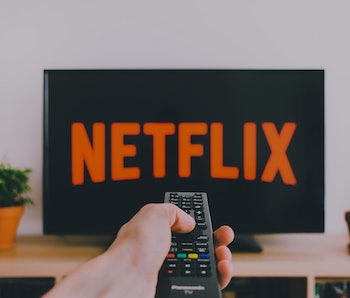 Netflix had a stellar quarter. The streaming giant shared its first quarter earnings report on Monday and beat analysts’ predictions, adding two million American subscribers when it was only expected to add 1.45 million and beating revenue estimates with $3.7 billion. During the company’s earnings call, Netflix dug into why the future looks promising for streaming.

Here’s some of the things we learned:

Benjamin Swinburne, head of media research at Morgan Stanley, asked the team for details on future exciting changes. Gregory Peters, chief product officer, mentioned that the company is looking into ways to make its suggestions smarter.

“And what we think almost every day about is, how do we do an even better job innovating so that we can bring our members the perfect piece of content to watch whenever they access Netflix?” Peters said. “And so you’re going to see us do a lot more to innovate around that.”

The company changed its ratings system in April 2017 from the five-star ratings to a thumbs-up-thumbs-down model. This is paired with a percentage rating that shows the likelihood of you enjoying a TV show.

Could Netflix expand further? Apple’s iOS operating system offers Siri smart suggestions that offers shortcuts to apps based on time of day, usage patterns and more. It’s easy to see based on these other products how Netflix could work to suggest the ideal show at the ideal time.

One of the most interesting tidbits came from Peters’ response to the question on future technologies, where he mentioned the issues around launching shows for a global audience:

How do we launch new shows? How do we make them accessible to our members around the world, whatever language they’re speaking, whatever territory they’re in?

The company announced plans in March 2017 to use the HERMES tool to bring content to more languages. The online subtitling system rolls out languages at speed, and it was developed as a response to a surprisingly limited market (the company found only around 100 working professional Dutch subtitlers in the world).

The question is how Netflix expands from here. One option is something similar to YouTube, which offers auto-generated subtitles that use a combination of Google Translate and speech recognition. If Netflix offered something similar, it could dramatically expand the pool of potential content for each market in an instant.

Netflix is getting huge, but it’s not about to take on CNN. While it was reported in October 2015 that the company was looking to compete with the likes of Vice, the company stressed in the call that its factual content will stay closer to documentaries than full-blown newscasts.

“Our move into news has been misreported for — over and over again, and we’re not looking to expand into news beyond the work that we’re doing in short-form and long-form feature documentary,” said Theodore Sarandos, chief content officer.

When Swinburne asked about shows like David Letterman, Sarandos described Letterman as a “great talk show host” rather than a newscaster. No news on the move into news, but Netflix is leaving the door open for other content.

Just because Netflix isn’t moving into news, doesn’t mean it’s not aiming for some of that TV pie. In possibly the msot telling moment in the call, CEO Wilmot Hastings singled out YouTube and TV as targets in terms of viewing figures.

While millennials are meant to be leading the charge on the cord-cutting revolution, even they don’t watch that much Netflix. Video Advertising Bureau research into 18-34-year-olds found they spend 5,400 minutes per month watching TV, versus 1,163 minutes on YouTube and just 510 minutes on Netflix. The streaming service may seem big, but it has big plans to account for even more viewing.