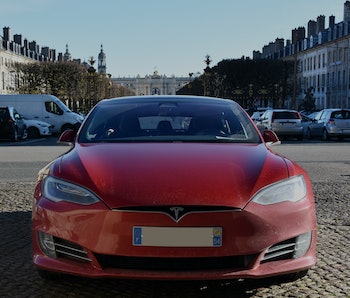 Elon Musk is pretty much the Easter Bunny. The tech mogul is known to hide surprises inside of his Tesla vehicles for the electric car company’s fans. Whether its a hidden photo in the Model 3 or a digital sketchpad installed in the car’s onboard computer, you’ll never know what easter egg he’ll slide into your Tesla’s dashboard next.

Only a few days after Easter, Musk has done it again by adding a whole menu secret features to Model S cars. No, this isn’t an April Fools’ joke (he already pranked the internet by tweeting out that Tesla was going bankrupt — as if). But Musk’s latest tweet revealed users can access a whole menu just dedicated to Tesla easter eggs.

“Most people don’t know there’s a whole box of Easter eggs with every Tesla. Just tap logo on center screen & wait. Easy access to most of discovered ones. More coming,” he tweeted Tuesday.

The hidden menu displays options for the already-revealed features like the sketchpad and a map of mars. The Model S also lets you change the look of your otherwise plain dashboard into something out of a Christmas movie or Mario Kart.

In classic Musk fashion, his tweet left some mysteries lingering regarding features that have yet to be discovered and new ones that Tesla will implement further down the road. There’s nothing the company does better than keeping its customers on the edge of their seats. Just please don’t search for new easter eggs when you’re driving, or at least turn on the autopilot.