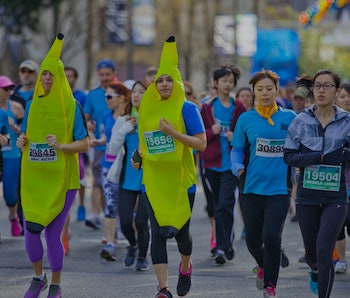 Many athletes know that bananas are a good way to refuel your body after a hard workout, but sports drinks have taken precedence as the recovery substance of choice in recent years. However, thanks to a study funded by Dole Foods, a company that makes billions selling bananas and other fruit, bananas are poised to step back into the spotlight.

In a paper published last month in the open-access journal PLoS One, a team of scientists showed that bananas “had a comparable influence” on metabolic recovery when compared to sugary sports drinks. These results suggest that the banana industry could give Gatorade a run for its money, but its funding source, Dole Foods, and its co-author Dr. Nick Gillit, vice president of the Dole Nutrition Research Institute, demand a closer look. Of course, the study’s funding disclosure states that Dole “did not have any additional role in the study design, data collection and analysis, decision to publish, or preparation of the manuscript” beyond funding the research.

This study focused on both carbohydrate recovery — getting athletes’ blood sugar back to normal levels — and inflammation, which also hinders recovery. The researchers had 20 cyclists complete a 75-kilometer — 46.6-mile — ride four different times, consuming different recovery substances after each ride: two types of bananas, a sugar-water solution meant to imitate a sports drink, or plain water. Consuming bananas and sugar water resulted in comparable levels of carbohydrate recovery two days after the workout, the researchers report, but bananas were associated with lower levels of inflammation as well. (Plain water performed the worst.)

The study design seems a little flawed. Sugar water would be a fine comparison if the study was meant only to measure carbohydrate recovery, since sports drinks do indeed contain plenty of sugar. But those drinks also have electrolytes, which have been shown to influence inflammatory response. The sugar-water solution that stood in for sports drinks didn’t contain those electrolytes. So, while we can conclude from this study that bananas are better for sports recovery than sugar water, more studies will have to take place before we can say they’re better than sports drinks.

In cases like these, it’s important to consider that industry-funded scientific research usually finds in favor of the sponsor, as New York University’s Marion Nestle has shown through her meticulous database of such studies. There are all sorts of reasons this could happen, and in this latest case, one reason could be experimental design.

As with any scientific research that produces flashy headlines or counterintuitive results, discerning readers should always take a second to look below the surface. What you’ll find is that science isn’t as simple as the news would lead you to believe.