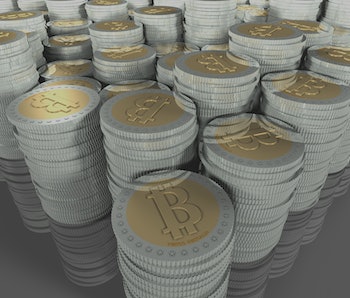 Cryptocurrency traders might not be too keen on all of the regulations being placed on digital currencies by national governments and banks. But some crypto-enthusiasts might be begging for laws that protect their cyber tender in the case of a divorce.

Multiple lawyers have suggested that the anonymity that bitcoin and altcoins provide could be used to conceal assets that would otherwise be involved in the split. Some United Kingdom-based law firms have even begun seeing cases with cryptocurrencies at the center.

This could lead to a point when spouses have to reveal any kind of bitcoin stash they have hidden away on their online wallets, just in case the marriage goes south.

Royds Withy King, a firm in London, is currently dealing with a couple litigating over £600,000 ($830,000) worth of cryptocurrency. The husband in this lawsuit invested £80,000, which ballooned during the massive December 2017 market surge.

“These are the first cases we have seen, and we expect to see many more. There will also be those divorces where a spouse may not have disclosed such assets, leaving a traceability nightmare,” Vandana Chitroda told the BBC.

The advent of cryptocurrencies happened so quickly and made a lot of people very rich with barely any kind of regulation. This makes these kinds of cases a gray area for lawyers who have never dealt with something of the sort in their career.

The biggest issue is that there is no way to freeze assets held as digital currency because there is no central cryptocurrency authority. This makes it easy for spouses to conceal money in their digital wallets.

In the future, spouses could be asked to reveal their crypto holdings to avoid conflict during a divorce. This would pretty reverse the anonymity crypto gives traders, but if it’s just reveled to your spouse and some lawyers it might not actually be that big of a deal.