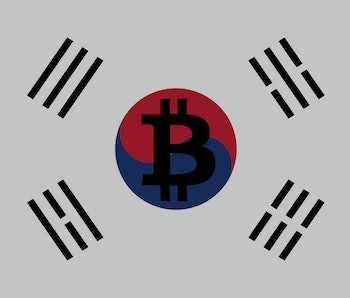 The first of South Korean cryptocurrency regulations will kick off on January 30. These new restrictions will ban the use of anonymous bank accounts to make crypto transactions, keep underage investors and foreigners from opening accounts in any South Korean exchange, and will heavily tax virtual currency exhanges.

The South Korean government’s official position is that these new rules would aim to halt crimes like money laundering as well as stabilize a market that has been known to swing wildly. The Korean crypto market is estimated to be the third-largest in the world, right behind Japan and the United States, so a monumental change like this will almost certainly cause waves in the global market.

The price of Bitcoin — the world’s most popular cryptocurrency — has been steadily declining since multiple national government announced they intend to implement similar regulations. Some countries even toyed with the idea of shutting down exchanges all together.

South Korea was one of the countries that announced a potential ban. That was met with drastic drops in prices, with the price of a single token shedding over 10 percent of its value in the wake of the news.

While the reaction to the rollout of these new regulations probably won’t be as drastic as the reactions to outright ban rumors, it’s hard to see how this won’t at least cause a slight downturn in prices.

However, crypto enthusiasts aren’t completely giving up on the sector all together. Even with these new restrictions, The Wall Street Journal reported that OkCoin, a Beijing-based crypto exchange, is planning to set up shop in South Korea even after hearing about these regulations.

South Korean crypto investors said that even if the government were to shut down exchanges all together, they would just look abroad.

“In case the government shuts down all local exchanges,investors can always go abroad and open an account there,” an anonymous South Korean student told CNBC. “I can ask my friends who study abroad or travel there myself. It’s not that big of a problem.”

This new age of cryptocurrency restrictions might cause a lag in the market initially, but investors that have placed a lot of time, effort, and money into the sector aren’t going anywhere. These new rules might actually halt wild swings in the market as newcomers might be dissuaded from joining a more regulated market and investors might not want to sell all at once if there are higher fees involved.

We’ll have to see how prices react to the South Korean government’s move on January 30.