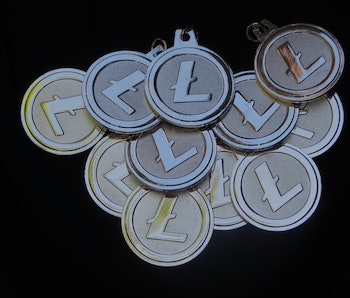 Litecoin (LTC), the world’s fifth-biggest cryptocurrency, has recently been living up to its name. Litecoin, it seems, is fully lit.

On Wednesday, the token reached a one-month high of $218, an appreciation of almost 30 percent in the last 24 hours, according to CoinMarketCap. That’s over a 100 percent boost from its February 6 low of $105. However, the reason for this price spike is making some investors — and even Litecoin’s founder, Charlie Lee — raise their eyebrows.

LTC seems to be soaring because of the hype surrounding an upcoming “hard fork” on February 18, called “Litecoin Cash.” The developers behind this move are pledging to give out new tokens to existing LTC holders. For every single LTC on the block, 1,371,111 holders will receive 10 Litecoin Cash, or “LCC,” according to the future cryptocurrency’s website.

Here’s everything you need to know about this move and the reactions to it:

Hard Fork? What Does That Mean?

Put simply, a hard fork is when a single cryptocurrency splits into two. This happens when the code behind the token is fundamentally changed, creating an old and new version of the digital currency. Bitcoin Cash and Bitcoin Gold are all examples of hard forks.

Creating a hard fork requires a consensus from coin holders. All it takes is any number of holders with a large amount of a certain token in their wallets. They can simply decide to create a whole new cryptocurrency on top of the original system, which would begin after a certain block.

In this case, a large amount of LTC owners got together to build LCC on top of the Litecoin system.

Aside from just being a whole other token available for trading, there will be a few other subtle differences with LCC compared to LTC.

Litecoin cash mining will use the SHA-256 algorithm that bitcoin uses, instead of Scrypt protocol that is employed by Litecoin. This will allow those interested in using bitcoin mining hardware to mine LCC. Since Litecoin uses Scrypt, miners can’t use bitcoin hardware to mine it.

The new digital currency’s transaction fee will be “90 percent cheaper than litecoin.” LCC will also provide “4 times the transaction bandwidth of bitcoin,” allowing for a larger amount of LCC transactions to go through at once compared to bitcoin transactions.

The recent price spike has made it clear that at least a certain amount of investors see potential in the future of this new digital currency. However, there have been some warnings against investing heavily on this hard fork.

According to Charlie Lee, Litcoin Cash is co-opting Litecoin’s name-brand recognition to make a quick buck. He tweeted that he believes “Any fork of Litecoin, calling itself Litecoin something or other, is a scam [in my opinoin]. Litecoin Cash, Litecoin Plus, Litecoin *… all scams trying to confuse users into thinking they are Litecoin.”

An analysis by CoinDesk on Wednesday also revealed that the price of LTC was driven up by a high number of trades from Coinbase’s GDAX exchange. The cryptocurrency news site stated that this could be a “sign less-savvy consumers may be active in the market.”

It’s unclear whether this LTC rally will continue until the fork occurs or whether it’s simply due to the news hype. But what is clear is that a lot of investors will be eyeing this move as a potential to profit.