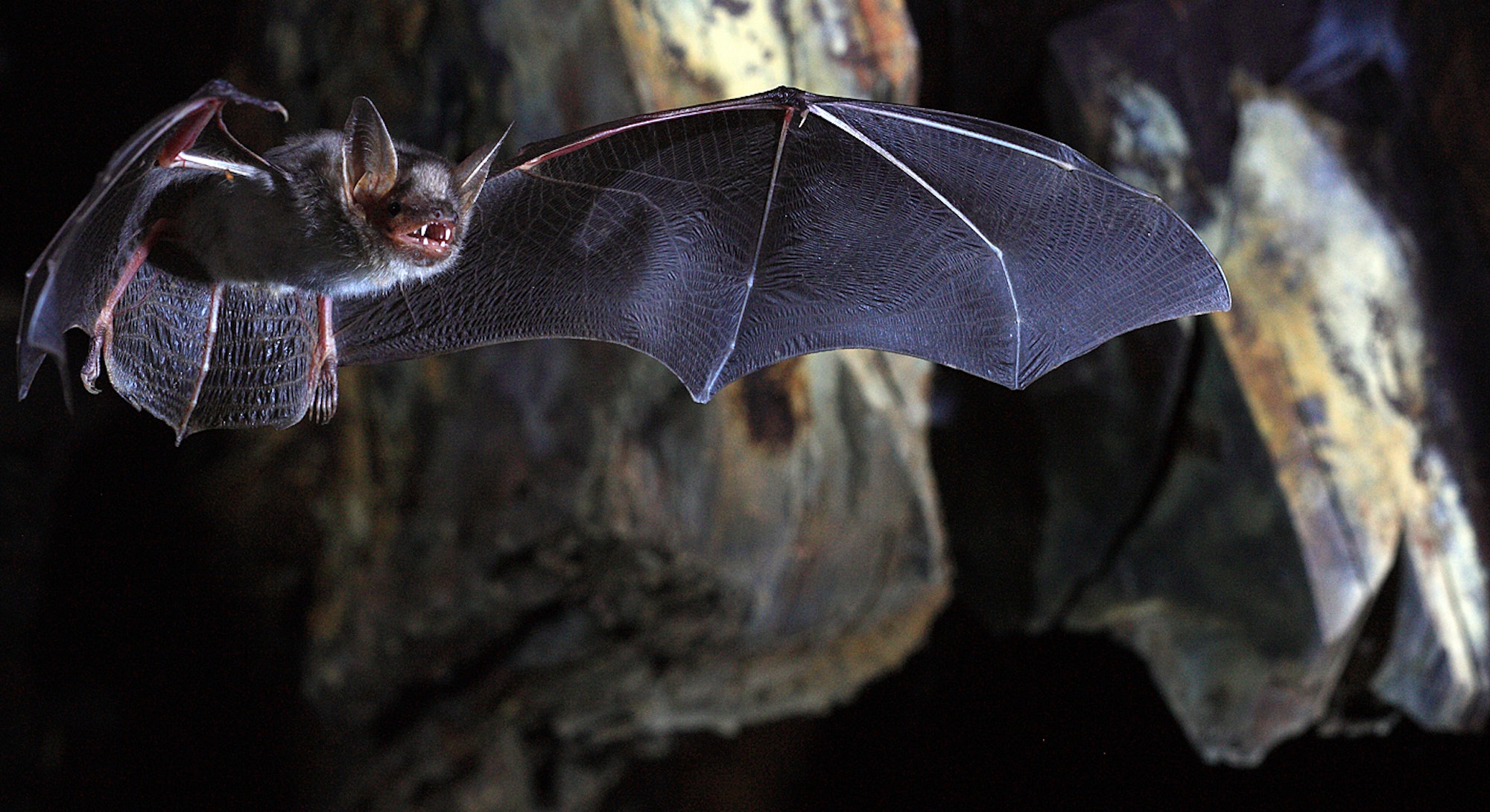 Achieving eternal life has long been on humanity’s to-do list, but until we figure out how to upload consciousness to the cloud, we’ve got to make the best of our aging, increasingly decrepit skin suits. Fortunately, extending their shelf lives to unprecedented lengths is becoming a serious possibility, now that we’re starting to understand how the world’s longest-lived mammals survive so much longer than we’d expect.

Of all the mammals on the planet, the furry, fanged Myotis myotis bat is by far the longest-lived for its size, living up to 35 years despite being not much bigger than a mouse. The bat is the central figure in a longevity study published Wednesday in Science Advances in which an international team, hypothesizing that the bats’ uncannily long life spans have a genetic basis, uncovered evidence supporting telomere lengthening, one of the most compelling theories for life extension known to science.

“These results provide another clue into unraveling how this can happen,” said study co-author and University College Dublin biologist Emma Teeling, Ph.D., in an e-mail to Inverse. “They provide an exciting framework in which to explore novel ways to help is maintain good health for longer!”

Myotis myotis bats are only the size of a lab mouse, but they can live for up to 35 years.

In 2009, the biologist Elizabeth Blackburn, Ph.D., won the Nobel Prize in Physiology or Medicine for her research on telomeres, the protective ‘caps’ at the end of our DNA that naturally get shorter as our cells divide, leading to what we call aging. This discovery led to the notion, still central to longevity research today, that if we could find a way to keep the telomeres from shortening, it would likewise prevent our cells from aging. Blackburn found that an enzyme called telomerase is responsible for maintaining telomere length, which suggested that it may hold the key to controlling the rate at which we age.

Now, nearly ten years later Blackburn’s discovery, Teeling and her co-authors found that some of the telomeres of long-lived Myotis bats do not shorten as they age. Sequencing the bat genomes showed that, in addition to genes for telomerase, the bats have 21 other telomere maintenance genes that are much more active than they are in the genomes of the three other bat species considered in the study — none of which had especially long lives.

Their most notable finding is perhaps the fact that the bats, like humans, don’t express telomerase in their blood cells, “suggesting that telomere maintenance in this species is unlikely to be mediated by telomerase,” they explain in the paper. If it isn’t telomerase that’s doing the telomere-maintaining — and, by extension, life-lengthening — then the long lives of the bats likely have something to do with the 21 maintenance genes they identified.

Unlike in humans, many of the telomeres in Myotis myotis do not shorten as they age.

Since the bat genome has some significant overlap with that of humans, the researchers were able to use the human genome as a reference tool to help determine what those genes might actually do.

“We use what we know from humans to predict the function of those 225 genes that we studied,” says Teeling, referring to the initial group of potentially telomere-linked genes that was later pared down to 21. “Therefore finding that some are evolving differently in bats [or] are expressed in a different way can drive our understanding of how better to finds ways to lengthen human health span without driving cancer.”

Their analysis turned up genes with key roles in keeping telomeres intact, like ATM and SETX, which repair and prevent DNA damage. Taking the 21 genes together, “14 are enriched for DNA repair, and 5 for alternative telomere-lengthening mechanisms,” the researchers write. Discovering whether we have those same genes — and how to manipulate them into making our telomere shortening process more bat-like — could someday shift the future of human aging.

Bats, like humans, are outliers when it comes to longevity. For most mammals, lifespan is linked to size: Small species like shrews live fast and die young, while large species, like the bow head whale, live slow and long. As we know, Myotis lives far longer than such a tiny animal should, and humans, who are relatively not that big, have outsmarted their way into living much longer than many mammals, though we have not yet figured out how to age without running into physical and health-related problems.

The hope is that we might someday age as gracefully as bats, using their biology as a template on which to model our own attempts at intervention. Their telomeres, it seems, make up a big part of their ability to live so long, but, as the team has pointed out in previous studies, bats have also “evolved different methods of DNA repair, anti-cancer mechanisms and anti-inflammatory processes” that might add to their ability to live so long.

“Bats have bucked this trend and as a group appear to be the most resistant to the ageing process. They have naturally evolved longer healthspans,” says Teeling. “Therefore studying bats in an ageing context and assessing the molecular changes that occur in these individuals that let then slow down predicted ageing will give us a novel insight into how humans can to this.”