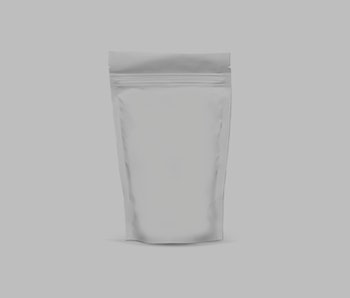 When Soylent hit the market it was a novelty item (get it?) in search of a non-novelty audience. It found one — more or less. Though some people still subsist on the stuff after losing bets, Soylent has many loyal customers who eagerly consume the company’s kinda-gooey product. Now, a British company called Huel is trying to hone in on the nutrition-without-taste game. But how the hell do you market something that will keep you alive when it has no other discernible characteristics? Well, it’s tricky.

The Huel intro video is a master class in deflection. Julian Hearn, the human fuel’s inventor, talks about garbage and fast food, erecting a few straw men then knocking them down. After that, we see a woman running and sipping out of a Huel bottle because this is a lifestyle brand? Well, it kind of is. Like Soylent, which has a distinctly similar stripped-down visual approach, Huel can’t sell itself as food. Huel is not food. Huel is an environmentally friendly shortcut.

The real selling point for both Huel and Soylent is that they both save time and money (they are probably better for the environment too, but so is eating the tomatoes in your garden). They don’t give consumers something. They allow consumers to avoid something. And, like proving one, selling a negative is damn hard.

Trying to differentiate between the two products is impossible online and presumably difficult in person. After all, they’ve been engineered to taste like nothing. What does that mean for the companies putting this stuff out: Price point is everything. If you’re going to sell efficiency, you’ve got to be efficient about it, and making something cheap is the one way to guarantee that.

More like this
Science
Sep. 23, 2022
Three everyday beverages that may taste worse because of climate change
By Tara Yarlagadda
Science
17 hours ago
The secret to saving our planet may be lurking in the dirt under our feet
By Tara Yarlagadda
Science
Oct. 2, 2022
Climate change could make one household pest increase its path of destruction
By Lucas Cernusak, Amy Zanne, Alexander Cheesman and The Conversation
Related Tags
Share: