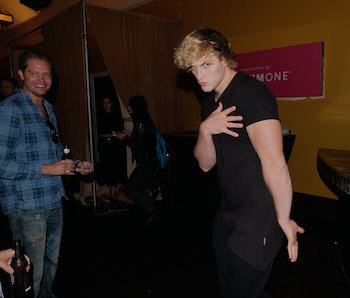 After YouTube star Logan Paul posted an insensitive vlog on Monday showing a dead body that he and his bro-friends found in Japan’s Suicide Forest, the internet exploded in rage.

On Wednesday evening, Paul tweeted that he would be going on a YouTube break “to reflect.”

This was after he had posted a somewhat tone-deaf attempt at an apology.

In it, he wrote: “I didn’t do it for views. I get views. I did it because I thought I could make a positive ripple on the internet, not cause a monsoon of negativity. That’s never the intention. I intended to raise awareness for suicide and suicide prevention.”

Paul’s apology was widely called out, including by Game of Thrones actress Sophie Turner, for being “mocking” and “self-praising”.

He later published a slightly more heartfelt apology on Youtube. “The reactions that you saw on tape were raw, they were unfiltered. None of us knew how to act or how to feel,” he says. “I should have never posted the video, I should have put the cameras down and stopped recording what we were going through.”

You can watch the full video below:

While his YouTube channel has not posted any new vlogs since, his channel has actually gained 43,000 new subscribers.

Polygon reports that Paul has gotten a strike from YouTube for violating its community guidelines, but with its three-strikes-you’re-out-policy, it’s unclear what kind of punishment this will ultimately be.

This is not the first time Paul — or his even more immature younger brother, Jake Paul — have exhibited problematic behavior, as Inverse has previously covered, but it seems like they never learn their lesson.

More like this
Gaming
Jan. 25, 2023
"Mindboggling" Launcher layoffs prompt outcry and tributes to WaPo gaming vertical
By Jess Reyes
Entertainment
Jan. 27, 2023
Onyx the Fortuitous and the Talisman of Souls is a cringe comedy as overlong as its title
By Andy Crump
Culture
Jan. 22, 2023
Amazon's selling a ton of these cheap things that make your home so much cooler
By Rebecca Martinson
LEARN SOMETHING NEW EVERY DAY.
Related Tags
Share: