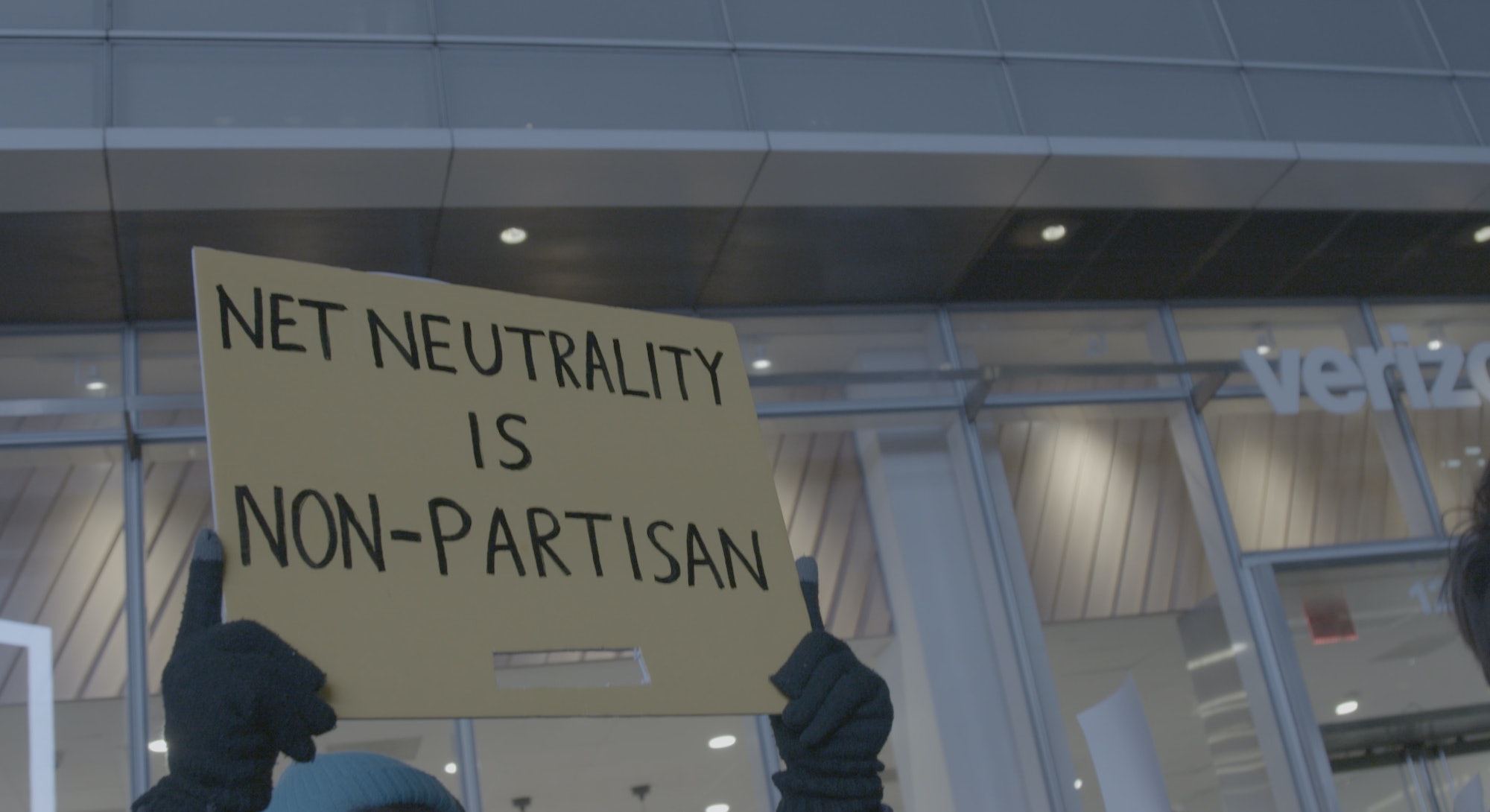 Hundreds of protests around the country took place on Thursday night outside Verizon stores, as activists called for the preservation of the net neutrality, which is the common name for a set of consumer protections that treat the internet as utility.

Verizon stores were the target because the communications company, which provides an estimated five million internet connections in the United States to houses, offices, bars, restaurants, and banks, is for removing the protections, which would enable it to charge more for certain types of internet content.

Ahead of the FCC’s meeting on December 14, where the five-person commission (filled with three Republican and two Democrat appointees), is expected to do away with net neutrality protections in favor of Chairman Ajit Pai’s “Restoring Internet Freedom Order,” protestors brought signs and loud voices outside Verizon stores.

Below are photos from protests around the country on Tuesday night.

This LAN Was Made for You and Me:

Verizon Has Become the Most-Targeted ISP by Net Neutrality Advocates: