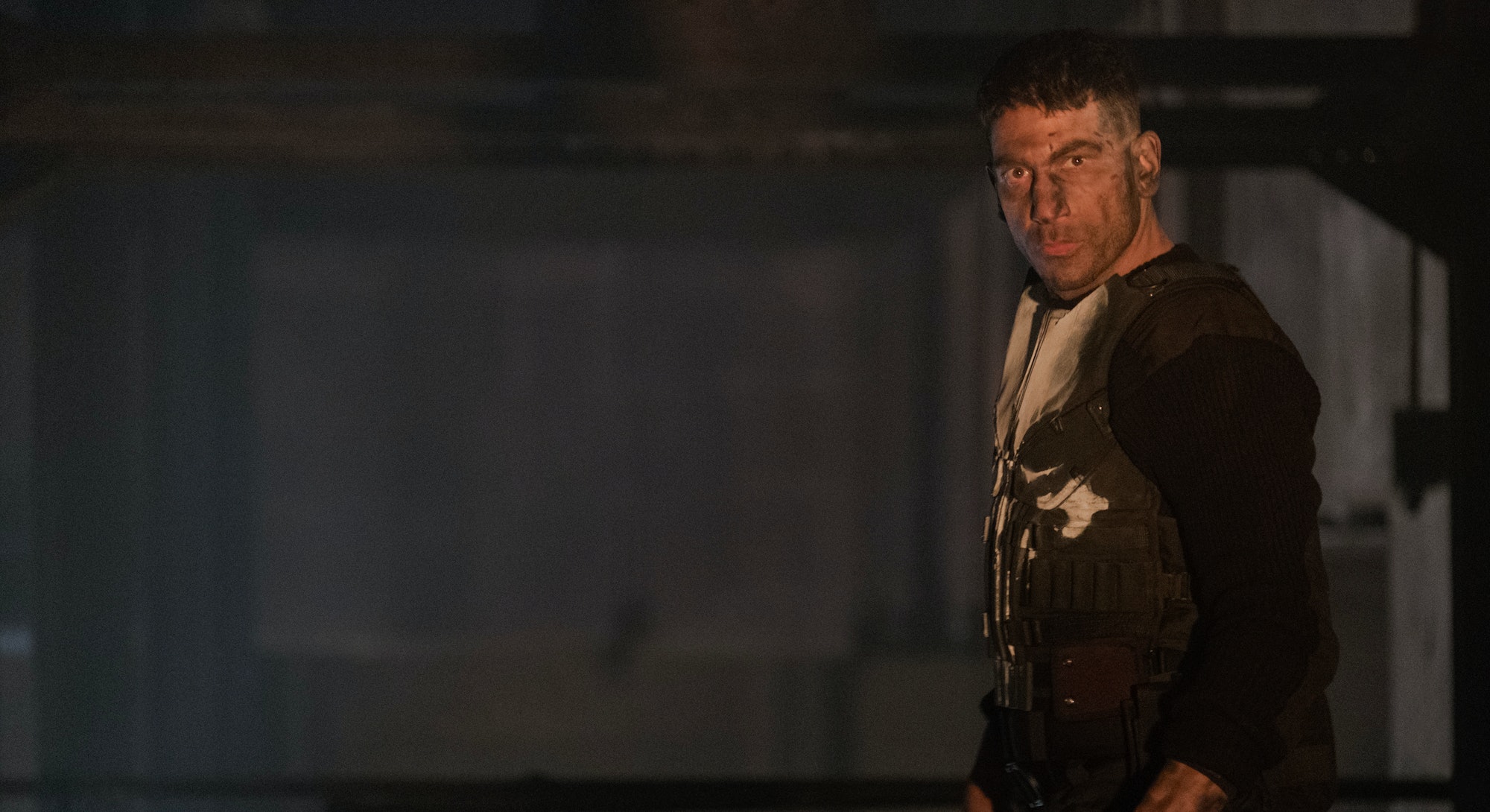 Frank Castle is a Marvel character unlike any other. While most superheroes have superpowers and dress in colorful costumes, Frank Castle, also known as “The Punisher,” opts for black tactical gear and chooses firepower over fire powers. Because of his lethal, due-process-be-damned approach to crime fighting, the Punisher is a divisive character, especially in the climate of American gun control. He is also crazy popular, and has been since his debut in 1974.

But to co-creator and writer Gerry Conway (he shares creator credit with artists John Romita Sr. and Ross Andru), the Punisher means something more than lawlessness and weapon fetishization. Unfortunately, people that Conway despises, or at least strongly disagrees with, love his creation too.

“If Frank Castle means to you somebody who stands for what he believes in and is willing to accept the consequences of those beliefs, whether right or wrong, I’m with you,” Conway tells Inverse in a phone interview. “If what he stands for is a disregarding of the law and setting vigilante action above the law, then [we] would disagree.”

After three movies, several cartoon appearances, video games, and of course, decades of comic books, Frank Castle is now an emotionally complex anti-hero in his new Netflix series The Punisher starring Jon Bernthal. Upon its premiere in mid-November, critics pondered the relevance of Frank in 2017, a record year for mass shootings in U.S. history. It should be lost on no one why Marvel pulled the show from its appearance at New York Comic Con in October, just days after a domestic terrorist opened fire at a Las Vegas music festival.

“For those who might be slow on the uptake, the credits conclude with an arsenal of weapons slowly coalescing into the Punisher’s infamous skull logo,” wrote Laura Hudson in her review of the series for The Verge. “The Punisher equals guns. Got it.”

The Punisher equals guns, yes. But can there be more to Frank Castle, an ex-soldier who arms himself to the teeth in a futile effort to end crime? Is there a reason why a character like the Punisher continues to resonate despite better judgement? At the very least, it’s worth knowing how the Punisher was birthed into popular culture.

Conceived as a B-list Spider-Man villain in 1974, “The idea was to create a secondary henchman to introduce the Jackal,” recalls Conway about the Punisher’s debut in issue #129 of The Amazing Spider-Man. “I thought this would be a one-shot throwaway character, but in development as we got through the character and the name, it became clear this was a character with more potential.”

Conway lived and worked in New York City in the 1970s, and was more than aware of the city’s uptick in crime.

“The time was a time of a lot of social anxiety in New York City,” Conway says, “Some of the response to that was vigilantism.” Popular books like Death Wish and Clint Eastwood’s Dirty Harry movies marked the era, allowing audiences to indulge in the fantasy of someone tough enough to take matters into their own hands when the law fails.

“We were weak on criminals and the proper response was to take them down,” Conway says, in the hypothetical. “I saw that as a morally flexible question to say the least.”

As a different breed of comic book “hero,” the Punisher had his fans in the ‘70s, but it was in the ‘80s where Frank Castle really got hot. “You had at that time a national government that was very aggressive,” explains Conway. It was the Reagan years. “We had this notion that as a nation we needed to break the rules. In that era, the Punisher was able to take on a ‘heroic’ mantle, than being an anti-hero that was frowned upon. People were prepared embrace him. Readers embraced him as an actual hero because of what was going on.”

From the ‘80s onward, the Punisher became a popular symbol for cops and soldiers. The character had a resurgence in the 2000s, through films like The Punisher in 2004 and Punisher: War Zone in 2008. Chris Kyle, the U.S. Navy SEAL and subject of American Sniper, appropriated the skull as his own which boosted the character’s resonance among conservative audiences.

“I thought this would be a one-shot throwaway character, but in development as we got through the character and the name, it became clear this was a character with more potential.”

Alarmingly, go farther into the fringes of contemporary right-wing politics and Frank Castle is still there. His logo can be seen on patches and spray-painted on shields, particularly those carried by neo-Nazis who marched in Charlottesville in 2017. This really sets off the Punisher’s co-creator.

“They’re despicable human beings, and Frank Castle would have all of them in his crosshairs,” Conway says about Nazis. “The fact that white nationalists and Nazis embrace it is a tragic misunderstanding. It’s a misappropriation of the character and a blatant disregarding of reality. They literally do not know what they are fucking talking about.”

The Netflix series isn’t the only adaptation of the Marvel character. But its prominence as a Netflix Original and its loose connections to the Avengers franchise make the new Punisher a compelling, and curious, product in 2017. “For personal reasons I never watched the movies,” Conway tells Inverse, “because at that point Marvel and I weren’t really on speaking terms. I felt I wasn’t being credited or acknowledged.”

But the Marvel/Netflix series recognized Conway, who says he’s “really fond” of Bernthal’s Frank Castle. “I think they got right that he’s a semi-tragic figure, the fact that his family was killed [and] has driven him past a moral boundary that he himself is aware of, but he can’t stop now. He’s compulsive. He’s no longer rational. That’s the sad thing.”

Gerry Conway knows he can’t control what people think. And hell, he has plenty of Punisher merch of his own. “For me it’s pride of creation,” he says.

It’s an inkblot, that white skull, a symbol embraced by comic book nerds and police and armed soldiers alike. It can mean whatever you want it to mean. “It can be an embrace of the ambiguity. It can be because you like the character and you don’t have a political point,” says Conway, who tours comic book conventions and meets fans who let him know what Frank Castle means to them. He appreciates the creative difference he’s made on people’s lives, even those with whom he would disagree.

“Everybody brings to it their interpretation, and I have no problem of any of those, so long as there’s a fundamental understanding that this is not a good guy,” he says. “I’m certain there are people who wear the Punisher without even knowing what it’s about. You can’t get into people’s heads.”

Marvel’s The Punisher is now streaming on Netflix.