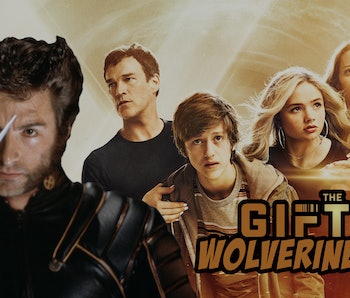 Was Wolverine in the Fifth Episode of The Gifted?

Was Wolverine Mentioned in the Fifth Episode of The Gifted?

Were the X-Men Mentioned in the Fifth Episode of The Gifted?

No, which seems to be a bit of a pattern on The Gifted, which is doing an admirable job of being an X-Men show that’s not really about the X-Men at all. We did, however, learn more about that fabled “July 15 Incident.”

That incident, one which The Gifted’s creators compared to 9/11, took the life of Agent Turner’s 7-year-old daughter (the ending of the episode, when Turner has to re-learn that Grace is dead, is pretty brutal). July 15 began as a peaceful protest, but it got wildly out of hand, though how, exactly, remains to be seen.

While Polaris is interrogating Turner, she says the phrases “not all mutants” and “a lot of people died on both sides.” Which is, well, kinda weird! Usually, mutants are a stand-in for real-life persecuted groups, but “not all men” is a phrase typically thrown about by white dudes, the least-persecuted of all groups. “A lot of people died on both sides” brings to mind President Donald Trump’s comments about fault lying on “both sides” during the deadly white supremacy protest in Charlottesville. This is not language that really jives with what X-Men and mutants are all about.

But, hey! The “next week on preview” included the line “the X-Men said a war is coming.” So, probably gonna be some X-Men action then. Will Wolverine show up?