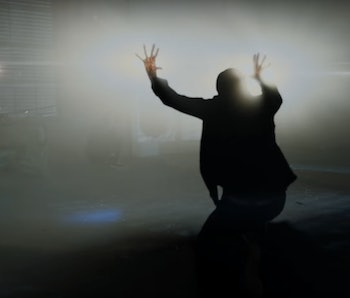 Because you can never have enough mutants, four fan-favorite X-Men will be making the jump to TV in Fox’s upcoming series, Marvel’s The Gifted.

Co-created by X-Men alumnus Bryan Singer and Burn Notice creator Matt Nix, the series stars Stephen Moyer (True Blood) and Amy Acker (Person of Interest) as “a suburban couple whose ordinary lives are rocked by the sudden discovery that their children possess mutant powers. Forced to go on the run from a hostile government, the family joins up with an underground network of mutants and must fight to survive.”

As reported by Collider in January, Nix said X-Men fans “would not be disoriented as to where this fits in the mythology,” meaning there will be a connection between the X-Men films and The Gifted.

But who are these “new” mutants Marvel is wrapping up in the events of The Gifted? Most of their secret identity names have been changed, but their superhero names remain the same.

First up is Eclipse, who will be going by Marcos Diaz (Teale). Eclipse is a mutant from Earth-11326, which appeared in the Age of X storyline in Marvel’s comics. Earth-11326 actually makes sense for the story The Gifted seems to be setting up, as anti-mutant sentiments were strong in Age of X, and rebel factions broke out all over the place. Eclipse, aka Roberto “Bobby” da Costa, was a freedom fighter and tracker who also went by the name Sunspot, linking him to the Roberto da Costa of Earth-616, Marvel’s regular continuity. On Earth-616, da Costa is a hot-headed Brazilian millionaire with solar radiation absorbing abilities that give him thermokinetic powers, increased strength, and the ability to fly.

Sunspot (portrayed by Adan Canto) appeared in 2014’s X-Men: Days of Future Past, working with a team of mutants to hold off the Sentinels in the dystopian future. He was the fire-powered dude you remember flying around and working with Iceman.

Clarice Fong’s Blink (Chung) is riffing off Clarice Ferguson’s Blink, who was played by Fan Bingbing in Days of Future Past. She’s a fan-favorite member of the X-Men and is often portrayed as an unstable mutant with a loose grasp on her powers. More recent iterations of Blink have given her confidence and control, especially alternate universe storylines such as “Age of Apocalypse” (1995), so the Blink in The Gifted could go either way. Blink has teleporting abilities and can teleport herself, others, and inanimate objects. She can also do some serious damage by only teleporting part of something — whether that something be an inanimate object or a person.

Polaris (Dumont) will be going by her comics name, Lorna Dane. After a run-in with a psyche-generator in the original X-Men series, Lorna’s latent electromagnetic powers were revealed, giving her control over electromagnetic fields that she can use for offense, defense, and for flight. Polaris has a bit of a sketchy history, morphing into a villain when she was possessed by an evil, telepathic entity and became the supervillain Malice. Outside of a name listed in one of Stryker’s computers as an Easter egg in X2: X-Men United, Polaris has never existed before in the cinematic X-Men universe, making The Gifted her live-action premiere.

The final confirmed X-Men in The Gifted is John Proudstar’s Thunderbird (Redford). Born on an Apache Indian reservation in Camp Verde, Arizona, John joined the U.S. Marines at an early age, where he learned to fight and defend himself. Proudstar eventually becomes a member of the X-Men, although he doesn’t have any mutant powers beyond superhuman strength, speed, and sense. He actually dies twice in comics continuity and is most closely associated with his younger brother James Proudstar, better known as the mutant Warpath, who’s a slightly more enhanced version of John. An alternate Warpath (with senses so sharp they resembled a foresight ability), played by Booboo Stewart, appeared in Days of Future Past alongside Blink and Sunspot.

Thunderbird’s two-time death in Marvel comics doesn’t give much hope for John’s fate in The Gifted. So, here’s hoping Redford isn’t taken out as quickly as expected.

The Gifted is not currently tied to a release date.