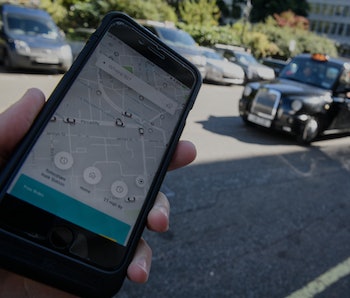 Uber’s CEO has written an open letter to Londoners apologizing for the company’s behavior, admitting the company “got things wrong” and reiterates that it plans to appeal the city’s recent decision not to renew its private hire operator license.

Dara Khosrowshahi published the open letter in Monday’s Evening Standard. In it, he highlighted Uber’s contributions to the city like wheelchair-accessible vehicles and the clean air plan to tackle pollution.

It’s one of the first major moves by Khosrowshahi after he took over as CEO last month. Travis Kalanick, the previous CEO and a company co-founder, resigned in June after months of scandals including a company-wide probe into harassment allegations.

The agency announced on Friday that it would not renew Uber’s license after it expires on the last day of this month. The company can continue to operate until any appeals processes have come to an end. In its statement, Transport for London pointed to the company’s “approach and conduct,,,” which demonstrate “a lack of corporate responsibility”, as well as its approach to reporting serious criminal offenses and how medical certificates are obtained.

Transport for London also raised concerns around Uber’s “approach to explaining the use of Greyball in London.” The controversial tool was revealed in March as a system for discouraging drivers from picking up certain passengers, and it was claimed that the company used it to flag enforcement officers.

Uber told Inverse in a previous statement that this feature was used for protecting drivers from people looking to harm them, and an independent review found that Greyball had never been used in the U.K. for the purposes cited by TfL.

Sadiq Khan, mayor of London, has supported the agency’s decision.

“All private hire operators in London need to play by the rules,” he posted on his Twitter page Sunday. “The safety and security of Londoners must come first.”

Although Khosrowshahi’s letter suggests the company is willing to change, a senior executive suggested earlier in the day that the company did not understand how it needed to change.

“Sitting down with TfL representatives as soon as possible would be the most helpful thing to really understand their concerns, to work out what they are,” Fred Jones, head of cities for Uber UK and Ireland, said on BBC Radio 4. “It is just not clear to us what those concerns are.”