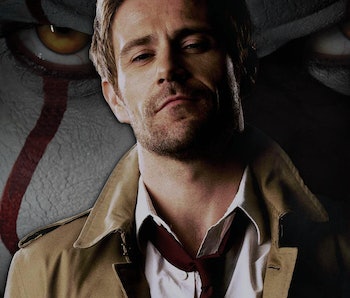 The DC superheroes are joining forces this November in Justice League, but their supernatural counterparts in Justice League Dark are in limbo. While Andy Muschietti (Mama) seemed to be the one to take on the project, early buzz for Muschietti’s It has derailed those plans.

In a report from Deadline, Warner Bros. recently eyed Muschietti to take over for Doug Liman (Edge of Tomorrow) for Justice League Dark, a horror-themed superhero ensemble movie based on the 2011 DC Comics series. But Muschietti’s adaptation of the Stephen King novel It, which will be released in theaters on September 8, has generated serious pre-release hype and acclaim from critics, indicating a possible new franchise for New Line Cinema.

After It, it’s more than likely Muschietti will stay in King’s world, which is keeping Justice League Dark from moving forward immediately. In the same report, Warner Bros. has apparently started over by hiring screenwriter Gerard Johnstone (Housebound) to perform some script polishing.

Muschietti and Liman haven’t been the only directors attached to Justice League Dark. Back in 2012, Guillermo del Toro was rumored to write and direct the film, which he confirmed at a convention in 2013. In 2015, del Toro left the movie. Earlier this year, when Liman was still attached, he told Inverse he finally had a script he was satisfied with. Shortly afterward, Liman exited the film.

It will be released in theaters on September 8.