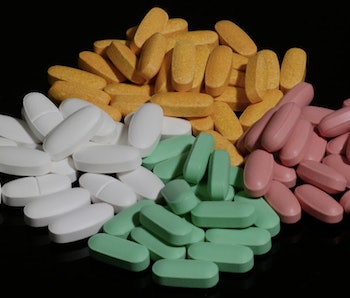 If you want to sell drugs on the dark web, a new study suggests that being trustworthy can bring you more business than low prices or a variety of products.

Delivering what’s been promised and keeping your buyer’s identity a secret is key, according to a paper by researchers at Ohio State University’s department of sociology that was published in the Journal of Quantitative Criminology. It’s the first study that examines the network of an encrypted drug distribution network in order to provide observations on its users.

It’s probably a good idea, too. Like most other financial transactions in our lives, buying things is moving more and more into an online space — and that includes buying things to get high.

“The accessibility and ease of purchasing illegal drugs online opens up a global market where buyers and sellers are no longer constrained by locality and buyers have more options and diversity in product selection,” Dana Haynie, a professor of sociology at Ohio State and co-author of the study, said in a press release.

The researchers collected data from all transactions involving opioid dealers in one large drug distribution market on the dark web over a six-month period. All the information the researchers collected was available to anyone within the market — which can only be accessed anonymously with Tor — including the usernames of buyers and sellers, and even evaluations that can be given by both parties following every transaction. Seller’s reputation scores helped researchers calculate their trustworthiness. The study gathered information from 57 sellers and 706 buyers.

The study showed that after making an initial purchase, only 30 percent of those who ventured out to buy again sought out a different vendor. Buyers were also pretty casual; 82 percent of them only made one purchase over a six-month span.

“Although a few central vendors direct a high degree of traffic, many vendors struggle to cement one sale or to even establish a regular base of buyers,” the study notes.

Researchers chalk this up to the reputation scores available within the market. Like Yelp or TripAdvisor, drug buyers are also looking to choose what has the best reviews, perceiving this to imply trustworthiness.

Researchers note that this semi-monopolized market doesn’t bode well for users if suppliers ever get busted. Based on this study, if authorities could manage to take down just a few suppliers, the whole market would suffer tremendously:

“The ‘power vacuum’ effect seen with other forms of crime, such as gangs, where a crime boss’ removal results in multiple other key players struggling for their position of influence, may even be reduced when high profile vendors disappear because the few remaining vendors would lack the necessary reputation to jockey for new customers. This may also indicate that online drug distribution networks may be slow to recover from focused deterrence, with the caveat that a significant amount of high profile vendors would have to be removed simultaneously.”

Of course, with the dark web’s anonymity, the challenge for authorities will be infiltrating these networks and tracking down identities.