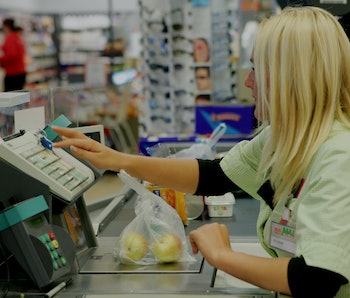 The food stamps program — which was actually renamed the Supplemental Nutrition Assistance Program (SNAP) in 2008 — is one of the most important federal aid programs in existence, but that didn’t stop President Donald Trump from suggesting to slash its funding by 25 percent in his recent budget proposal. What exactly is SNAP, and what does the future of the program look like, whether or not Trump’s proposed cuts are adopted?

Program recipients use electronic benefit transfer (EBT) cards — which used to be paper coupons called “stamps” — to help them pay for food. In 2016, 44.2 million Americans received SNAP benefits at a monthly average of $125.51 per person. President Lyndon B. Johnson created food stamps in 1964 (he was inspired by a Depression-era program) as a part of the War on Poverty, and they have been helping the country’s neediest citizens ever since.

To qualify for the program, a single person’s annual income must be less than $15,144, and a family of four’s must be beneath $31,596. Working-age, able-bodied adults without young children must work at least 20 hours a week, although the federal government sometimes grants short-term waivers in particularly needy places when that area’s local government demonstrates that there literally aren’t enough jobs to go around.

SNAP is the closest thing the United States has to a minimum income, but it’s not an income substitute. First of all, $125.51 per month means $1,506.12 a year, which is about a tenth of the current federal minimum wage. Clearly, that doesn’t come close to covering the amount of money a person needs to survive.

But, besides that, SNAP only covers food and drink — and just certain kinds. You can’t buy alcohol, vitamins, or the hot or prepared food at a grocery store (though you can use the card at some restaurants, in certain places).

So the idea — sometimes suggested in conservative circles — that SNAP benefits are exorbitant handouts and create “welfare queens” is ridiculous. Instead, they are an extremely important aid program that helped almost 14 percent of Americans survive last year. A growing body of research shows that they are effective at reducing extreme poverty and improving children’s long-term health.

Trump’s latest budget would cut SNAP by about 25 percent, or $193 billion, over the next decade. It seems unlikely that the budget will pass in its current form, though the program could still receive substantial cuts.

But there are progressive dreams for SNAP, too. Certain states have created programs that incentivize using the EBT card at farmer’s markets and local businesses, and some people hope to expand these. Some commentators have suggested broadening the items purchasable through SNAP to include essential non-food items, like diapers, toothbrushes, and tampons. These changes could very well be in the pipeline for SNAP, but they are unlikely to occur at the federal level under the Trump administration.

For information about how to apply for food stamps, go here.