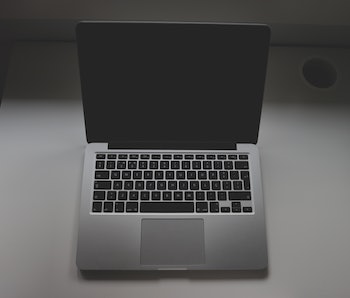 The United States’ ban on electronics larger than a smartphone — laptops and tablets, primarily — from being included in carry-on luggage for U.S.-bound flights affects only ten airports in Africa and the Middle East, but this week the Trump administration said the crackdown could extend to flights from some European airports, too.

On Tuesday, the Department of Homeland told USA Today that an expansion of the ban was possible, despite an earlier Politico report to the contrary. It remains unclear right now how far the ban will go, but the Manchester bombing, fresh in the public’s mind, is the most recent case of terrorism spreading to Western Europe. John Kelly, Homeland Security Secretary, said Tuesday that the ban’s expansion to Europe was “still on the table.”

The ban started back in March, when the U.S. government’s “aviation security enhancements” directly affected flights from 10 airports in Egypt, Jordan, Kuwait, Morocco, Turkey, Saudi Arabia, and Qatar. The DHS explained in a Fact Sheet that the Islamic State was working on a “laptop bomb.” And lo, the ban has remained in place.

Crucially, carry-on bans reroute potentially dangerous objects from the lower-tech carry-on review process (the security line passengers go through) to the far more stringent checked-baggage processing (what happens after you check a bag). What might slip past less-regulated technology in the security line won’t fool the high-tech screening devices that scan checked luggage.

“The goal is to achieve 100 percent security, but everybody knows that that’s not really an achievable goal,” says Robert Liscouski, an Executive Vice President at Implant Sciences, a firm that specializes in explosives and drug detection systems, and a former assistant secretary for infrastructure protection for the DHS. So the challenge becomes getting as close to perfect security with the resources at hand. At some point along the way, that meant banning laptops.

Why laptops and electronics, specifically?

Laptop bombs, like the one most recently used in the Daallo Airlines Bombing in 2016, are often remarkably low tech.

Explosive experts say that bomb was an easy spot. But Liscouski said that electronics are often nevertheless the best place to hide an improvised explosive device, because they usually have electronics and large spaces of solid powders or substances, like a battery. In 2010, terrorists smuggled a cleverly-disguised bomb in printer cartridges that could have gone undetected if it hadn’t been thwarted before it reached the airport. For an expert bombmaker, any electronic device is a tempting place for an IED.

Ok, but my laptop goes in a separate bin through security. Why would putting it in my checked bag help?

Liscouski says putting electronics in checked baggage has two advantages. One, the X-ray and security procedures that checked baggage goes through is often much more rigorous and sophisticated than the carry-on security checkpoints.

Second, putting potential explosives in checked baggage means they can’t be manually detonated. Liscouski explained that if a terrorist has possession of a device, like in the Daallo airlines bombing, they can choose a vulnerable part of the plane and wait for the right time to detonate.

“When you put something in the hold baggage, it’s kind of a random approach,” Liscouski said.

In the Daallo bombing, the IED detonated early, before the plane had reached full altitude, and the bomber was the only one who died. If it had happened at full altitude, the results could have been much worse. A bomb in checked baggage forces the bombmaker to design a remote detonation device or a timed fuse, both of which make the device more complex.

Why place restrictions on certain airlines?

Liscouski is careful to stress that, despite appearances, he does not believe the initial ban on airlines based in Muslim-majority countries was politically motivated. But part of the security process involves assessing the level of risk from countries of origin — whether they’re a good intelligence partner, what hostile organizations are known to operate there, and what the technological capabilities of said organizations are. Ideally, attacks can be stopped before they’re fully put into action or disrupted at the source; airport security should be the last line of defense.

“By the time a bad actor gets into a security perimeter, you’re already behind the curve,” Liscouski says. “The further you are away from your perimeter, the better off you are.”

And it also relates to the second point — when you don’t know how good security is at the checkpoints, it’s better to put things in checked baggage, which Liscouski said is usually more up-to-date.

“Those countries may not have the latest technologies for checkpoints, but they may have them for baggage check. It’s a way of channeling your capabilities into the best places.”

Where does that leave us?

The United States, Liscouski said, has the best technology and the most thoughtful processes behind airport security, as do most major European airports. But even with the best technology, everything has to be properly implemented, which leaves room for human error and deception. In the Daallo bombing, the attacker received the bomb from an associate after he had gone through security. While the TSA loves to show off the things it catches on Instagram, it’s not a perfect organization — and security in other parts of the world is worse.

So if U.S. intelligence agencies decide that electronic-based IEDs are a credible threat, you might find yourself relegating your tablet or laptop to checked baggage. Hope you brought bubble wrap.