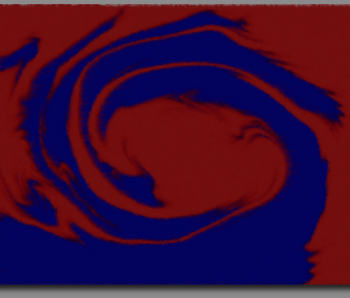 For sufferers of bipolar disorder, lithium is a miracle. Accidentally discovered in 1948 by Australian psychiatrist John Cade as a mood stabilizer, the salt helps ease the extremes of a patient in the throes of mania and the depths of depression.

But it wasn’t until this research published Monday in the Proceedings of the National Academy of Sciences that scientists understood why or how lithium helped bring relief to those with bipolar disorder. Lithium’s molecular activity at the brain cell level could lead to new diagnostic tests and better treatments for people living with bipolar disorder.

“Bipolar disease, to the surprise of many, is a highly prevalent, highly lethal, highly incapacitating disease. It’s the sixth leading cause of disability in the world,” Evan Snyder, senior author of the paper, says in a video release. The disorder is characterized by extreme mood instability, with patients experiencing depressions and manic highs, along with stigma.

Lithium has enormous and well-documented protective effects for many people with bipolar disease. However, it doesn’t work for everyone, and the side effects can be debilitating. “The only way that you can make a therapy better is to understand how it was working to begin with,” says Snyder.

The international research team — with scientists from Sanford Burnham Prebys Medical Discovery Institute, Yokohama School of Medicine, Harvard Medical School, and UC San Diego — used stem cells generated from adults with bipolar disorder who respond (or don’t) to lithium, exploring the effects of the chemical on molecular pathways in the brain.

They were able to locate the place where lithium acts on the cells, mapping connections forwards and backwards. The pathway they identified is critical to communication between nerve cells in the brain, the researchers discovered.

Stem cells from lithium-responsive patients showed a physiological difference in how a particular protein, CRMP2, is regulated. Activity of CRMP2 was lower in these cases, but the addition of lithium restored the protein’s activity to normal.

Understanding how this molecular pathway operates could lead to diagnostic tests that will identify which patients with bipolar disorder will respond to lithium treatment, and which will not. It could also lead to the discovery and improvement of new drugs that target this pathway more effectively and with fewer side effects than lithium.

More like this
Mind and Body
5.2.2022 12:30 PM
Just over an hour of weekly exercise reduces the risk of depression, scientists say
By Nick Keppler
Mind and Body
5.6.2022 7:05 PM
What overturning Roe means for medication abortion
By Katie MacBride
Mind and Body
5.14.2022 11:00 AM
How to treat adult ADHD: A psychologist explains medication and more
By Laura E. Knouse and The Conversation
Related Tags
Share: