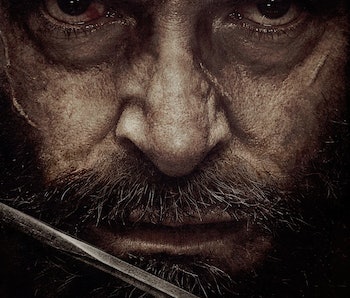 It’s the last ride for Hugh Jackman in Logan, and he isn’t leaving without one last fight. The end of James Mangold’s movie features one final, major roadblock at the end of Wolverine’s exhaustive journey with a young mutant named Laura (Dafne Keen).

Spoilers for Logan are below.

Laura, known as “X-23”, is a clone derived from Wolverine’s own DNA which kind of makes her his “daughter,” as she was born to a Mexican mother. And there were many more new mutants like Laura at Transigen. The company improved on X-23 with the logically named X-24: a stronger, bigger, and more vicious clone of Wolverine; the new guy resembles Wolvie in his peak physical form, as he was portrayed in 2013’s The Wolverine. X-24 kills Charles Xavier (Patrick Stewart) as well as the nice family that takes the mutant caravan in for the night during their road trip. Though Wolverine stops X-24 and Transigen for a little while, they return to stop Wolverine, Laura, and the rest of the new mutants from escaping to the Canadian border.

While evil clones are a staple trope in sci-fi and superhero comics, it carries more meaning in Fox’s X-Men movies. First and foremost, an evil Wolverine clone overseen by security guard Donald Pierce is a direct riff on the comics. In Wolverine #37 and #38, by Larry Hama and Marc Silvestri, Pierce creates an evil Wolverine robot named “Albert” — bathed in the same electrolytes as Lady Deathstrike — to go after Wolverine.

Second, Wolverine fighting a mirror image is a visual homage going way back to Bryan Singer’s original X-Men movie. In the third act of that film, Wolverine squares off against Mystique, who shapeshifts herself into Wolverine, which confuses his fellow X-Men. Logan, which takes place in 2029 and is the last film in the continuity, makes several mentions of X-Men, bringing Wolverine’s journey full circle. And it pays off, because here we are yet again witnessing Wolverine fighting “himself.”

Fighting clones was a suitable replacement for how the true comic that inspired the film, Old Man Logan, ended its story. Wolverine’s entire history began in The Incredible Hulk as an enemy of Bruce Banner. But in Old Man Logan, an apocalyptic alternate reality written by Mark Millar, the tables have turned, and now the Hulk is the antagonist of Wolverine.

In Old Man Logan, Hulk’s inbred hillbilly family bully Wolverine for rent money, forcing Wolverine and Hawkeye on a dangerous road trip across an America where supervillains reign supreme. Eventually, Wolverine comes back home and fights the Hulk in a vicious, brutal battle, in which Hulk eats Wolverine before Wolverine slices his way out of his stomach. But Hulk belongs to Disney-owned Marvel Studios, which is the obvious reason why Logan couldn’t be more faithful to the source text. But that’s not a bad thing, as Logan was forced to take a more dignified route.