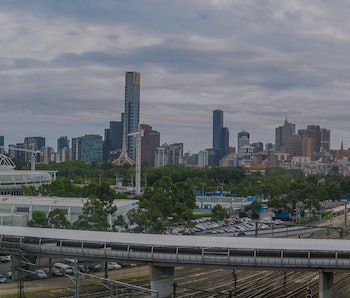 Solar power is on the rise down under.

South Australia could get all of its energy from rooftop solar panels by 2023, Australian Energy Council CEO Matthew Warren said Tuesday, as more people shift to renewable energy sources. This is good news for the environment, but it could also lead to problems as the state’s existing infrastructure tries to keep up.

Rooftop solar power is becoming more popular around the world. The United States is expected to hit 2 million installations by 2018, thanks to a combination of environmental concerns as well as tax credits and other financial incentives for going green.

Roughly 25 percent of homes in South Australia currently have solar panels installed, but Warren said that could change as traditional power grows more expensive. It’s a self-perpetuating cycle: As more people use solar power, the current grid has to raise its prices to remain stable, which pushes more people to install solar panels on their rooftops.

This is already causing problems for the electric grid. AEC said that 41 percent of South Australia’s electricity comes from wind or solar power, which “has not only led to a series of technical challenges” but “also increased wholesale price volatility as the state rebalances its supply from dispatchable plant to intermittent generation.”

The issue stems from solar power’s lack of reliability. Sometimes it gets cloudy, which limits photovoltaic cells’ ability to draw energy from the sun, and other times a home might simply require more electricity than its panels can produce. That’s when people fall back to the grid, but this leads to an unpredictable supply-and-demand relationship.

Elon Musk could be happy to hear that many people want to use batteries to address those problems. This means his efforts to combine Tesla and SolarCity, which finally happened on Monday, to prove that solar panels and battery storage are a match made in heaven weren’t wasted.

Tesla is tackling both problems. It makes batteries to store excess power for later use and developed a solar roof that could spur adoption by costing less than a normal roof and being more durable than solar panels.

Countries are going to encounter obstacles in their efforts to adopt clean energy. But given the dangers of climate change, and how far solar tech has come, those problems will simply have to be hurdled to make a meaningful difference.