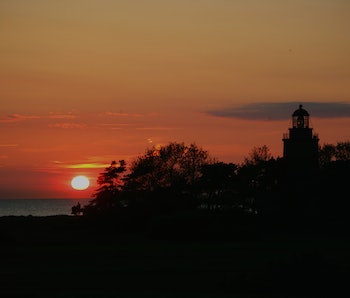 It can be hard to imagine a future in which an entire country uses solar, wind, and nuclear power for all of its energy needs. Industries were built on burning coal, natural gas, and other non-renewable fuels to generate electricity. Sweden’s plan to change that on Monday took another step forward when its finance ministry announced plans to only use clean energy by 2040.

Sweden is already said to get 86 percent of its energy from hydropower and nuclear power. Yet the country has been slow to adopt solar energy, which makes up less than 0.1 percent of its energy production, even as it tries to shift towards renewable energy sources. That might be because some parts of Sweden only get three hours of sunlight a day.

To encourage more solar use, Sweden’s finance ministry proposed a rule change that would reduce taxes on solar energy by 98 percent. This is unlikely to have an impact on individuals, as the tax is applied to large facilities, but it could lead more businesses to consider solar energy solutions.

Sweden’s rule change wouldn’t go as far as the United States in pushing solar energy. Here people can get tax breaks or subsidies on solar power, which could make a product like Tesla’s solar roof even cheaper than its predecessor, offering financial incentives to go green.

Not that everything is perfect in America. Energy companies in Florida have conspired to end third-party ownership of solar panels, which would likely make using solar energy more expensive than it is right now. (The amendment to make that change failed.)

There’s also been some controversy in Nevada, where Warren Buffett has complained about solar customers selling power back to the electric grid at inflated prices while simultaneously receiving subsidies and tax incentives.

But, for the most part, the U.S. government is keen on solar. That’s why solar power is the country’s fastest-growing renewable energy source, according to the U.S. Energy Information Administration, though it’s still not as popular as wind or hydropower.

It seems that Sweden will also be keen on getting power from the sun. Solar is unlikely to become the center of the country’s shift to renewable energy — which could also be said of the United States, at least right now — but if this proposal is passed, solar will at least be more attractive to Swedish businesses.

The proposal has to be accepted by Sweden’s parliament to go into effect. It also has to pass the European Commission in Brussels. Both obstacles are expected to be overcome some time in 2017. That’s one step toward a country that relies entirely on renewable energy; Sweden has another 23 years after that to continue plodding into the future.