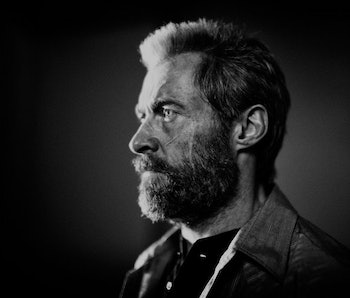 The official Instagram account for the upcoming X-Men film Logan continues to post artsy, black-and-white photos from the set, and the question on every fan’s mind is: Why not just release Logan in black-and-white?

Logan’s Instagram posts have provided some great hints for what to expect in the coming film, but as Logan’s actual premiere quickly approaches, it’s time to retire these steady teases and give fans what they are all expecting at this point: some kind of black-and-white version of the film in the same vein as the successful Mad Max: Fury Road special release in 2016. Judging by the trailer, a black-and-white Logan would be perfectly in line with the serious tone the film is trying to evoke. As a somber meditation and pseudo-Western, no superhero film is probably more appropriate for such a cinematic treatment.

Director James Mangold has teased villains, plot points, and possible conflicts through the black-and-white lens. The latest photo post, simply titled “Bullet,” shows off another mysterious, probably important moment in the film. Is this where Professor X or Logan get grievously injured? Maybe! But more importantly, will the eventual black-and-white Logan edition be a special feature on the Blu-ray or will there be a theatrical release at some point?

There is precedent for seeing everyone’s favorite violent mutant in monochrome. Marvel released the graphic novel Wolverine: Evolution in hardcover black-and-white back in 2007, and everyone remembers the most striking poster for The Wolverine featuring a monochrome Logan in calligraphy ink. A full black-and-white movie is just the next logical step.