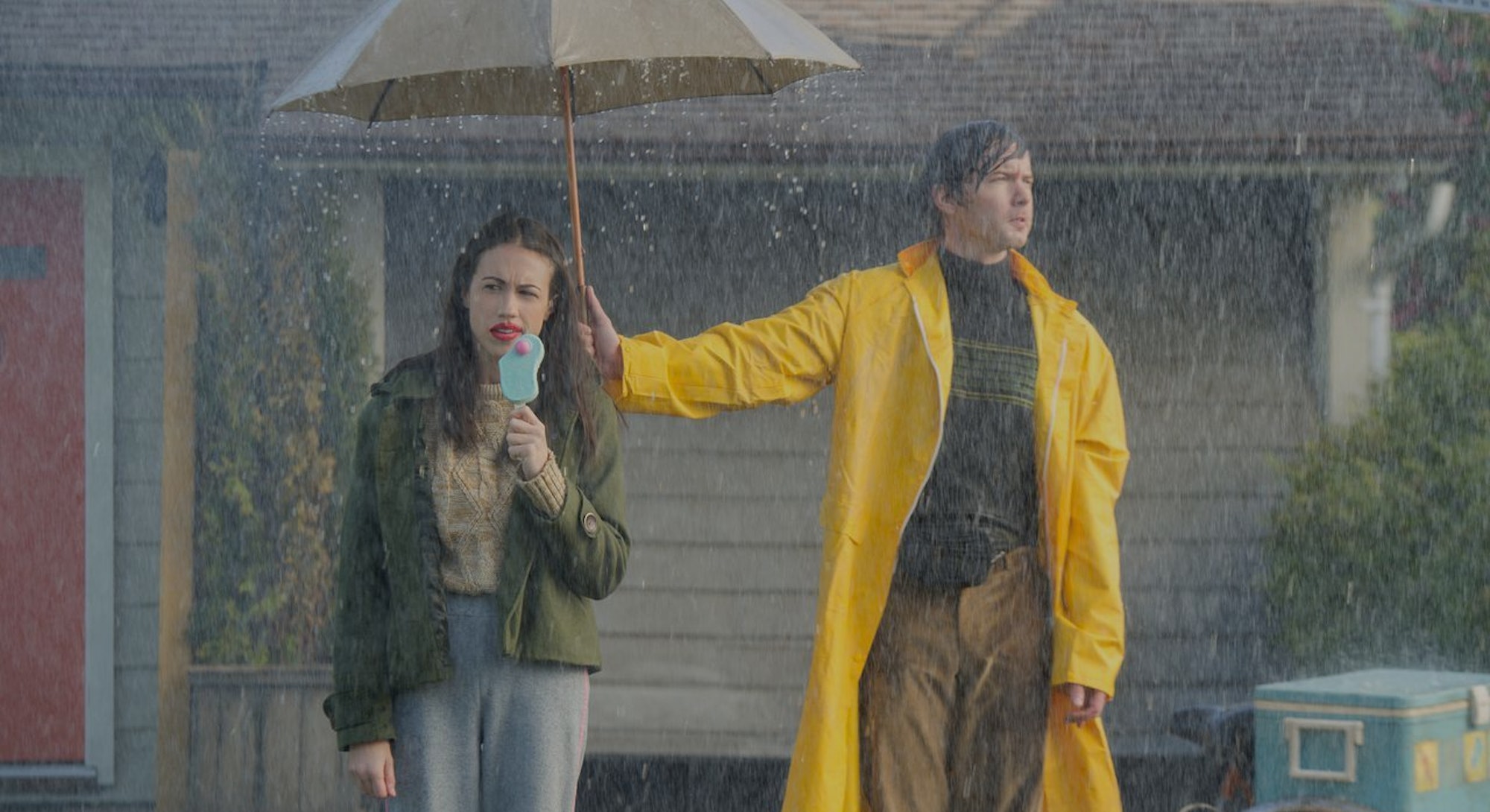 Colleen Ballinger’s “Haters Back Off!” is a hit amongst teenagers and YouTubers, sure, but behind all the awkward comedy, there is a bizarre, often unsettling portrait of a family in crisis.

The series, now on Netflix, focuses on a character played by Ballinger named Miranda Sings, whose lack of singing talent is only overshadowed by her conviction that she is great. In the original online videos, Miranda usually appears by herself, condemning her haters before providing them with another sincere and shrill performance. In developing the series around this character, Ballinger was tasked with building a cast of characters around her that could offer some explanation for the wild absurdity of the protagonist.

First, her mother. Bethany, played by The Office’s Angela Kinsey, is a timid woman looking for love by any means necessary. In the series, she seduces a local priest through her claims of undiagnosed fibromyalgia, which she sells with a series of flamboyant casts for her wrist and coos when she’s touched too suddenly. Of course, it’s all a ruse, prompting sympathy from her boyfriend and her younger daughter Emily, while providing Miranda with the perfect parental figure to steamroll with her uncles support.

Uncle Jim is perhaps the second most destructive force in the household behind the protagonist, having declared himself Miranda’s manager because he had no better employment options. He’s the person who encourages Miranda to film the videos that earn her haters in droves and appears convinced that she’s great while trying to live his dreams of stardom through her. He’s about as talented as his niece, but twice as driven, and our occasional looks at his past life as a passionate ribbon dancer are funny in their execution, but they also ultimately leave a pit in your heart. Miranda’s family lives in a small town, where the internet is the only hope of reaching a larger audience; without it, Uncle Jim and Miranda know they are both confined to their one-floor home for all eternity.

This feeling of stuck-ness hangs heavy over the series as Miranda tries to conquer her community. She makes failed attempts to fit in at Emily’s high school, join the school choir, and attend local dances. Even in her insular small town, Miranda is constantly faced with haters — in her home, she’s told by everyone that the haters are wrong, until she’s so blinded that she conflates her own mediocrity with greatness. This back and forth creates a serious sense of unease in the viewer, not sure whether to applaud Miranda for her confidence in the face of detractors or, you know, scream at the screen for her take a hint, or at least take a vocal lesson. While her efforts to be accepted range from YouTube to her own backyard, there’s little to be found, sometimes even within her own family.

Given the chaotic nature of the household, the most surprising character in the series is Emily, Miranda’s younger sister, who desperately hides the inherent weirdness of her clan and expresses herself through painting. Emily is the traditional straight woman of the series, shooting Jim Halpert looks to the more eccentric members of the family before quietly excusing herself from the dinner table. We can feel the raw frustration in her through her subtle, sometimes spiteful actions: She is the first to write a mean comment on Miranda’s videos in the hopes that her sister will get the message, and she’s the one to confront her mother about her false medical condition and her uncle about his inability to bring money into the household. Of course, she can’t stand her delusional older sister who bullies her at every turn, but Emily is also tasked with sheltering her from the reality of her life. She is more or less the parent of the family.

Ultimately, Miranda and Emily are both trying to accomplish the same objective using wildly different tactics: escape. Miranda hopes to skyrocket to fame and love using her internet following, while Emily takes the more traditional approach of applying herself to her artwork and focusing on getting into a good college. Unfortunately, the sisters sabotage each other through bouts of jealousy and frustration, with Emily interfering in a number of Miranda’s schemes throughout the first season and Miranda’s ruining her sister’s portfolio, preventing her from getting into the art school she wants to attend. In the end, neither of them succeed in getting out of the house all four family members seem desperate to leave.

Perhaps the most bizarre twist in the series comes in the last ten minutes of the first season, after Miranda is humiliated during a public concert. There’s a sequence where no one picks up Miranda’s tearful calls — not her mother, uncle, sister, or Patrick, the boy who’s crazy in love with her — because her mediocrity has not only resulted in her downfall, but it has also distanced her from the few people in her life who were supportive. Her mother tearfully confronts her about a kidney condition that she’s developed that Miranda has completely ignored, and rightfully accuses her of her deep selfishness. In the end, Bethany is the only one who escapes the toxic household, motivated by what may be not much time left in her life.

So, yeah — pretty heavy for a three-minute webseries turned full-blown dramatic comedy. It’s unknown whether Haters Back Off! will get a second series, but if we only have the first season to go off of, it looks like the haters may have won after all.