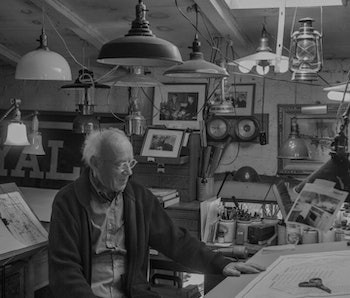 Eugene Lee has seen it all. As the production designer for Saturday Night Live since the series began in 1975, Lee has designed and put together some of the most iconic sets in comedy history. Even at 77 years old, the 12-time Emmy nominee is still going strong, working crazy hours and making the impossible happen for the series that is now in its 41st season.

And it’s not just SNL: Lee has done the production design on The Tonight Show Starring Jimmy Fallon, Late Night with Seth Myers, and many other comedy series produced by Lorne Michaels’s Broadway TV. Oh, and Lee just also happens to have won three Tony Awards for his work in the theater, having designed the sets for Wicked and Stephen Sondheim’s Sweeney Todd to name just a few. Lee, who commutes to Studio 8H at 30 Rockefeller Center every week from his home studio in Providence, RI, spoke to Inverse about his latest Emmy nominations, how the show has changed over the years, and how keeping things simple is often the best answer.

What keeps you going?

Better to be busy. The alternative is death. It’s a little tiring because we do it so fast. 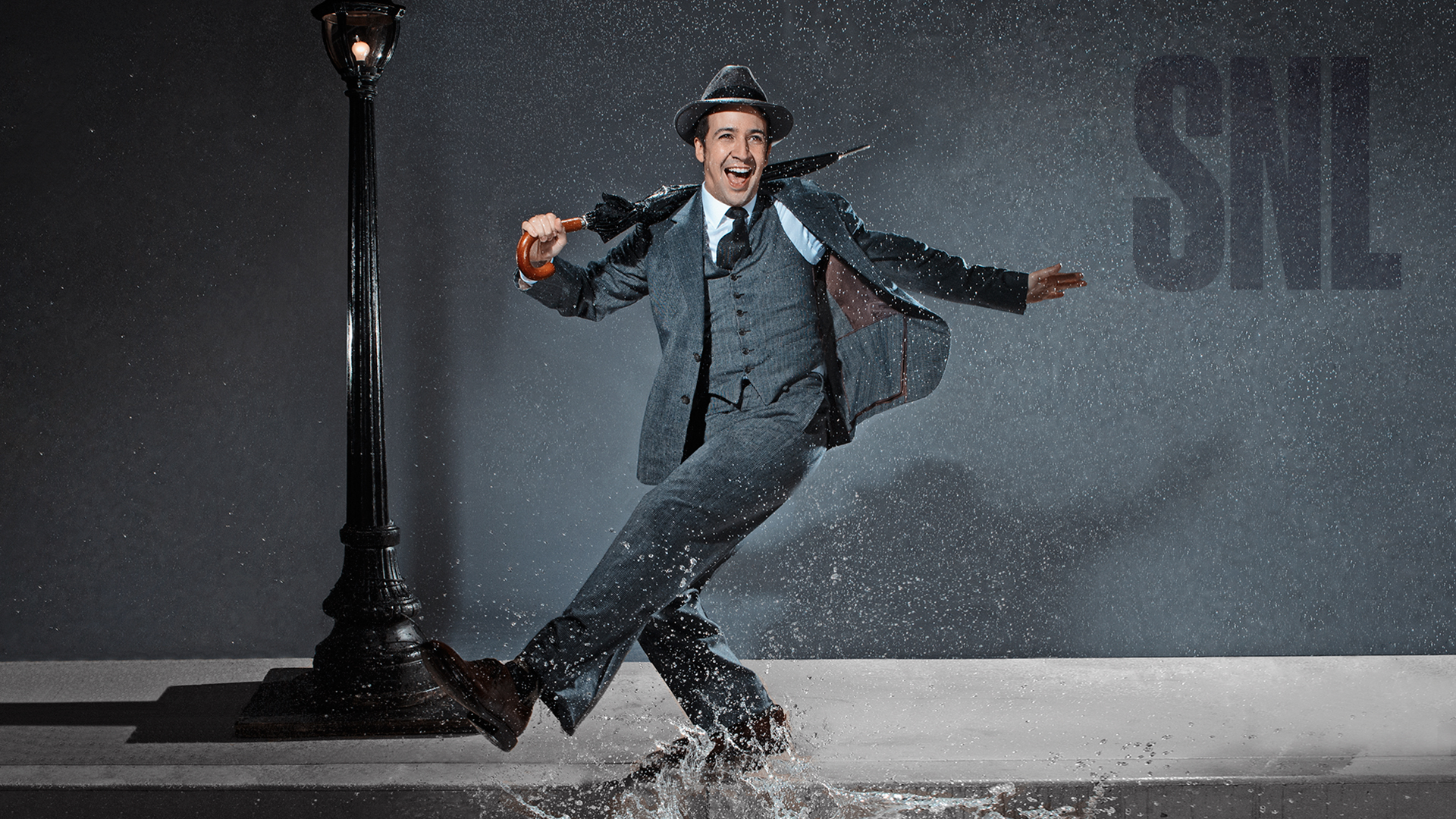 We read the SNL script on Wednesday. After that the producers decide what sketches they want to produce and we get together with the director to layout where things might go in the studio. Then we we drag the performers and writers around to ask them everything we can about the sketches. Sometimes they have concrete ideas or sometimes the script isn’t clear about what they really want.

Thursday we do whatever we can for little sketches. Most of them are being rewritten so we can’t build them. The next day we work even more on the scenery, and Saturday we do it.

Do you see a difference between the sets in the early days versus now?

When you look at those early sets they’re all kind of like The Honeymooners. There’s a sofa and a wall and it’s very simple. Now the trend is to have everything more natural, I’d say more like a movie. 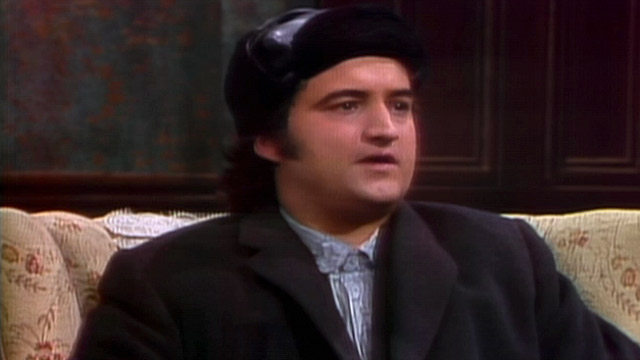 Bill Murray was on a newer episode of the show a while back and he was on one of the newer stages that I built. He said to me, “Where is the audience?” Because they used to have more audience on the floor in front of the simple stages.

What about something like the Church Lady set or Weekend Update, which are intentionally minimalist?

Church Lady was just black velour, paint a few windows on it, put a potted plant there, and put a couple chairs. That was it. Thats another good example of simple. 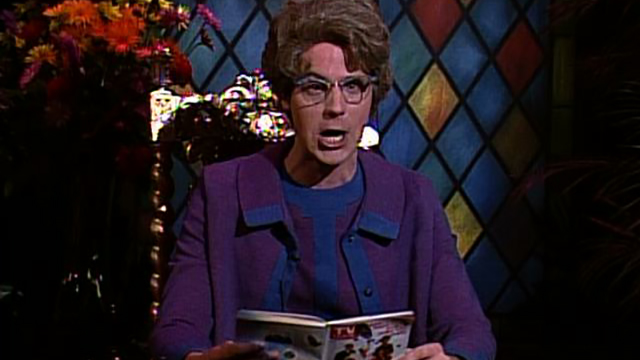 Weekend Update was a desk, a telephone and a key screen. Last year we had some new writers that were doing Weekend Update and they wanted to try to get it more like other shows that had video, flashing lights, plastic reflectives, and glass countertops like MSNBC. 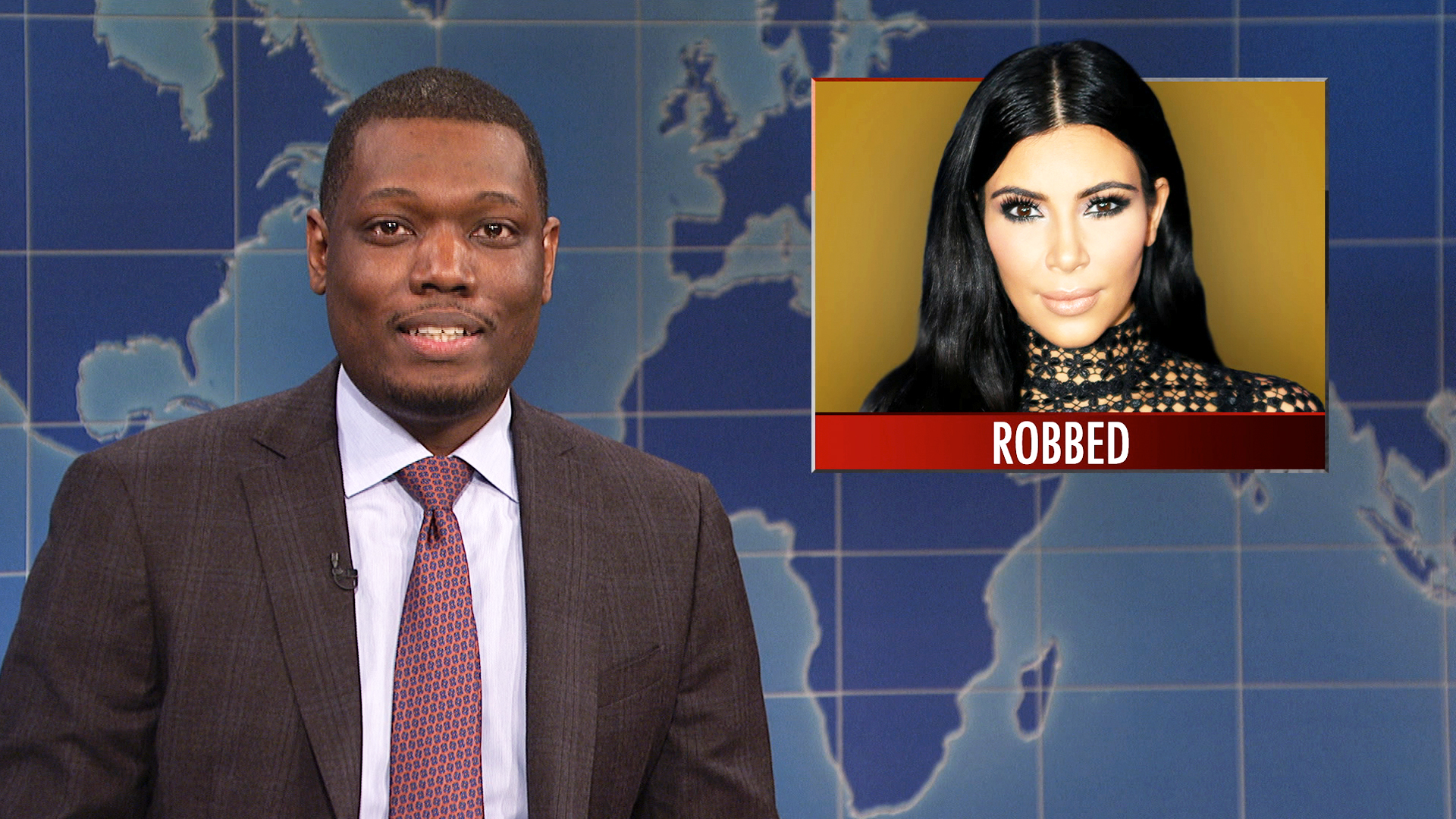 I designed a nice little video set with an LED screen. We spent a lot of time trying to put it there and in the end it failed because of the layout of the studio. Update has to be in the center in the most prominent place, which means the set has to be light enough to be lifted up onto the stage to be put together. It can’t be too complicated because there’s probably about three minutes to do the whole setup.

Sets like the Wayne’s World that always seemed real but complicated? More complicated than, say, the Update set.

Wayne’s World was the simplest! It just had to be a clichéd basement. I drew it all out first, so I put in details like a water heater and other things to get it to be clichéd, but also like no basement really is. 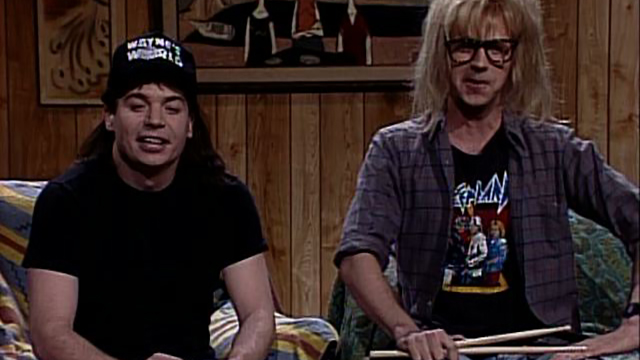 I’ve always liked real things in my work but it was easy to make it iconic because it was exaggerated. The walnut paneling, making it a really depressing color, it had mostly the same paintings on the back wall.

There are more complicated sets, too — I’m thinking of the steamship set that hosted Larry David and Bernie Sanders?

With that one, we had to go to outside prop people because we didn’t have time to build a boat, and they found one. 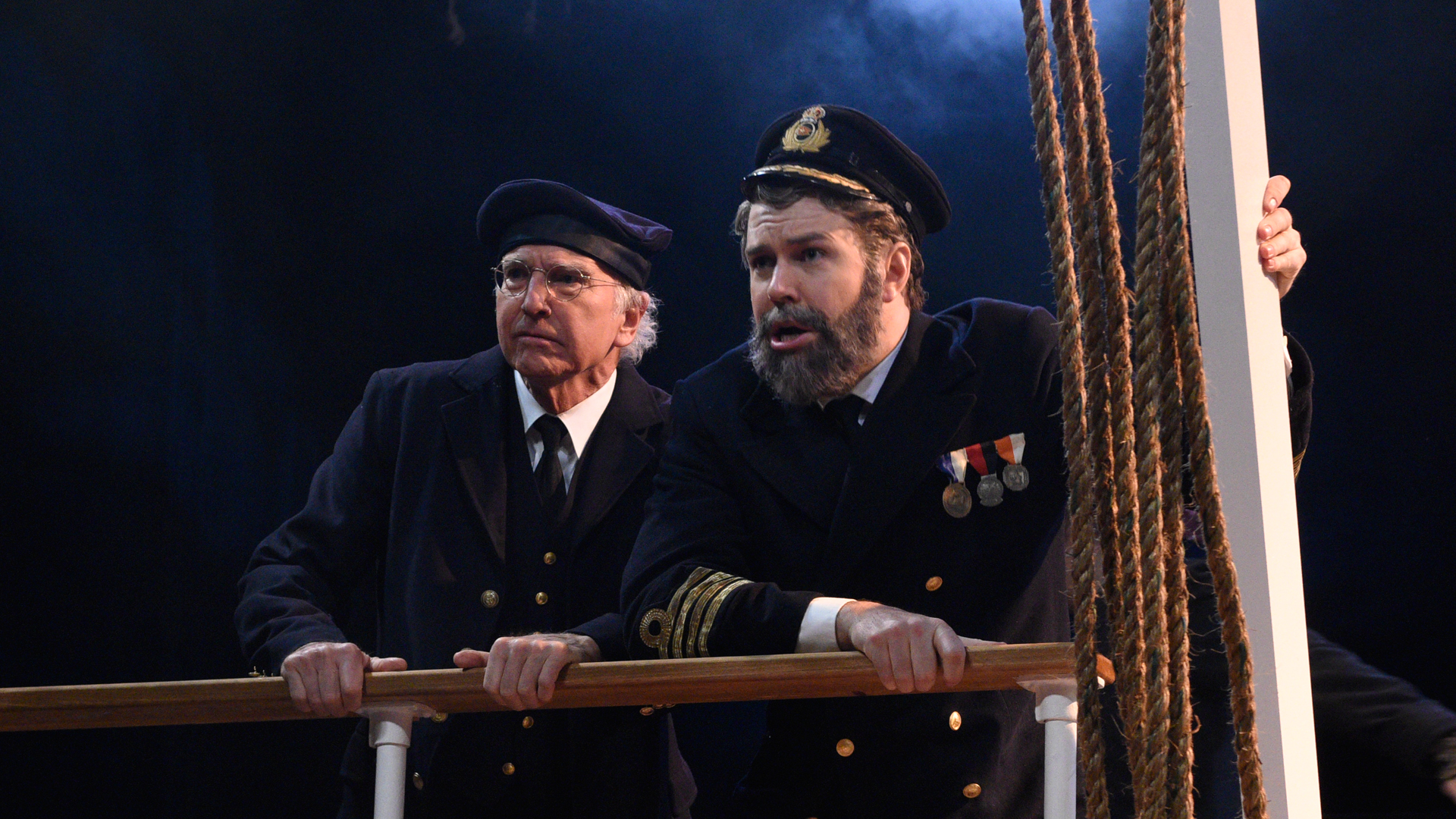 How difficult it to put together something like that with a lot of moving parts?

Sometimes when it’s something complicated like a boat, there’s always people from the show calling you on Fridays and saying, “Can we get it? Has it left the shop yet?” But it’s a great shop and they make enough time to encourage more detail.

You just hope you’ve done what Mr. Michaels wants. If he doesn’t like it, he’s very hands on and he always has really a good strong opinion. If he doesn’t like it we’re summoned to his desk and he says, “That’s all wrong. Why is there so much scenery? It’s a simple little sketch about a boat. Does it need twenty extras? No.” 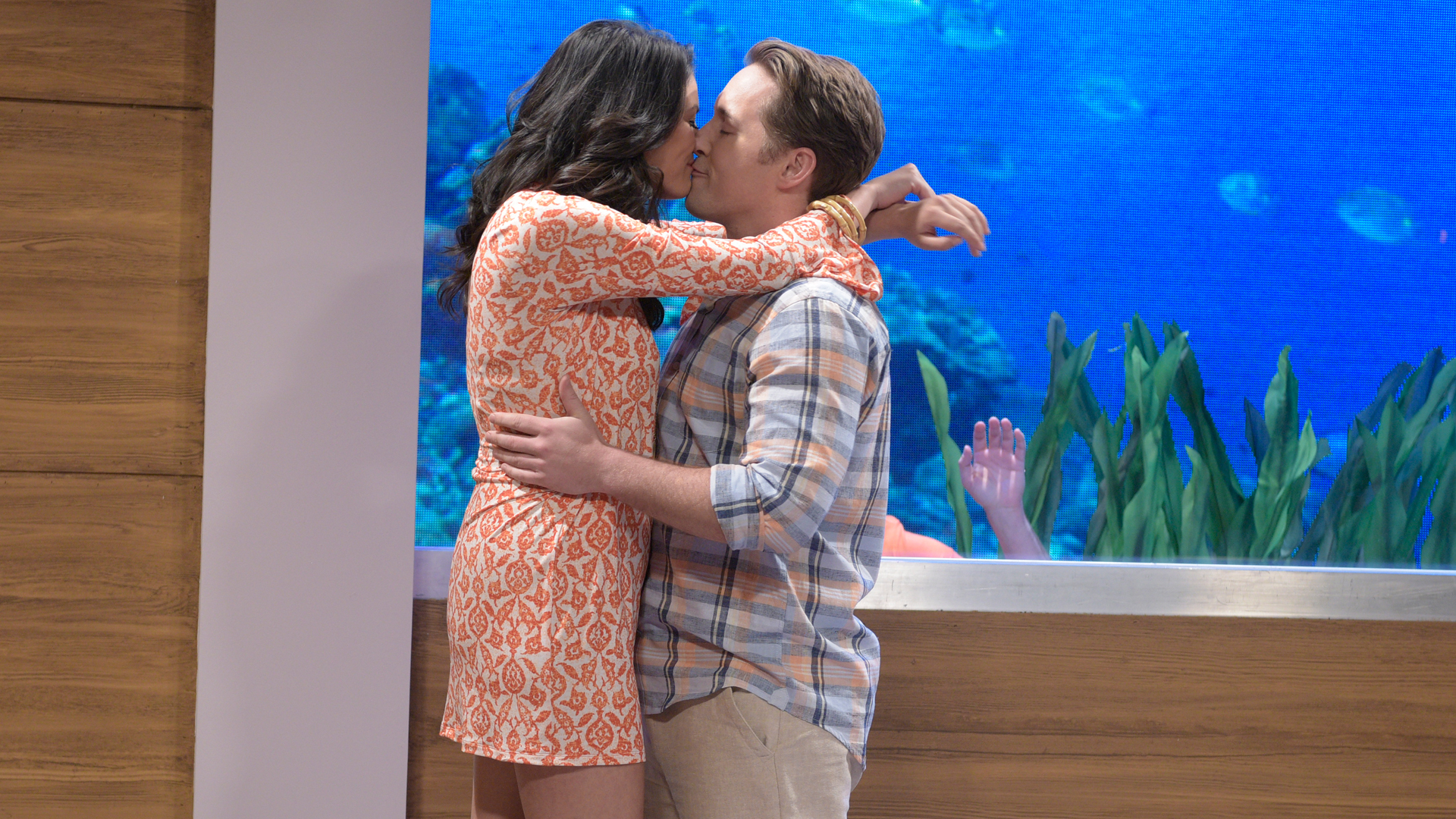 Another great but complicated set was the undersea hotel with the dead body.

That was one where the producer calls and says, “You think we can do that?” Of course, we always say yes.

There was a lot of heated discussion about how best to do it, like should we do it with a chroma key screen, but that would have been too small. We also came up with a rig so the “dead” person behind the glass could float around on wires. There was also thought of doing a double sheet of glass in the front. But it impossible because fabricating that kind of glass would take a certain amount of time for the glue to set. We literally didn’t have time to technically do it even if we wanted to. Eventually we just put an LED screen behind the set and sprayed real water in front of it.

Once again, it was the simple technology that was better. Sometimes they work, sometimes they don’t. That one worked very well.

What about the main stage? How important that is for the overall aesthetic of the show?

I think if anything, I did it too good because we used to change the look of “the home base,” as we call it, at the center of the studio from year to year, and then landed on the Grand Central theme. There seems to be no desire to change it now. 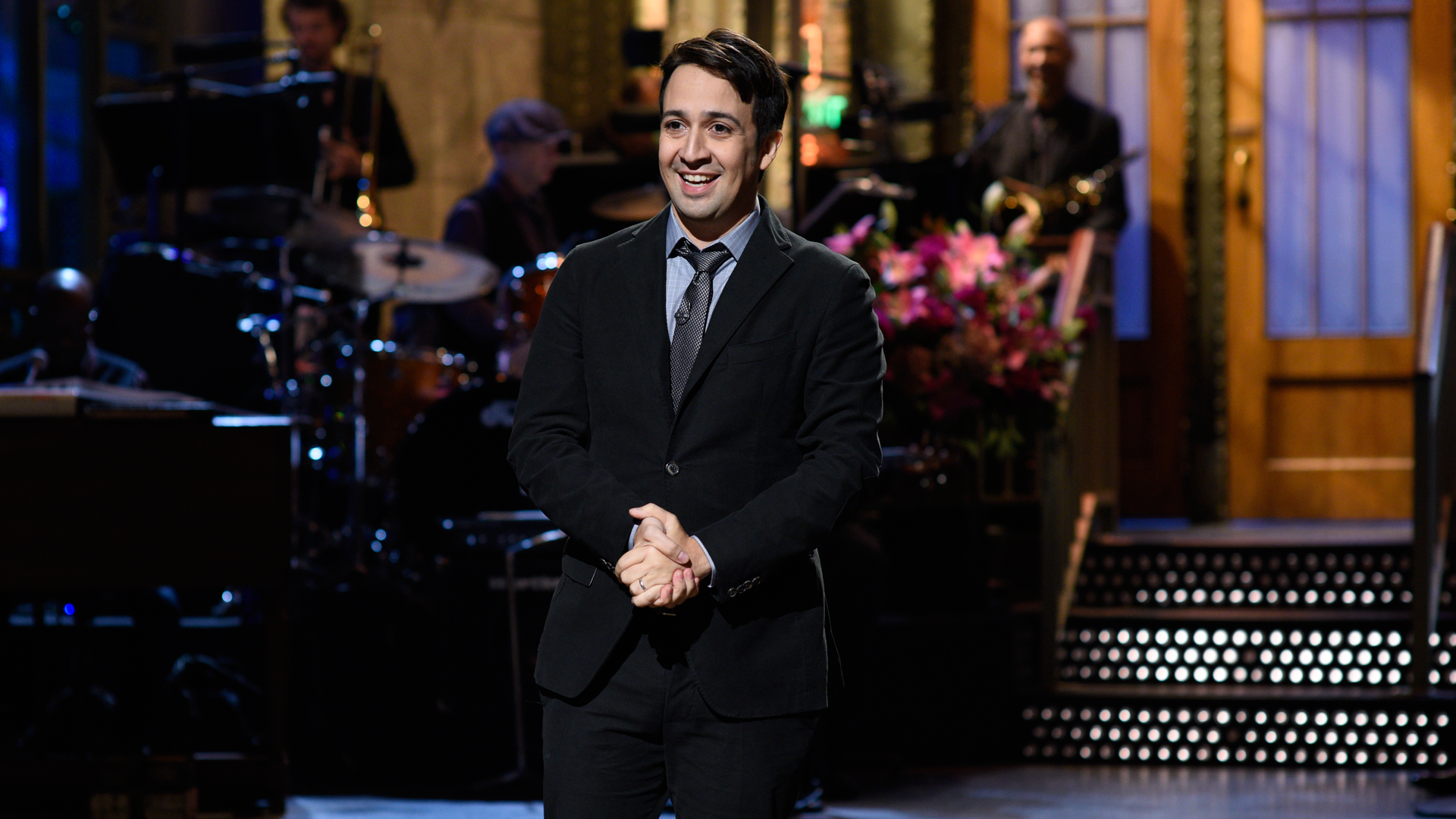 We made a few minor changes over the summer to spruce it up a bit, like re-sanding the floor. I equate it with like keeping a Broadway show like Wicked looking good for each performance. I don’t know if that’s good or bad, but it’s become kind of iconic in its own right.

Do you still enjoy the grind of SNL?

I’m kind of sentimental about certain things. I do think it was nice in the early days when it was simpler. There was just me and a few people; there wasn’t anyone else. We knew everyone in the company very intimately. We were just tossed into this thing in the beginning.

Now we need a directory with pictures because we have so many people working on it that nobody knows who reports to who and who does what. In a way it’s kind of corporate and terrible, on the other hand it’s just kind of how it’s become. But come on, they make you do this. It’s a job, it’s fun.