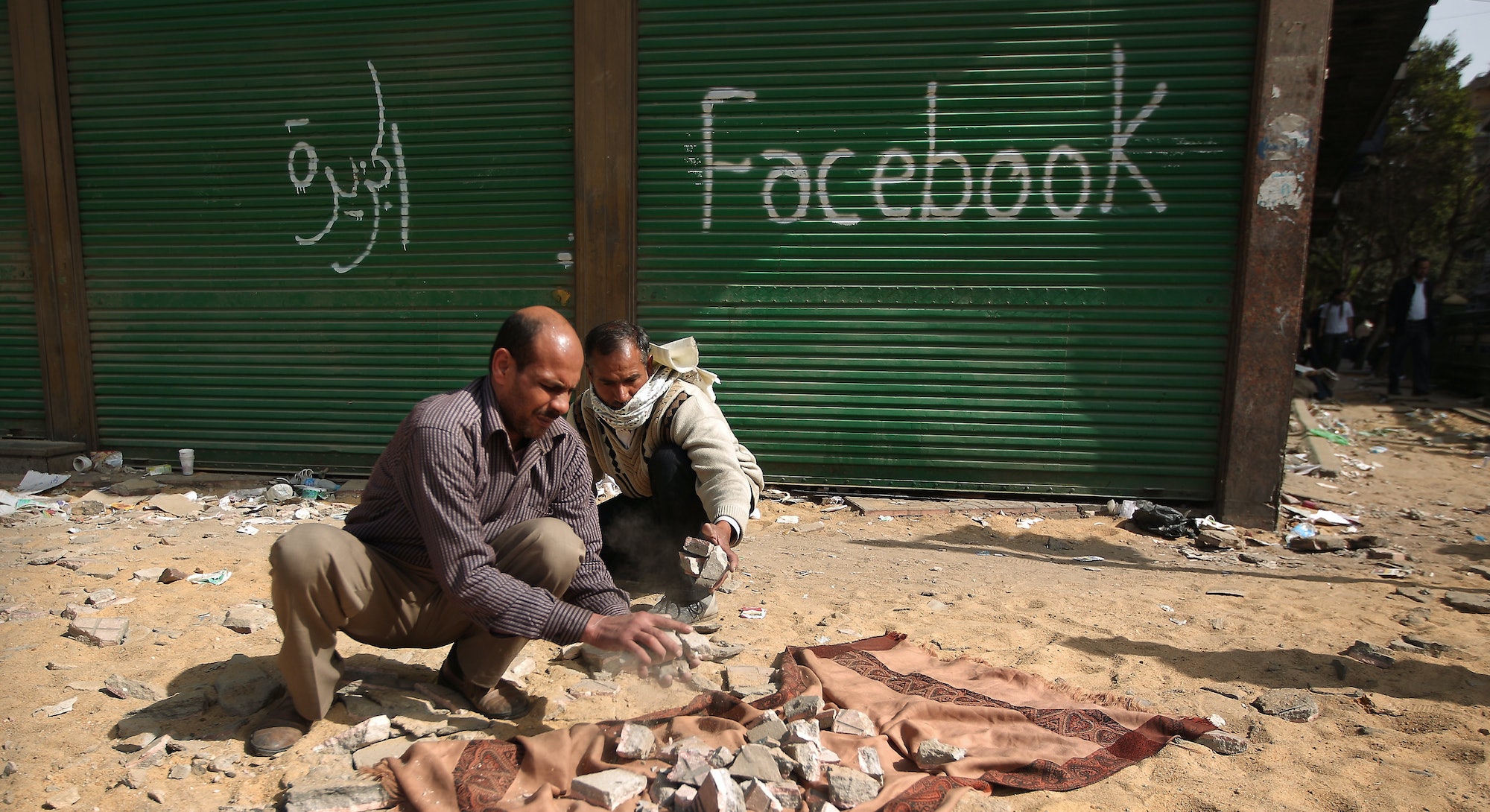 Social media fueled a revolution during the Arab Spring protests that started in 2010. That was the first uprising organized just as much on Facebook and Twitter as it was on the streets of Egypt, Tunisia, and other countries in the Arab world. While the influence of these social networks has at times been overstated, there’s no denying their importance to the movement.

That was six years ago; technology has advanced. People around the world are using Facebook Live to share videos in real time, while apps like Signal allow protestors to communicate behind the wall of encryption. So how might new technologies affect uprisings in say, the next decade?

Dr. Ramesh Srinivasan of UCLA spent several years studying the Arab Spring. He recently spoke with Inverse about how social media affected that time, how it’s being used in the present, and how it could be used a decade from now.

Six years later, what can you say was the role of social media in the Arab Spring?

They used these platforms as vehicles of expression for the discontent they felt with issues that have affected places like Egypt and Tunisia for many, many years. They were used to connect with one another and to help build global sympathy.

A key point here is that this group probably represented less than 10 percent of the population in places like Tunisia and Egypt when things started to go down in late 2010 and early 2011. These technologies, in themselves, were not sufficient to bring about the sort of revolutionary movements that we witnessed.

If this was a small part of what happened, why has there been such an intense focus on it?

How people choose to mobilize, the reasons they choose to mobilize, and the mechanisms by which they mobilize has everything to do with networks. It’s who you know, how you know them, or who convinces you to physically put your body in a space to protest. But there are other forms of protest, too, like sharing information with journalists.

One mechanism of building networks locally and globally was the use of social media. Another influential mechanism was other types of networking, like working with labor movements, neighborhood councils, or mosque networks. We have to see social media as valid and powerful in its own right, but also in a complementary relationship with other populations and other types of networks.

Since the Arab Spring, we’ve seen many countries, from Turkey to Thailand, shut down social media during times of unrest. What do you think motivates these shutdowns, and are they effective?

Governments choose to do this because it’s an easy step for them to take. Many of them have bought into similarly misguided hype that people in larger parts of the world abide to, which is that social media is the basis by which young people protest and revolt, and the only way they’re going to do so. That’s wrong in many ways. Firstly, making these revolutions happen is not just young people, it’s a larger coalition. That’s what Tahrir Square was. That’s what Tunisia was. Secondly, young people tend to be much more creative than simply clinging to their laptop or smartphone. They figure out ways to get the word out.

What will be the biggest factor in determining social media’s impact on future uprisings?

It’s pretty much impossible to imagine any political movement that doesn’t have a strong social media component today. Obviously movements where social media is widely accessible, and activists and protestors have more literacy of how to use social media will be a big part of determining how effective it will be.

Take Black Lives Matter. We can see how important technology is in shaping and bringing awareness to a phenomenon that has existed in the U.S. for a really long time, which is the disproportionate killing or abuse of black people. The fact that now whenever these things happen, somebody around them has a mobile phone and is shooting video, is a game changer.

I believe that increased access to technology all over the world is fait accompli. That’s going to happen. That does not mean that democracy will spread, or that there will necessarily be more effective protests, but it does mean social media is going to be central to how people communicate and network around these issues.

Do you have any closing thoughts?

Activists in the Arab Spring were (and are) incredibly brave, creative, pro-democracy young people. I think their story needs to be remembered, because as we move forward and think about the world, they remain an inspiration. I wouldn’t be surprised for another “Arab Spring” to occur in the next 10 years.