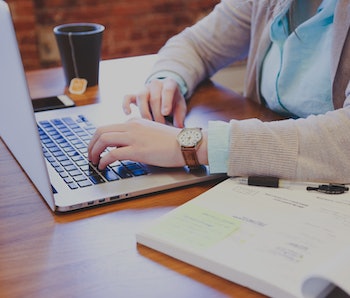 Researchers from Facebook and Carnegie Mellon University recently attempted to scientifically weigh in on the relationship between Facebook use and well-being in a new study. Their results suggest that Facebook can create feelings of happiness and satisfaction with personalized posts and comments from the Facebook friends you actually care about.

The study, led by Moira Burke of Facebook and Robert Kraut of CMU’s Human-Computer Interaction Institute, was based off of data collected from 1,910 Facebook users from 91 countries who were recruited from Facebook ads. For three months each user agreed to take a monthly survey which was then paired with a tracking of their Facebook behavior a month before the survey. They found that at least 60 comments from close friends during that month created a sense of well-being for the user as large as the same feelings someone gets from a positive major life event.

That’s right — someone writing a funny-yet-touching comment on your wall apparently creates the same sense of happiness as getting married (and will make you feel a lot happier than just looking at photos of other people actually getting married). Meanwhile, passive reading or one-click feedbacks like “likes” didn’t make people feel anything.

“We’re not talking about anything that’s particularly labor-intensive,” says Burke in a statement. “This can be a comment that’s just a sentence or two … The content may be uplifting, and the mere act of communication reminds recipients of the meaningful relationships in their lives.”

It’s a lot like real life: Meaningful communication from people who are your friends makes you feel great. If you’re going to waste time on Facebook anyways, quit it with the endless scrolling, take the time to post something that matters, and you’ll walk away happier than the people who just want the likes on pictures of their cats.

More like this
Science
Jan. 28, 2023
How does the placebo effect take hold? A doctor explains two influential factors
By Kathryn T. Hall. and The Reader
Mind and Body
4 hours ago
Overthinking? This New Kind of Therapy May Finally Provide An Antidote
By Elana Spivack
Science
Feb. 5, 2023
What Mysteries is the Universe Hiding from Us? A Cosmologist Weighs In
By M. Mitchell Waldrop and Knowable Magazine
LEARN SOMETHING NEW EVERY DAY.
Related Tags
Share: