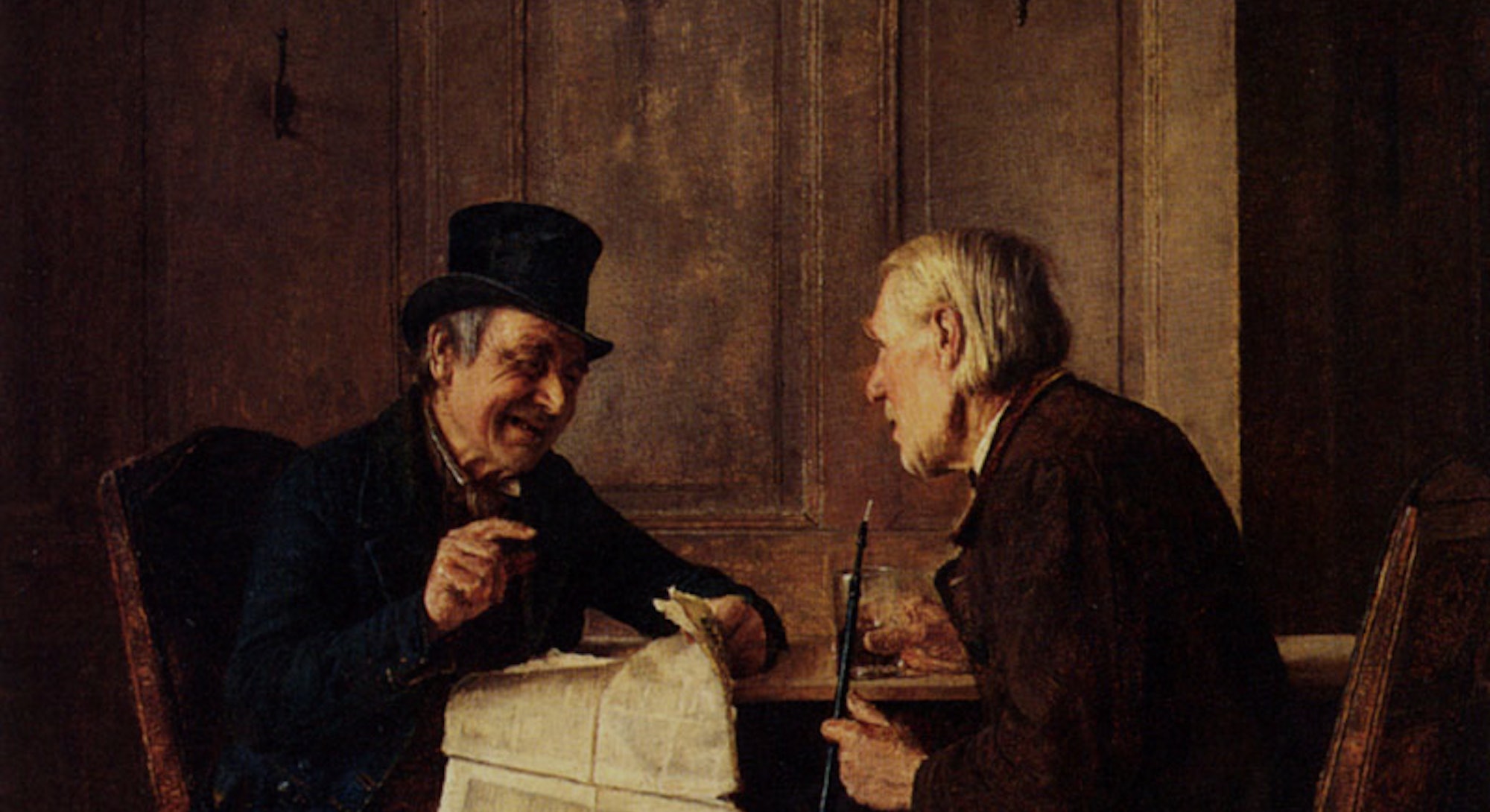 Every day, humankind sends over four billion Facebook messages, exchanges over 30 billion WhatsApp messages, and writes over 100 billion emails. Every second, 200,000 texts flutter in and out of our pockets. There has never been this much chatter before in human history, but serious conversation remains difficult. Constant messaging and conflict resolution make weird bedfellows.

Phone-based messaging, be it texting or app based chatting, is the prevalent way to socialize (and plan to socialize) with friends. Adolescents, researchers have learned, go through a thinking process probably quite similar to yours when it comes down to if they should text or if they should call. Is the conversation emotional or lengthy? If no, they text. If yes, their decision is predicated on how comfortable the conversation is likely to be. Uncomfortable conversations tend to start digitally. This isn’t because adolescents are emotionally lazy, but because they want to control the tenor and subject of difficult conversation. And who can blame them? We all want that.

But we don’t always get what we want.

Dr. Melissa Herman, a sociologist and writing lecturer at Dartmouth, sees the preference to text over calling as part of the natural progression that led people to call instead of knocking on each other’s doors.

“I think people are frightened nowadays about saying things face-to-face. They don’t know as well how to read someone’s reactions, and they think that if they have more time and privacy to gauge their own reaction, before they act in response, that may be better or easer,” says Herman.  “I honestly think another aspect of this issue is that people don’t eat meals together as much as they used to and the family dinner is where people learn to communicate, work things out, and solve problems.”

There’s not a lot evidence to support the idea that people who spent their formative years hashing out problems on phones or computers deal with conflict management differently than their elders. What we do know is that 68 percent of teens on social media say their friends on the platform support them in challenging times. But support is easy. Being nice is easy, but it’s also a slippery slope. Nice leads to nice.

“When you think back a 100 years ago, people wrote letters to each other and these letters were certainly able to convey plenty of emotion,” says Herman. “But I think that letter writing is a much more considered task and people take more time with it than they do a text message. I don’t think text itself is keeping people from developing emotional intelligence. I think it is the speed and ease of writing text messages that is impeding peoples’ ability to learn emotional skills while they communicate via texting.”

Here’s how social science would suggest you broach and handle an issue online:

1) If you have to deal with a problem not in person, texting is not an ideal forum because it’s too efficient and the barrier to entry per unit of communication is too low.

2) Studies show that you are never too old to better your problem-solving skills, it’s not too late to learn to look for the Big Five personality traits (openness, conscientiousness, extraversion, agreeableness, and neuroticism) while you read incoming messages. Reacting to tone is often better than reacting to messages. Remember that introverts have a richer vocabulary and extroverts have a tendency to be profane.

3) If you have a deeper emotional connection to a person, consider messaging them that you want to talk — in as nice a way as possible — then waiting to do so until you can do it in person. In 2009, researchers from Texas Tech University wrote that it’s perfectly fine for family counselors to advise their clients through email: It’s a “fast, economical method of communication” that “provides a comfortable way for the counselor and client to share information.” But the only way for this form of communication to be really successful is if trust is already established between the two parties.

Emotional intelligence is a muscle and building it requires working it out. There’s absolutely nothing wrong with text messaging and anyone who says otherwise is a luddite, but there’s no multitool for everything and no communication solution that solves for communication in total (except maybe Slack). The best way to have a serious conversation not in IRL? Write a letter, then edit the letter and make sure it gets to the point both logically and emotionally. How you send it doesn’t much matter. What matter is that you consider the response. Just because you can communicate quickly doesn’t mean you should. The brain is fast; the heart is slow.