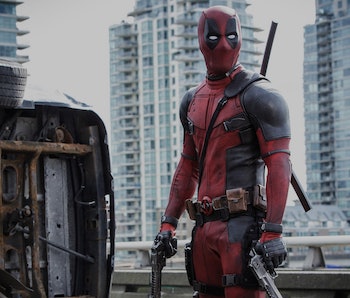 We’re more than halfway through 2016, and February’s Deadpool is still one of the best action movies of the year. The irreverently snarky superhero movie racked up more than $780 million worldwide, despite it’s hard-R rating. It only makes sense that Ryan Reynold’s mouthy cancer patient would get another chance to make fun of everything in sight, and sure enough, Deadpool producer Simon Kinberg says that the as-yet-unnamed Deadpool 2 will be a meta-spoof on the unrelenting wave of superhero franchises.

“I think Deadpool 2 will comment on anything that’s happening in movies today, especially in superhero movies,” Kinberg told Slashfilm at the TCAs. “The sort of glut or saturation of these movies and the proliferation of sequels is definitely something we’ll play around with.”

Thing is, Kinberg and company can use a superhero movie to spoof superhero movies, but only because it’s Deadpool. Wade Wilson, a creation by Rob Liefeld and Fabian Nicieza for Marvel, has always been a self-referential nincompoop who frequently makes meta jokes with (or at) the audience and the fact that he’s a comic book character.

But what are they spoofing? Not all superhero sequels are terrible or contribute to so-called “glut.” The Dark Knight, Captain America: The Winter Soldier and Civil War are stand-out sequels in this era, and if we go back further there’s Richard Donner’s Superman II. X2: X-Men United and Spider-Man 2 are legitimately great films that just so happen to be superhero sequels.

Then again, Thor: the Dark World and Iron Man 2 also exist, so here we are.