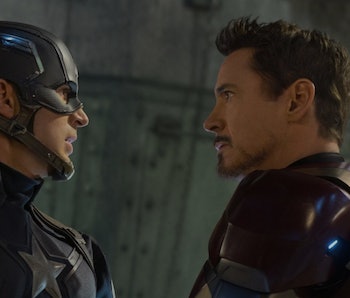 The early reviews of Captain America: Civil War have been filed, and from the initial reaction, it looks like Marvel’s long winning streak is about to continue.

Disney screened Joe and Anthony Russo’s superhero blockbuster on Friday night for members of the press who would be participating in the interview junket this weekend. It’s a bit of a home team advantage, with Disney hand-selecting who would see the movie, but the enthusiasm for the epic team-up is hard to deny.

Specifically, reviewers seem to love the MCU debuts of Black Panther (Chadwick Boesman) and Spider-Man (Tom Holland), as well as a culminating action scene in an airport:

Captain America: Civil War hits theaters on May 6, at which point, you’ll be able to judge for yourself.

More like this
Entertainment
Sep. 14, 2022
Captain America 4 could redefine Marvel's most important Phase 4 character
By Eric Francisco
Entertainment
Sep. 13, 2022
With Captain America 4, Marvel's most forgotten movie is finally getting some love
By Eric Francisco
Gaming
Sep. 25, 2022
You need to play the most adorable sim on Xbox Game Pass ASAP
By David Grossman
Share: