AMC’s Preacher will wrap up its first season on Sunday, and it has a whole lot to prove. For a show with such potential, it has managed to bore or confuse just as often as it delights or disturbs. Despite the slow build, the pieces were moving in a promising direction last week, so let’s take a look at what Preacher needs to do this Sunday to finally succeed.

Annville should be flattened

As a promo, AMC released the first five minutes of the finale, and it’s full of funny callback details that could have made us care about Annville, the quirky lil’ town where a politically correct mascot gets the shit beaten out of him. Ladies lined up out the door for half-priced bikini waxes, like a sexual version of the ol’ “Jesus is coming, look busy” joke, is pretty funny. Maybe if Annville had been this consistently colorful, we wouldn’t be so eager for it to bite the dust. 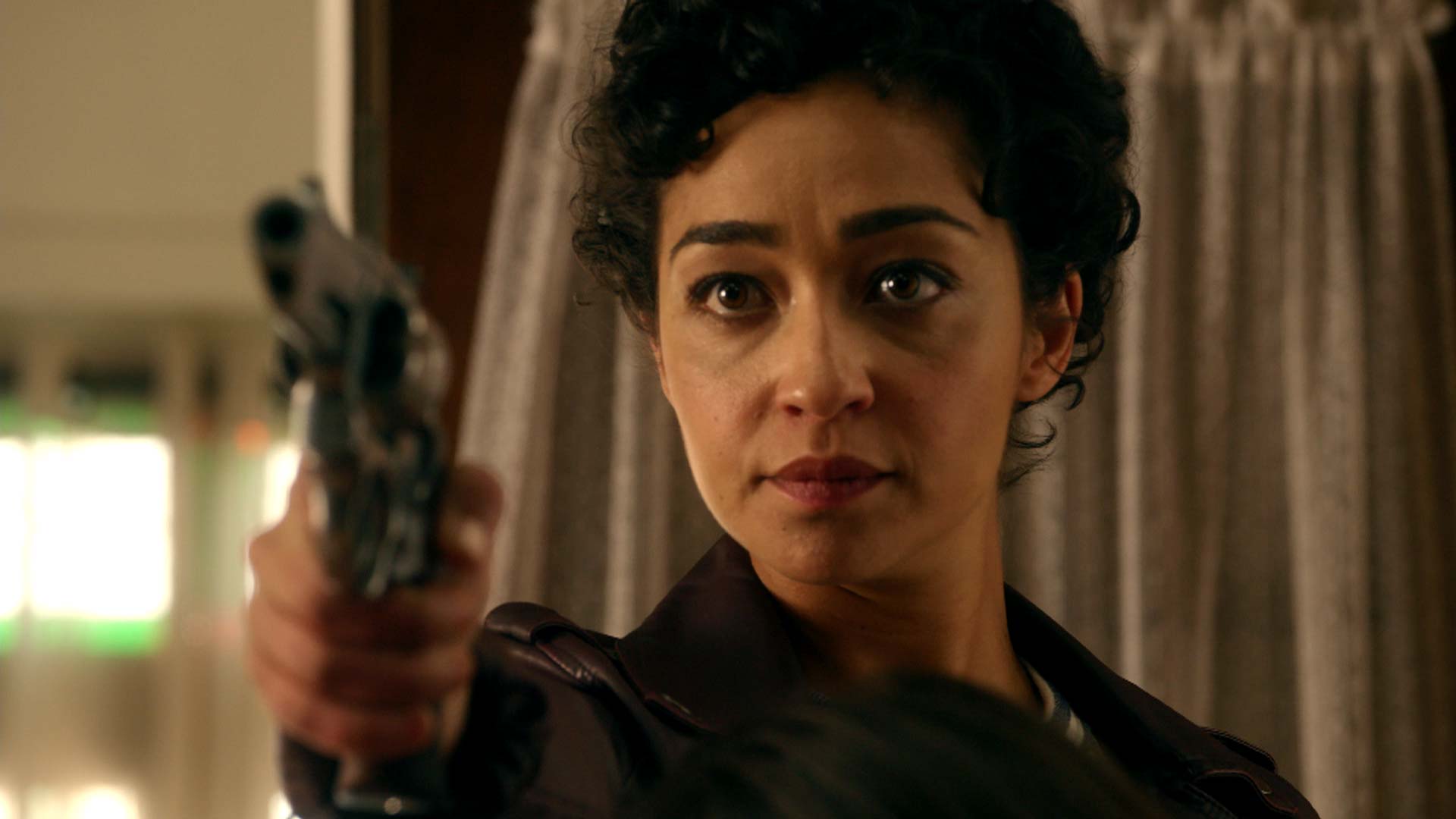 Preacher the comic book opens will Annville’s destruction, caused by Genesis. The show has diverged heavily from the source all season, but it now needs a similar catalyst event to kick off what will hopefully be a madcap road trip themed Season 2. While Jesse’s congregation wasn’t wiped out with the arrival of Genesis, it surely will be with… whatever Jesse summons in his attempt to summon God.

We’ll probably see some of Annville’s characters survive, notably Odin Quincannon, the ostensible villain. This would be a bummer, as Quincannon hasn’t managed to make much of an impact despite his cartoonishly evil obsession with listening to dying cow cassettes. Quincannon is a character lifted from another part of the comics, so hopefully his arc will be similarly limited. He seems poorly suited to follow Jesse onto the road as a main antagonist, and his primary motive is getting Jesse’s land, which would easily be his if Jesse lives. Despite all the build-up around the character, it’s hard to see a way forward for him.

Of the other residents, we hope Emily lives, along with her new-found killer instinct. But really, anyone but fucking Donnie.

Our trio needs to get the hell out of Dodge

Every one has been banking on Season 2 getting closer to the source material, and following the epic journey narrative with just a few core characters. It’s been more or less promised to us by the creators. But something Lucy Griffiths told Inverse has made us nervous. In regards to Season 2, she said she’s heard “that people are going on a journey. But actually, based on other things I know, I’m thinking that’s not true.”

If Preacher remains static any longer, it will join the list of greatest TV disappointments of all time. So let’s hope we see Jesse, Cassidy, and Tulip pile into her sweet ass Chevelle and leave town in the same style she came in.

The Saint of Killers better fucking show up

Whether or not God will actually show up is an interesting question, but the Saint of Killers absolutely has to. Preacher seems ready to give us this after showing us occasional bloody glimpses of the villains past; Episode 9 saw Le Blanc and Fiore travel to Hell to get his help killing Jesse. Whether or not he will appear in time to contribute to the destruction, or just find himself in Jesse’s wake, remains to be seen. Although I still think Arseface will be with him.

There’s also some precedent for God leaving Heaven in the comics. In fact, it’s his undoing. Given how big the stakes are for him and the heavy implications it would have for the rest of the show, we doubt God will appear in Annville as Jesse promised. However, some other cosmic power will, possibly even making the congregation believe it is God.

Tulip and Jesse need to get back together already

Their romantic subplot is not that essential to the story, but that also means that all the sulking and bickering over not being a couple has been a drag. Tulip, an amazing character played with easy magnetism by Ruth Negga, has been left to idle all season. She came to Annville to get Jesse back, he refused, and she was left in her “waiting on my boyfriend” limbo. Again, there are hints that they are headed for a reconciliation: Jesse left her a voicemail and that promo has Tulip racing back to town. They need to just get it over with already. Sulking and bickering have no place in an epic Season 2 road trip.