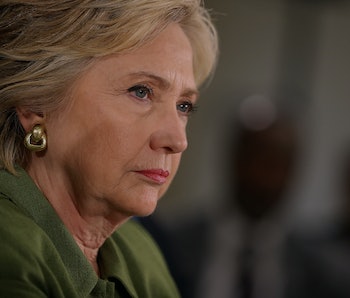 WikiLeaks has published the names, home addresses, and passport numbers of people who have donated to support Hillary Clinton’s presidential campaign.

Inverse was able to verify that the emails describing someone’s donation to the Clinton campaign have their name, the amount they contributed, home address, phone number, credit card type, account number, and passport number, among other information. Claims that the emails contain more credit card information or Social Security numbers couldn’t be verified.

Today’s data dump is part of a series revealing emails sent from Clinton’s private email server, which has outraged voters at least partly because the FBI decided earlier this month that it won’t indict Clinton for operating the server while she was the Secretary of State.

WikiLeaks says the release contains 19,252 emails; 891 documents; 175 spreadsheets; and “thousands” of images that were attached to those emails. Many of the messages have news value, and journalists will surely find stories to write about how the Clinton campaign operates. But it’s hard to argue that the inclusion of this personal information, which means little to the public but could allow people’s lives to be ruined simply because they donated to a political campaign, is justified even to those who want to read Clinton’s emails.

The organization has not yet said anything about including this data on Twitter. Perhaps it’s saving that statement for the rival service it’s said it will create if Twitter becomes a hotbed of censorship.