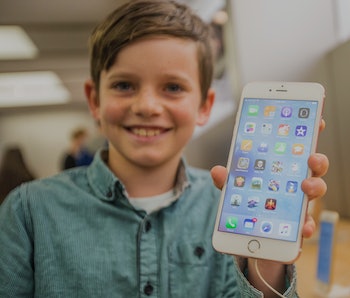 The public beta of iOS 10 is now available, and no matter how exciting the new features might be, you probably shouldn’t install it on any of your iOS devices.

Developers use beta software because they want to make sure their apps work on it, test new technologies made available to them, and keep track of any changes made to the products that allow them to create their own software for a living. Unless your livelihood also depends on testing the latest-and-greatest operating system updates — and I bet it doesn’t — there’s no reason for you to follow suit.

I installed one iOS beta on an old iPhone years ago. It was a disaster. I had problems with connecting to my cell network, forced several restarts, and dealt with other bugs that I’ve blocked from my memory. And I’m not the only one with those problems: At a previous Apple developer conference, an acquaintance’s iPhone would restart every minute or so when he downloaded a beta update.

Now, both of those involved developer betas rather than public betas, which are more stable but still aren’t solid enough for most people to use them. That’s the whole point of these betas: To give Apple enough feedback that it can find bugs, test new features, and make sure nothing breaks when the update makes its way to the hundreds of millions of iOS device owners who don’t work in the tech field.

Here are some of the not-so-fun things you can expect if you install this beta.

Your favorite apps might not work. Like I said above, developers install beta software because they have to make sure their own products are compatible with coming changes to iOS. Until they have the chance to find, investigate, and fix any problems, though, you might just be left without access to an app you depend on. There’s no telling how long it will take for any updates to be released, either.

Your old device might not be able to handle the update. Remember earlier this year when Apple released an iOS update that effectively bricked some iOS devices? The company later fixed the problem, but that was a stable release of software that was beta tested for months. Why take a chance with a newer beta?

Your new device might experience problems. Nasty bugs don’t just effect old devices. There could always be a problem with an iOS 10 beta that affects the iPhone 6s or the new iPad Pro. That just comes with the territory of using an untested operating system — you know, the thing that makes your Mac, iPhone, or iPad more than just a fabulously expensive aluminum-and-glass paperweight.

There’s no denying that iOS 10 will have some cool features that make it easier to dismiss notifications, organize photos, or communicate with friends. But are you really willing to risk causing problems on a device you use all day, every day just so you can test new features a few months early?

Now, I’m not saying that you should never download iOS 10. And you could probably get away with downloading a beta released close to its official debut. All I’m saying is that my brief experience with a beta operating system led me to vow to never again install them on any devices that I wouldn’t be OK with not being able to use for a few months, and that vow has served me well before.

Hell, you don’t even have to wait as long as you should wait to buy a new iPhone or replace an old laptop. You just have to last a few months.

Together, we can do this.