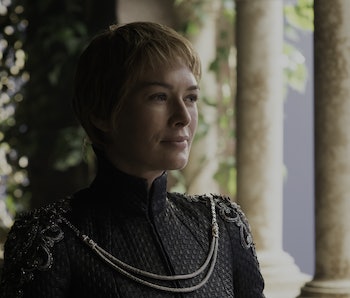 Now that the sixth season of Game of Thrones is over and we’ve had a few days to reflect, many people are coining it the best season of the series. This is not to rain fire and blood on their parade — it wasn’t a poor season of television by any means. The finale’s wildfire sequence was one of the most spectacular spectacles the show has ever given us, the Battle of The Bastards was visceral and visually stunning, and Sansa’s character evolution continued to offer a fantastic subversion of the disney princess trope. But in comparison to previous Game of Thrones seasons, it also wasn’t up to snuff. If we examine some of its key areas, we’ll find it lagging behind GoT’s usual standards.

Season 6 was by far the most predictable season. This is not always a bad thing — knowing that the Wildfire sequence was coming didn’t make the build up any less compelling. But with the exception of Cersei’s ascension to the Throne, all the big events were predictable. Jon’s return from the dead was inevitable, and it was only a matter of time before we would confirm that his real parents are Lyanna Stark and Rhaegar Targaryen. Ramsay’s demise — and even its nature — was easy to predict.

Arya killing Walder Frey was satisfying, but the show also telegraphed it from a mile away by staging it in the same way as her murder of Meryn Trant in Season 5. The camera lingered on anonymous girls who aren’t plot-relevant; obviously one was Arya.

Season 5 is largely considered to be the worst, but its major setpiece “Hardhome” was an unpredictable delight. Every other season has surprised us with its twists — Ned’s death, the Red Wedding, The Purple Wedding, Tyrion killing Shae. But aside from the Hodor reveal, season 6’s biggest surprise is its lack of surprises.

The Battle of the Bastards was visually stunning. It was also a clean cut battle between Good Guys and Bad Guys. Jon was our stalwart hero; Ramsay our smirking mustache-twirling villain. On another show, that wouldn’t be a big deal, but it’s an immense shift for GoT. Season 2’s “Blackwater” was spectacular not just for its visual effects but for its moral ambiguity. Both sides had people worth rooting for — Davos on one; Tyrion on another — and the outcome wasn’t easy to predict. It was a battle not cast in black and white but in shades of grey, which is what the show used to be all about.

Part of what made Game of Thrones smart was its status as a fantasy show that subverts traditional fantasy tropes. The stalwart heroes used to die just when we thought they were important. The handsome and respected knights were secretly gay (Loras Tyrell) or occupying a fascinatingly weird space between mass respect and condemnation (Jaime Lannister). A misfit woman (Brienne) and a brutish killer (Sandor Clegane) were the closest things there were to real chivalrous knights. Every character had unexpected dimensions; every plot turn had more to it than met the eye.

Now our two main characters, Jon and Daenerys, are both just straightforward heroes. Unless the show has the balls to make Daenerys a villain, they will remain shiny pretty stalwart heroes. The villains used to die in ways that weren’t always satisfying, but moved the plot. Joffrey was as much of a shit as Ramsay, but his wedding poison was both harder to predict and affected the story in more far-reaching ways.

Was Ramsay’s death the most glorious televised depiction of a man getting eaten by animals that’s ever happened? Of course.

But it was also against the spirit of the show. Just rewards have always been too easy.

Similarly, in rushing to get Arya out of Braavos, the show suddenly diminished her intelligence — throwing money around, trusting an old woman when she is being chased by assassins who can look like anyone — and through logic out the window. Khal Drogo died of an infected wound, but Arya survived a similar wound, a fall into dirty water, and a run through the city, no problem!

That leap of logic took away from the power of Lancel Lannister’s death in the finale, because as he slowly crawled towards that wildfire, bleeding from a wound, how were we to know if it was a Khal Drogo style wound or an Arya style wound from which he would magically heal?

Inconsistent injuries are the epitome of sloppy writing. All these stories saw satisfying ends— the Wildfire explosion; Arya murdering Walder Frey — but the show skimped on the means to those ends. The same can be said of Varys’s sudden ability to teleport from Dorne to Meereen in the finale. Sure, we can assume more time has passed than it seems, but GoT has previously taken pains to establish how much time traveling takes. In Season 6, the writers broke their own rules. Following your world’s established rules is Fantasy Writing 101 — and that shouldn’t be crumbling six seasons in.

But after briefly letting him dally with existential despair, GoT has all but treated Jon’s death as if it never happened.

It was nice to see him crowned King in The North, but he’s still the same sad guy he’s been the whole time. The same applies to Jaime: By having him profess his undying love for Cersei in “No One” — which is truly out of the blue, as they’ve been growing apart for several seasons now — the show backtracked on his specular character development in Seasons 2 and 3. Most egregious of all, Tyrion had little to do but waste time making dad jokes with Grey Worm and Missandei. “The Winds of Winter” finally gave him real material again, but the bulk of Season 6 was his dullest.

Game of Thrones has not jumped the shark. It’s still one of the best shows on TV, and the Season 6 finale prepared us for a hell of a seventh season. But its greatest asset has always been its ability to have both shine and substance. Epic battles mixed with moral ambiguity, rich characters, and tight writing full of depth and nuances. George R.R. Martin certainly has his faults — but without his blueprints, the writers seem inclined to tip the scales towards blockbuster storytelling, nuances be damned.