Best bros Sir Ian McKellen and Patrick Stewart are frequently spotted hand-in-hand, accosting Elmos and turning up in pubs across New York. James Franco and Seth Rogen are, somehow, never not touching each other. Matt Damon and Ben Affleck won a damn Oscar together.

True bromance is a beautiful thing — and it might also protect against the dangers of stress, according to new research on male chimpanzee friendships from the Max Planck Institute for Evolutionary Anthropology.

Presenting at the Ethological Society annual meeting in Göttingen, the researchers recently described their studies on stress levels in wild male chimpanzees patrolling home turf in Uganda and the Ivory Coast.

Fighting off enemy invaders, unsurprisingly, puts chimps under a huge amount of stress, as the researchers found by measuring the level of glucocorticoid stress hormones in the chimps’ urine after these territorial battles. 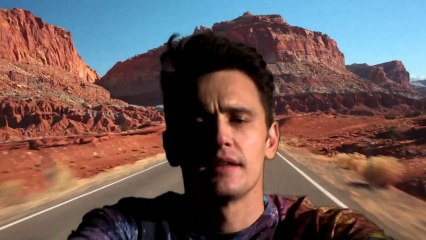 One factor, however, seemed to reduce those stress hormones in male chimps: The presence of their best bro.

Going into battle with a very close social connection — in chimp world, this means an individual you share food with and who occasionally grooms your junk — was linked to lower levels of stress hormones in the urine, suggesting that such bromances evolved to act as a protective social buffer.

Keeping stress at a minimum is incredibly important: Chronic stress has been shown to affect the immune system and ability to reproduce as well as interfere with moods, cognition, and other relationships. These kinds of disruptions, the study’s lead author Catherine Crockford, Ph.D., told the conference, can result in “poor health, social isolation, and early death.”

Most of us probably aren’t engaging in hand-to-hand combat over territory on a daily basis. We are, however, locked in battle with the social, personal, and professional struggles of everyday life. These situations are, arguably, just as stressful as chimpanzee gang wars, and they’re inevitably made less stressful by having a close (non-gendered) bro by our side.

Multiple studies have shown evidence for the importance of cultivating close friendships in maintaining physical and mental health; others, like one Child Development study published in 2011, found a direct connection between strong friendships and lower levels of the stress hormone cortisol.

So go on, embrace your best bro. It’s only going to do you good.

More like this
Mind and Body
Jan. 22, 2023
Cyclic breathing: Why experts say just 5 minutes a day can reduce stress
By Sarah Sloat
Mind and Body
Jan. 23, 2023
Can spicy food boost our gut health? Here's what the science says
By Katie MacBride
Mind and Body
Jan. 21, 2023
Do detox diets work? A dietician breaks down the murky science
By The Conversation and Taylor Grasso
LEARN SOMETHING NEW EVERY DAY.
Related Tags
Share: