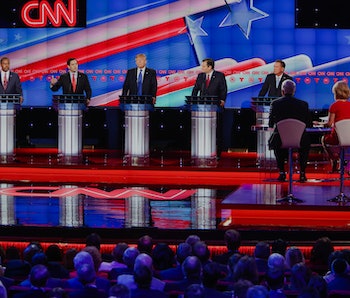 On Thursday night, Republican presidential candidates weighed in on the fight between Apple and the FBI over a court order mandating Apple help law enforcement access the San Bernardino terrorists’ iPhone during the CNN debate in Houston, Texas.

With Apple threatening to take its case to the Supreme Court, and the FBI showing no signs of backing down, this conflict could well stretch into the next president’s administration, making it a key election litmus test of where the candidates stand on security versus privacy.

The Department of Justice has already played a key role in backing up the FBI, and the next president would have some authority to reshape executive pressure on Apple to comply. The bully pulpit may also guide any Congressional action on the dispute.

Rubio also emphasized that opposing Apple did not mean supporting an encryption “backdoor.”

The only thing they’re being asked to do, and the FBI made this very clear about 48 hours ago, is allow us to disable the self-destruct mode that’s in the Apple phone so that we can try to guess using our own systems what the password of this killer was.

And I think they should comply with that. If that’s all they’re asking for, they are not asking for Apple to create a backdoor to encryption.

Cruz followed Rubio with a shot at his colleague, who he said had been “on both sides of the fence.”

Apple should be forced to comply with this court order. Why? Because under the Fourth Amendment, a search and seizure is reasonable if it has judicial authorization and probable cause. In this instance, the order is not to put a backdoor in everyone’s cell phone. If that was the order, that order would be problematic because it would compromise security and safety for everyone.

Carson was the least-restrained in his support for the FBI over Apple, offering a characteristically straight-forward analysis of the dispute.

You know, we have … a Constitution. We have a Fourth Amendment. It guards us against illegal and unreasonable search and seizure. But we have mechanisms in place with the judicial system that will allow us to gain material that is necessary to benefit the nation as a whole or the community as a whole. And that’s why we have FISA courts and things of that nature.

So absolutely, I would — I would expect Apple to comply with the court order. If they don’t comply with that, you’re encouraging chaos in our system.

Ohio Governor John Kasich then cut in to slam President Barack Obama’s handling of the dispute.

You know what the problem is? Where’s the president been? You sit down in a back room and you sit down with the parties and you get this worked out. You don’t litigate this on the front page of the New York Times, where everybody in the world is reading about their dirty laundry out here.

The president of the United States should be convening a meeting, should have convened a meeting with Apple and our security forces. And then you know what you do when you’re the president? You lock the door and you say you’re not coming out until you reach an agreement that both gives the security people what they need and protects the rights of Americans. This is a failure of his leadership to get this done as an executive should be doing it. 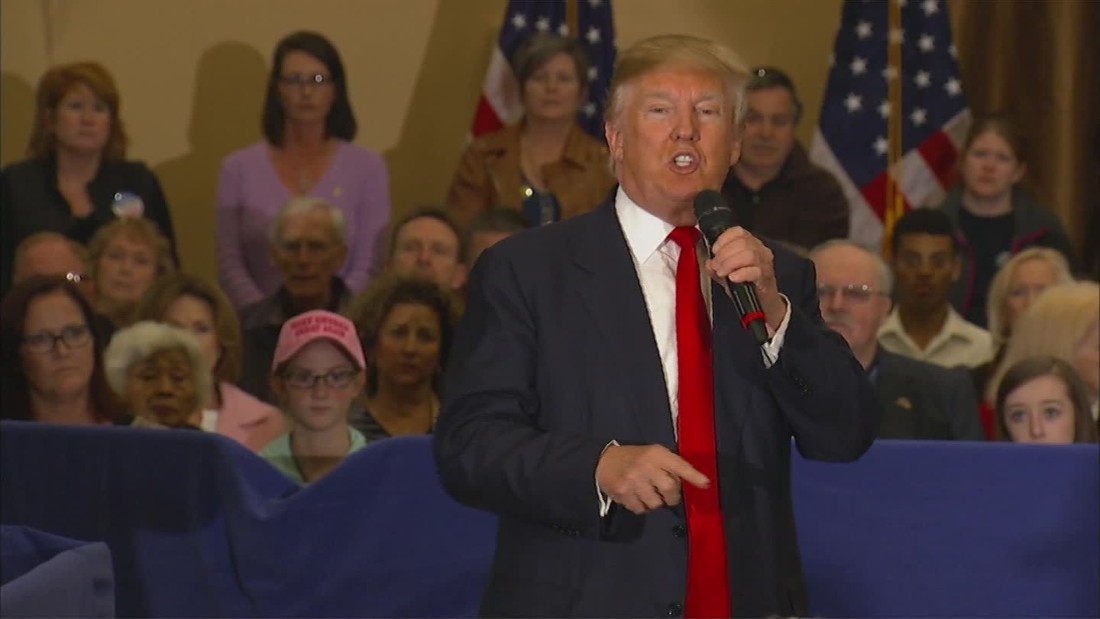 While the current, overwhelming frontrunner in the Republican field, Donald Trump, wasn’t able to weigh in on the dispute, his stance is well-known from when he called for boycotting Apple if they didn’t help the FBI.

On the democratic side, both former Secretary of State Hillary Clinton and Senator Bernie Sanders have tried to balance their support for the FBI and Apple.

When asked which of the two sides they support, Clinton refused to choose one, calling it “a difficult dilemma,” while Sanders said “both.”