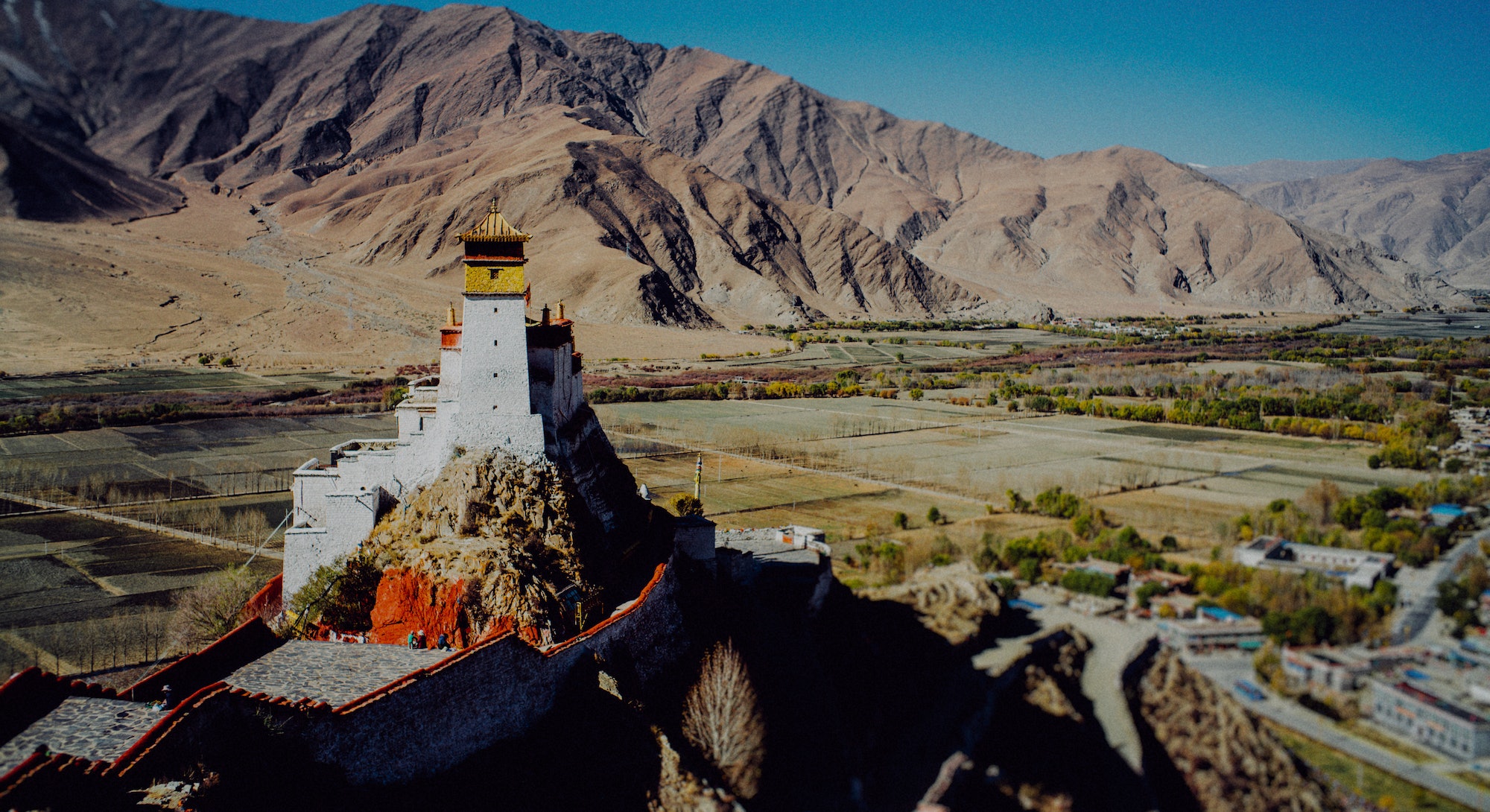 Now an arid region, this land attracted prehistoric people to the region thousands of years ago.

The area is one of the cradles of our species and other ancient peoples. And a new discovery enables modern intrepid travelers to Mount Everest and the Tibetan Himalayas to learn about the early human activity on the “roof of the world.”

Incredibly, the chance for discovery is literally just lying on the ground.

What was discovered in Tibet — It sounds almost unbelievable given the stories about litter covering Everest today, but the ancient humans who once called the Tibetan Plateau home left a lot of litter behind them, too. Except that to our eyes today, these pieces of carved flint, sculpture, and other artifacts are signs that the ancestral people of the region were industrious tool makers — and may have been mountaineers themselves.

These fragments from lives once lived were likely created by the ancestors of modern Sherpas, an ethnic group of mountaineering people who are today hired by tourists in climbs up and around the dramatic peaks in the Himalayas.

How they did it — Meyer and his team determined that six of these so-called surface artifacts in Su-Re, a site in south-central Tibet near Mount Everest, are 5,000 to 5,500 years old. (They used a new dating method that harnesses sunlight to determine age.)

This age makes them the oldest surface artifacts in this region of the Tibetan Plateau. There are older examples, however. A separate site near Lhasa, the capital of Tibet, has artifacts that date back to up to 12,000 years ago.

If you travel to the region today, it is possible to find these fragments just lying on the ground, Meyer says.

“The basic rule is that surface artifacts should be left in place when encountered,” Meyer’s colleague Mark Aldenderfer tells Inverse. “Of course, people pick them up, check them out, and maybe even photo them. But once they have satisfied their curiosity, they should place it on the ground where they found it.”

So if a traveler does discover an artifact, the best and most conscious way to enjoy this moment of connection to the past is to photograph it where they see it and let the joy of the find be in the fact that one is able to come so close to an ancient relic of humanity.

How to travel to this historic location — Su-Re, where this discovery was made, is hard to reach and unrecognizable unless you are an archaeologist, Meyer says. But it is also close to popular places that offer spectacular views of Mount Everest, so best to take the trip slowly and soak in all the beautiful landscapes.

“The vastness of this area is really incredible. There are all these mountain ranges in between, so it’s not really flat at all,” Meyer says. “Do not rush through this unique landscape… use your feet.”

Getting there — Most tourists have to get a special permit to enter Tibet from China, and the usual route is via the Chinese city of Chengdu. To get a permit, you may be able to apply via a travel agency, like Tibet travel site TibetTravel.org, and please bear travel restrictions in mind.

From Chengdu, travelers can then take a 3-day train or a 2.5-hour flight to Lhasa, the capital of Tibet.

Join a package tour — Either once in China or arranged abroad, package tours are perhaps the easiest way for most foreigners to get a permit. The aforementioned Tibet Travel has various options, including tours that would take the traveler through the Mount Everest region, and to Everest Base Camp on the north side of the mountain.

Best time to visit Tibet — Dorji Wangchuk, professor of Tibetan and Buddhist Studies at the University of Hamburg in Germany, tells Inverse that the said the best time to visit Tibet is September and October — after the monsoon rains and before harsh winter sets in. This affords clear views of the mountains.

According to travel site The Culture Trip, this is a popular time with the most intrepid mountaineers, too, and with people who make the trek from Tingri, a town near Mount Everest, to the North Everest Base Camp.

How long to stay in Tibet — Both Wangchuk and Meyer agree that a visitor should plan to spend several weeks in Tibet. For one, a visitor may need days to adjust to the high altitude. They also recommend a slow journey to best enjoy the landscape.

Why lovers of history and science should visit Tibet — The Tibetan Plateau is one of the cradles of humanity. Currently all that’s known about the ancient mountaineers who left tool fragments behind thousands of years ago is that they were there and that they used stone tools. But it is also known that Denisovans, an archaic relative of Homo sapiens, were in the region tens of thousands of years ago.

There are archaeological sites across the Tibetan Plateau where ancient humans have left imprints in mud that have turned solid. These are also popular attractions, but Meyer warns against touching the prints.

Wangchuk, who was born in Bhutan, says that his native country also has a similar site where a person left a print of their body on a rock. Religious people go to these sites to get benefits in this life and the next, and signs of ancient humans are seen as deity imprints.

This region of Tibet is infused with history and cultural meaning — look to the mountains, for example. Visitors interested in Himalayan culture should keep in mind that oftentimes the names of the mountains are the same as those of deities. Communities across Tibet and neighboring countries have a deep reverence for mountains, and some will not climb the mountains, Wangchuk says.

Mount Everest’s name in Tibetan is, in English script, Chomolungma, which is the name of a goddess.

Even non-religious locals feel that ascending certain peaks is akin to stepping over something that you should not tread upon, like “trodding on someone’s head,” Wangchuk says.

Don’t anger the gods — Wangchuk tells Inverse that Sherpas living near Mount Everest believe people should be very careful not to infuriate the deities on the mountains. These fears are certainly comparable with the danger of certain journeys like the trek up the famous summit.