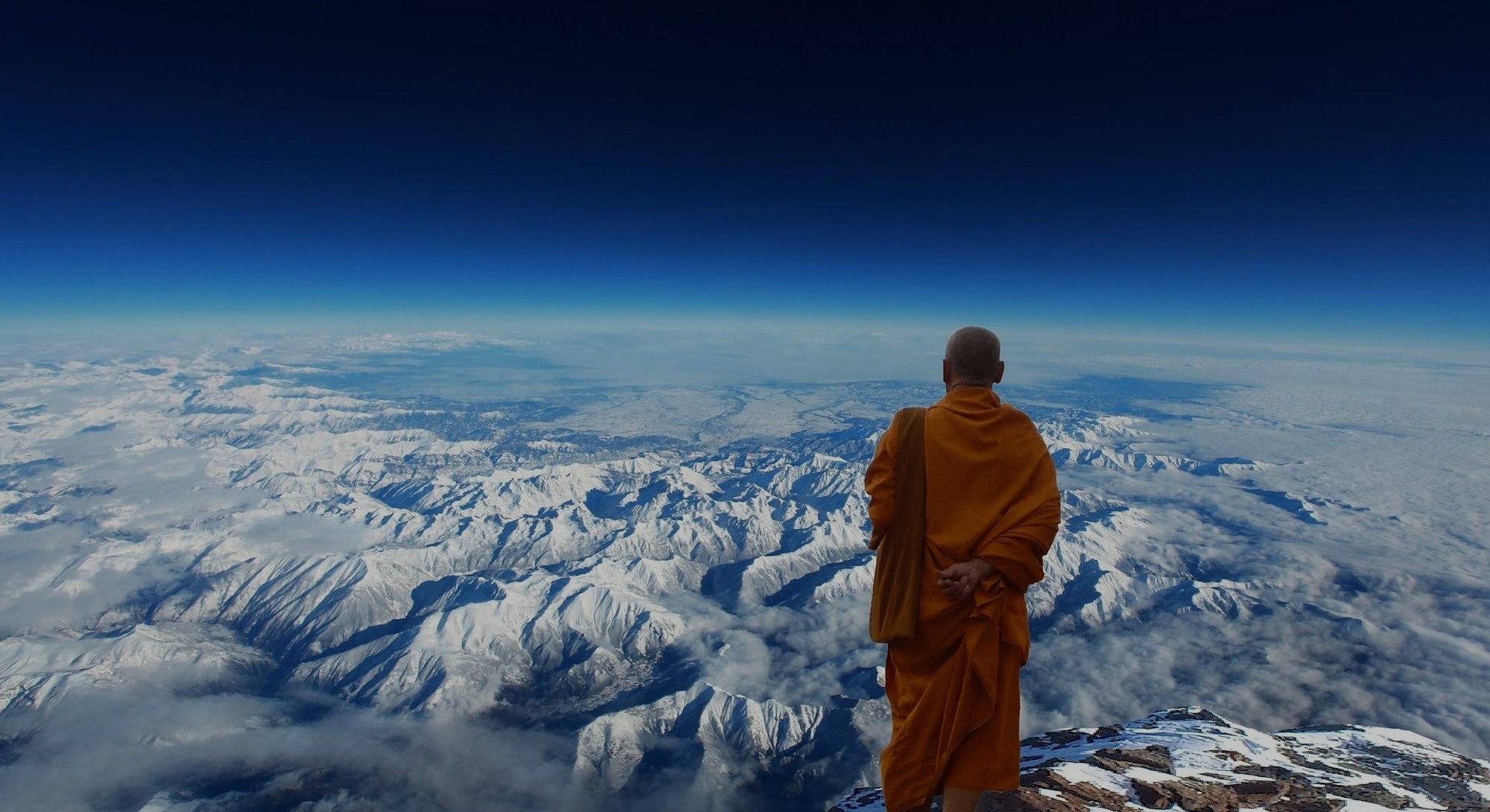 The people of the Tibetan plateau are famous for their incredible feats of athleticism, scaling the planet’s highest mountain peaks with apparent ease as others succumb to the devastating symptoms of altitude sickness. It’s as if they were born for the task.

Mounting scientific evidence confirms that these people, indeed, were: Genetic analysis shows that ethnic Tibetans have adapted to the rigors of mountain life, and the biological secrets of their success are written in their DNA.

“The fact that human populations have undergone such strong selection and have such major changes — even if it’s only at certain loci — in just the past 15,000 years is remarkable,” Chad Huff, a geneticist with the University of Texas, tells Inverse.

Huff and co-authors published a study in April in PLOS Genetics analyzing for the first time whole-genome sequences for 27 Tibetan individuals. The research identified three new genes that help with mountain living, in addition to confirming two that were previously known. These gene variants give Tibetans the ability to metabolize oxygen more efficiently and protect against Vitamin D deficiency.

The emerging story about biological adaptation through natural selection is fascinating and complex. “The population history between Tibet and Han Chinese is more complicated and goes back further than anyone previously recognized,” says Huff. These two groups are closely related, although they became genetically separate at least 44,000 years ago, according to this new analysis. Despite the separation, a significant amount of genetic mixing continued between the groups until about 9,000 years ago, after which it was rare.

Yet, despite this mixing, the Tibetans have evolved and maintained genetic adaptations that suit them to life above 15,000 feet. The Han people, a lowland group, does not preferentially exhibit these traits.

This is a classic story of Darwinian natural selection, where random genetic mutations can result in traits that are beneficial to survival, and are therefore passed on preferentially to offspring. But there’s a bigger story at work here too — one as large and as mysterious as the course of human history.

One of the genes that helps Tibetans adapt to high altitude is known as EPAS1. The Tibetan variant of this gene does a surprising thing — it actually lowers the hemoglobin count in your blood at high altitudes. Hemoglobins are a protein in red blood cells that transport oxygen to your body. It’s surprising that Tibetans would have a lower hemoglobin count at high altitudes; normally our bodies respond to lower oxygen pressures by increasing hemoglobins in our blood, allowing for more O2 to reach the muscles. It’s even more surprising because other population groups that have adapted to high altitude environments, including the South American Andes and Africa’s Ethiopian Highlands, have done so in part by raising hemoglobin count.

The Tibetans, however, do things differently. Rather than upping hemoglobin count, their bodies have several adaptations that allow them to use oxygen more efficiently, so they need less of it. This allows them to keep hemoglobin counts relatively low at high altitude, which helps to avoid some of the potential downsides of a high hemoglobin count. Hemoglobins thicken the blood, and the thicker your blood the more likely it is to clot, which increases the risk of heart disease and stroke.

Here’s the thing about the Tibetan EPAS1 gene variant — it arose first among the Denisovans, an ancient cousin of the Neanderthals that roamed Asia before the ancestors of modern humans left Africa and proliferated across the planet. Recent revelations that human populations from places besides Africa have one to two percent Neanderthal DNA, and aboriginal Australians and Melanesians have up to five percent Denisovan DNA, have complicated the picture of how humans colonized the Earth.

“The complex history of human evolution, over the past two million years — there are many things that we still don’t understand,” says Huff.

From the first human populations to emerge in Africa, there have been waves of colonization as particularly successful groups figured out how to survive and proliferate. Nearly two million years ago, Homo erectus emerged and fairly quickly spread across Eurasia. A second wave out of Africa occurred maybe 700,000 years ago. Did this group replace earlier colonizers or mix with them? The answer is still largely a mystery to science, although new DNA evidence is starting to unravel the answer.

What we do know is that, when truly modern humans emerged and spread through Eurasia between 60,000 and 40,000 years ago, they encountered other human groups, including the Neanderthals and the Denisovans. And they interbred.

We don’t know if Homo sapiens made love or war as they traversed the landscape, but we do know that they benefited from the genes they happened to pick up along the way, including the variant of EPAS1 that helps Tibetans alive today keep their hemoglobin counts low.

It didn’t surprise Huff and his colleagues that Tibetans had benefitted from Denisovan genetics in this way, since this had been revealed by earlier research. What did come as a surprise was that they didn’t come across new examples of high-altitude adaptations that came from these ancient cousins in their analysis of the full genome. “It’s somewhat of a puzzle to me, as to why there would only be one,” says Huff.

Because, if the Denisovans had lived at altitude long enough to evolve one low-oxygen adapted mutation, you’d expect there to be others, and for the incoming Homo sapiens to find them genetically useful, too. Of course there are many possible explanations. Perhaps the Denisovans weren’t adapted to high altitudes at all, and had this gene variant floating around by pure genetic accident, and it was only once the ancestors of the Tibetans headed into the hills that it found its proper usefulness. Or maybe other high-altitude adapted genes lost their usefulness in the crossbreeding, because they only worked in a combination that was no longer present.

The outcomes of experiments in genetic mixing are complex at the individual level, let alone the population level or the species level. Unraveling the secrets human origins is a daunting task, and yet our scientific tools to examine them keep getting better. Just recently scientists announced the recovery of Neanderthal and Denisovan DNA, not from fossil bones but from cave dirt. And if we can extract genetic clues from dust, there’s no telling what we might learn about our distant family tree.

“The fossil record is not particularly good in Asia, and so my hope is that over time that will improve and we’ll start getting ancient DNA,” says Huff. “We have many ancient DNA samples from Neanderthals, but almost none from Asia. If that fossil record fills in, we’ll start learning about the rich, complex genetics — I suspect — of archaic humans in Asia. We’re only able to scratch the surface now.”