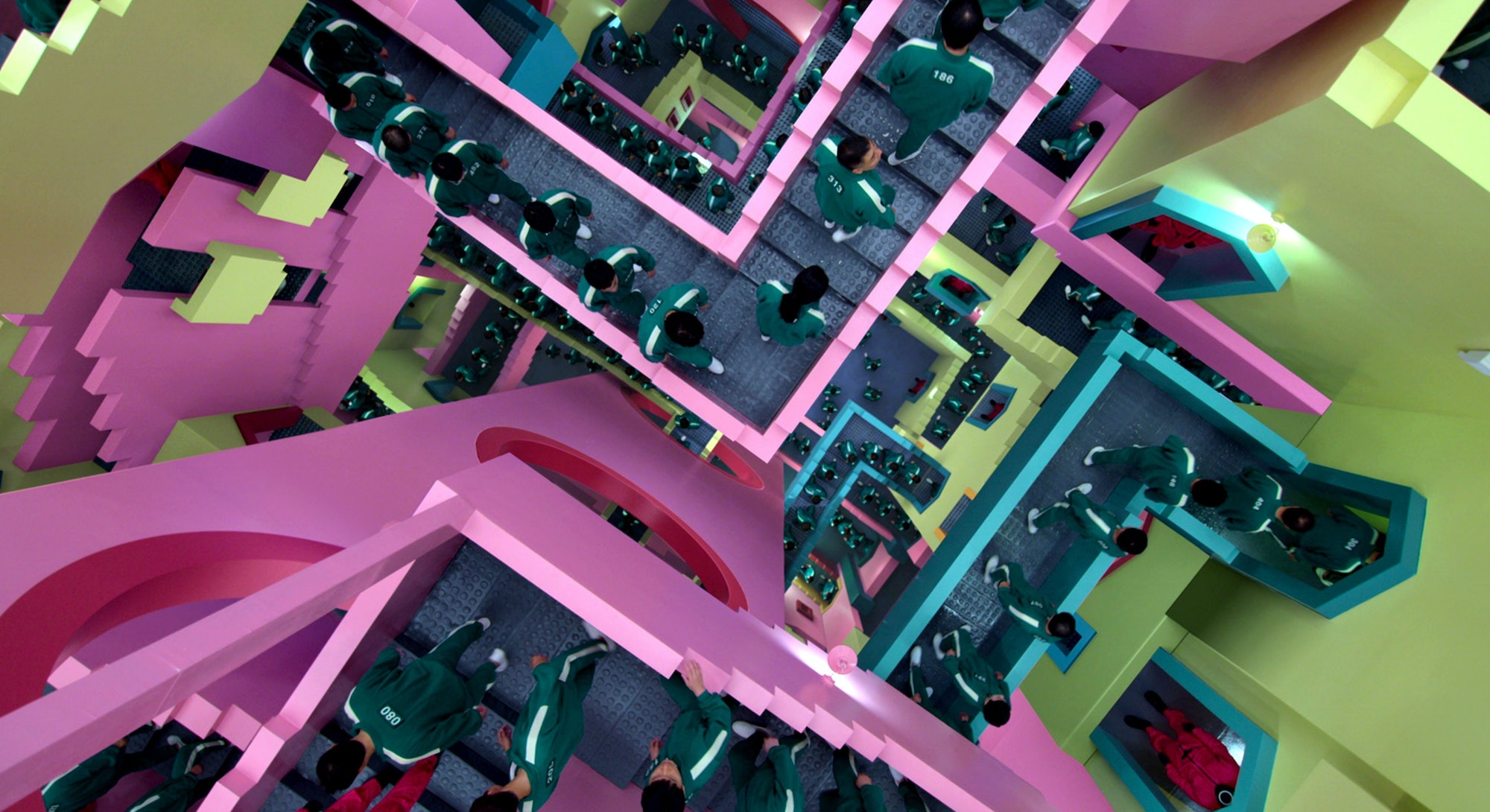 When Netflix’s Squid Game was released in September, it became an immediate viral sensation, leading to viral TikTok challenges and surpassing Bridgerton as the most-watched show on the streaming platform.

More than 100 million subscribers watched Squid Game in just 17 days. It resonated with audiences worldwide with its anti-capitalist message embodied by deadly challenges.

These games aren’t just terrifying — they’re believable (and winnable) because they are also rooted in actual science, according to experts.

Here is a breakdown of the complex science behind three of Squid Game’s deadliest challenges.

If you really want to understand how the games wound up being so lethal, read ahead. But warning — there are major spoilers for Squid Game ahead too.

In episode 3 — “The Man with the Umbrella” — players line up behind one of four symbols: a circle, a triangle, star, or an umbrella. The symbol they choose is carved into a mold onto a brittle piece of candy.

The players must carve the pattern out of the candy without breaking the shape — or die. It’s harder than it looks — real people have attempted (and often failed at) a viral TikTok challenge replicating the game (minus the murder).

The Squid Game challenge resembles a South Korean children’s game and candy known as “ppopgi” or alternatively “Dalgona” — not to be confused with the Dalgona coffee that went viral in 2020.

Dalgona, similar to honeycomb toffee, is a sweet candy made of just two ingredients: sugar and baking soda. You begin by caramelizing sugar — but what does it mean for sugar to be caramelized?

“When crystalline sugar is melted, it liquifies because the sucrose is breaking down into glucose and fructose,” Trout says.

After the sugar melts, you mix a small amount of sodium bicarbonate — baking soda — which adds air to the caramelized sugar and “causes foaming” according to Trout.

You pour the sugar-baking soda solution onto a pan, and the solution then dries into a hard foam. Press a mold into it, and you’ve got the iconic Dalgona from Squid Game.

“When the sugar dries, it’s a solid foam because there are tiny pores where the [carbon dioxide] was released,” Trout says.

The game’s challenge hinges on the participants’ ability to carve out complex shapes — like an umbrella — without breaking the brittle candy’s mold. But why is the candy so brittle?

As Trout explains, the candy’s brittleness can partly be explained by the inclusion of baking soda, which creates “pockets of air within a network of fine sugar.”

“Pores from the bicarbonate [baking soda] make it more brittle — but easier to eat because the sugar doesn’t pack into your teeth as well,” Trout says.

Try making Dalgona candy yourself: Can you break it without shattering the mold and survive the challenge?

In Episode 4 — “Stick to the Team” — contestants try to win a deadly game of tug of war.

Squid Game protagonist Seong Gi-hun is appointed leader of his team, which initially seems weaker than the opposing squad.

Gi-hun’s elder teammate saves their team with a bit of strategic advice: Instead of pulling when the game starts, all the players on their side should lean back as far as possible while keeping their feet firmly planted parallel.

This strategy throws the stronger team off-balance in more ways than one, paving the way for Gi-hun’s team to win the game. But can a weaker team really employ this strategy successfully?

To answer that question, you need to understand the physical forces at work during tug of war, which can be summed up by Newton's third law of motion — the law of action and reaction.

But if the force on the rope is equal on both sides, therein lies a paradox: How can anyone win?

“The forces of the rope on the two opposing teams are not the only forces involved — there are also forces on the feet of the teams, and that's where the paradox is solved,” Gay says.

“Newton's third law says the ground will push back on their feet, with an equal and opposite force,” Gay explains. This force will push the weaker team to the right, thereby pulling the stronger team in that direction too.

By digging their heels into the ground and leaning their bodies horizontally, the weaker team in Squid Game generates more friction than the players on the stronger team who keep their shoes flat on the ground and focus solely on pulling the rope.

“The team that has their lower legs as close to parallel with the ground will win, because they're going to be able to dig into the ground more and get a bigger force of the ground pushing on them,” Gay says. But this logic typically assumes that both teams have equal muscle capability, which isn’t the case in Squid Game.

“If you can trick the other side to slip... then they will find it hard to stop slipping.”

As Richard Muller, an emeritus professor of physics at the University of California, Berkeley tells Inverse: “You need both strength and friction” to win a game of tug of war.

Having heavier people helps with friction, so a stronger team does have an inherent advantage, even if you try to take advantage of physics.

If you’re approaching a game of tug of war mathematically, you want to calculate the maximum force to figure out how to win, Muller says.

“The maximum force without slipping is the weight of the people [multiplied by the] coefficient of static friction,” Muller says. (Static friction refers to the friction between two objects that are not in motion relative to each other.)

But a weaker team still stands a chance because tug of war involves movement. Moving friction likely saves the weaker players in Squid Game, who suddenly step forward in the game’s final moments, causing the stronger players to slip.

“The coefficient of moving friction is usually lower, so if you can trick the other side to slip — by a sudden pull, for example — then they will find it hard to stop slipping,” Muller says.

In episode 7 — “VIPs” —Squid Game’s remaining 16 participants must cross a high-rise bridge in a circus-like setting before time runs out.

There’s just one catch — the bridge is made up of two different kinds of glass:

The players don’t know which kind of glass they’re stepping on — and this ignorance makes the difference between life and death.

As the show’s announcer explains: “Tempered glass can withstand the weight of even two players, but normal glass will shatter with just one person.”

Tempered glass can also support the weight of a human being — and “a lot more than that,” Montenegro explains.

Most of the players in Squid Game don’t have the benefit of a glass maker's knowledge, so they step on the regular glass. When it shatters, they die.

But in the final minutes, one player reveals that he can tell the difference between tempered and regular glass by looking closely at the glass in the light. It’s a gambit that works well — until the game makers kill the lights.

According to Montenegro, if there were some user or machine errors in the manufacturing process, you might be able to see the difference in the glass in this way.

“Sometimes when the machine is not so good, the tempered glass looks a little wavy,” Montenegro says.

Fortunately, none of us will ever have to put this deadly science to the test, but understanding the mechanics behind Squid Game can give you a better appreciation for how the show shattered viewers’ hearts and streaming records.