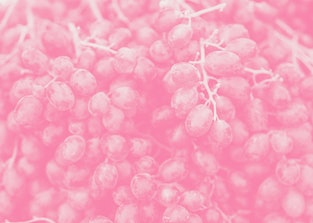 Protecting California’s legendary wine may come down to one pollutant

Wine is likely to be among the casualties of climate change, with some regions suffering more loss than others.

But in California, air pollution regulations to target one pollutant in particular are actually working to save the grapes, and keep your favorite pinot noir on the table.

Over the course of 35 years, California's air pollution laws have helped safeguard the growth of grapes, nectarines, peaches, strawberries, walnuts, and almonds in the state, according to a study published Monday in the journal Nature Food.

Specifically, regulations to reduce ozone kept these crops healthy — and protect their future.

The evidence for the rare climate success story comes from data collected across 1980 to 2015, which traces these fruits and nuts' yearly crop yields. The data reveal that as ground ozone dropped over time, agricultural production rose by $600 million each year.

And if the trend continues, those yields will grow, meaning more wine for your table.

The researchers predict that, by 2050:

But the success of these crops doesn't mean California's bountiful agriculture is high and dry. Almonds, for example, are expected to suffer in future, the researchers say. The state grows 80 percent of the world's almonds, according to the paper.

"These aren't the things that are providing the global population with its main source of calories,” study co-author Steven Davis, an associate professor at the University of California, Irvine, said in a statement. "These are the sweet things in life — fruits, nuts and grapes for wine."

The research provides solid evidence that regulating pollutants in the atmosphere — in this case ozone — has clear environmental and economic benefits. Ozone is created when nitrogen oxide reacts with sunlight. It enters plants leaves and burns up cells, impairing how well they can photosynthesize, and produce fruit.

In fact, ozone's pernicious effect on plants may be even greater than warming temperatures, the study authors say. But the research also makes the case for regulations that combat other pollutants contributing to climate change, too, Davis says.

"As we transition away from fossil fuels in favor of solar and wind energy and electric vehicles, there will be big changes in ozone pollution,” Davis said.

“We can simulate those changes and project the effects on California's most valuable crops."

Abstract: Changes in temperature and air pollution affect agricultural productivity, but most relevant research has focused on major annual crops (for example, wheat, maize, soy and rice). In contrast, relatively little is known about the effects of climate change and air quality on perennial crops such as fruits and nuts, which are important to dietary diversity and nutrition, and represent ~38% of California’s agriculture by economic value. Moreover, the adaptive capacity of perennial crops may be limited by their long lifespans and sometimes large establishment costs. Here, on the basis of statistical modelling of historical data and downscaled climate model projections, we jointly assess the impacts of climate and ozone levels on historical and future yields of perennial crops in California. Although the effects of warming to date are not statistically significant for many perennial crops, the yields of most perennials show a significant negative response to ambient ozone, ranging from −2% for strawberries to −22% for table grapes, implying total losses of roughly US$1 billion per year. This suggests that historical improvements in California’s air quality that reduced ozone exposures may have had large, unaccounted co-benefits for the state’s perennial crop yields, and further pollution reduction could create additional gains. Indeed, the co-location of regions with high production and high ozone damage indicates that opportunities to improve crop yields through pollution mitigation are large.