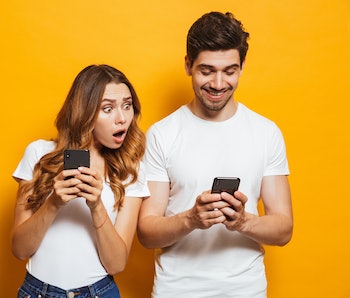 But have you ever wondered what effects consuming adult content can have on your health?

3 out of 5 experts said yes

Their main concerns were about the creation of unrealistic expectations, links with gender-based violence, and the potential for addiction.

Here are the experts’ detailed responses:

…but, this is mostly due to a lack of alternative information.

There is extensive evidence linking viewing pornography with negative health behaviors, attitudes, and outcomes, including mental health issues, sexual risk behaviors, and gender-based violence. But research with young people indicates many of these harms would be offset if they had access to better sex and relationships education.

Pornography frequently contains content supporting traditional gender roles and gender inequality — it shows men as dominant and women as submissive. We know most young people view pornography before they have any real-life sexual experience. They report pornography is now a key component of their sexual development, and its themes become integrated into their real-life sexual practices and relationships.

Many young Australians report school-based sexuality education is hetero-normative and only teaches them what to avoid. They, therefore, rely on the internet and pornography for the information they want about sex and relationships. It’s vital young people receive a better education that provides them with positive and diverse information about sex, pleasure, and relationships.

Pornography can affect both those who use it and those who appear in it. People on both sides of the screen need a harm minimization approach to protect them from sexually transmissible infections, sexual coercion, and violence.

First, pornography teaches sexist and sexually objectifying understandings of gender and sexuality. Pornography use leads to less egalitarian and more sexist attitudes, as shown in meta-analyses, experimental, and longitudinal studies among adolescents and adults.

Pornography is a powerful and unhealthy sexual influence for youth and adults alike.

Andrea Waling - Sex and Sexuality - No

No, but it depends on how it is used.

Nevertheless, mental health concerns may be more related to the stigma surrounding pornography watching, rather than pornography itself. Also, pornography may be used as a coping strategy for experiences of depression and anxiety, rather than a direct cause.

Australians watch a lot of pornography. A nationally representative random sample of about 20,000 Australians aged 16 to 69 years found 62% of males and 20% of women had looked at pornography in the past year.

Few Australians think pornography is harmful. Some 4% of men and 1% of women reported they were addicted to pornography, with about half of these people reporting using pornography had a bad effect on them. These rates were higher for younger people.

There is a risk high exposure to pornography distorts the perception of what sex is like, particularly for young people who may have no real-life comparison.

Pornography covers a very wide spectrum of tastes and genres, including material at the extremes. The causal pathway that degrading or rough pornography causes violence against women is not established — it's possible aggressive or violent men chose to watch that kind of pornography.