Weed farmers are destroying wildlife so you can get stoned. 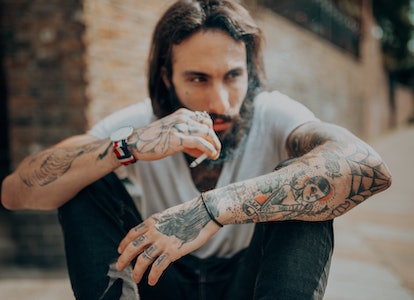 The effect of large-scale farms on flora and fauna in this country is well-documented. What’s less understood is how illegal cannabis farms change wildlife. That’s changing, though, thanks to more study into the area. The findings aren’t great.

As Inverse nature reporter Tara Yarlagadda heard first-hand, these sorts of farms ruin the wildlife and habitat they call home.

“A huge majority of [weed farms] in California are still illegal and non-permitted,” Greta Wengert, a co-author on a new scientific paper into the matter, explained to Yarlagadda. “All trespass-grows on public lands and large tracts of privately owned ranches and timberlands will always be illegal — and deleterious to our environment. There is no immediate sign of slowing down.”

As Wengert keenly observes, the number of weed farms likely isn’t going to go down anytime soon. Given the booming market and increasing pot legalization for medicinal and recreational purposes, the outlook is grim without smarter regulation. The wildlands of America, already under threat from a brain-numbing number of sources, now face another intrusion: Drug cartel farmers who spray pesticides and destroy natural habitats.

(If you’re interested in reading more about illegal grow operations, our own Katie MacBride reported on pesticides used at them, while on assignment for Playboy in 2019. Just read it; a great story.)

Keep reading to learn more about this critical story and more in this edition of Inverse Daily.

This is an adapted version of the Inverse Daily newsletter for Tuesday, September 7, 2021. Subscribe for free and earn rewards for reading every day in your inbox. ✉️

The hurt cannabis farm put on wildlife — Tara Yarlagadda spoke to scientists who have identified the areas where illegal cannabis farms and three endangered animals are likely to overlap in California and Oregon:

Greta Wengert, executive director of the Integral Ecology Research Center, found herself surprised by two specific findings linked to her team’s examination of illegal cannabis farms in California and Oregon.

“I thought we might find one, two, maybe a handful,” Wengert tells Inverse. “The number that we did find in relation to the small number of stream miles we covered during ground-truthing was alarming.”

Despite a seemingly confounding fact, this discovery holds that Cannabis in Oregon and California is legal for medical and recreational use.

Hurricane Ida, as seen by NASA — Hurricane Ida made landfall in Louisiana as the Perseverance rover sought new sampling targets, and scientists got a new look inside a working brain this week. It’s your science week-in-review from card story editor Bryan Lawver:

New life to Shang-Chi — A generation of Asian American voices on the internet prepared a populace for Marvel's Shang-Chi. How will their efforts fare in the face of a pandemic? It’s the final entry in a three-part series by senior staff writer Eric Francisco about the rise, fall, and rebirth of the Marvel Comics hero, whose movie opened this past weekend:

With the release of Marvel’s first Asian-led superhero movie, Shang-Chi and the Legend of the Ten Rings, the online Asian community has the blockbuster event film they’ve blogged and tweeted to see for decades. But the difficulties of an ongoing pandemic have this very same generation of voices wondering if making history is enough to survive it.

A telescope spots a weird galaxy — Passant Rabie reports that astronomers have captured a stunning view of the galaxy Centaurus A, using the dark energy camera on a telescope in Chile:

Galaxies are scattered across the universe, each with a unique signature appearance telling of their past. And we now have an image of a bright, bright galaxy in action.

Astronomers pointed a dark energy telescope at a well-known large galaxy, capturing its strange shape in great detail. Centaurus A shined bright in a stunning new image, revealing the galaxy’s collision with a galactic counterpart millions of years ago.