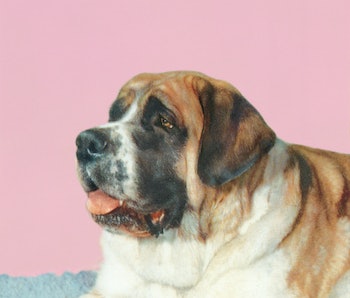 It's an old trick: To tell how old your dog is in human years, simply multiply the pup's age by seven. However, new research suggests the popular dog-age-calculating method isn't actually all that accurate. Scientists now present a novel method for determining a more reliable comparison instead.

Dogs and humans age at different rates, so the relationship between the two aging processes isn't linear, finds a study released Thursday in the journal Cell.

Researchers present an alternative formula to calculate how old a dog is in human years, based on the chemical composition of dog and human genomes.

Aging gracefully — The old one-to-seven calculation comes from a simple idea: Dogs live around 12 years, while humans live around 80 years, so you can get a rough estimate of where a dog is in its lifetime, in human terms, with some basic multiplication.

But dogs and humans age very differently, the authors of the new study point out.

"This makes sense when you think about it," senior author Trey Ideker, a professor at UC San Diego School of Medicine and Moores Cancer Center, explains. "After all, a nine-month-old dog can have puppies, so we already knew that the 1:7 ratio wasn't an accurate measure of age."

Ideker and their team focused on methyl, chemical groups found in our bodies which change as we, and dogs, age. Methyl groups are often referred to as chemical tags. These help scientists estimate the age of a cell, tissue, or full organism — called an epigenetic clock.

The researchers studied 104 Labrador retrievers, whose ages spanned 16 years, and compared changes in methyl between these dogs and a sample of humans. That allowed them to develop a new formula to translate dog-to-human years.

To be fair, it's a lot easier to just multiply your dog's age by seven. Luckily, the new formula comes with a handy chart that represents human ages in Hanks-years:

As the chart shows, younger dogs age especially quickly compared with humans. At age one, a dog is more like a 30-year-old-human than a 7-year-old and a 4-year-old dog is more like a 52-year-old human, not a 28-year-old. Interestingly, dog aging slows down around age seven.

Although the study was only conducted in Labradors, the researchers think it will apply to other dog breeds, too. The researchers plan to test additional breeds in the future, as well as mouse models, to test ways to potentially prolong animal lifetimes with interventions.

“One of the lessons that we can draw from the study is that aging is not necessarily something that is beyond our control,” the study's lead author, Greg Fahy, told Inverse at the time. “In fact, it seems that aging is largely controlled by biological processes that we may be able to influence.”

Abstract: All mammals progress through similar physiological stages throughout life, from early development to puberty, aging, and death. Yet, the extent to which this conserved physiology reflects the underlying conserved genomic events is unclear. Here, we map common methylation changes experienced by mammalian genomes as they age, focusing on comparison of humans with dogs, an emerging model of aging. Using oligo-capture sequencing, we characterize methylomes of 104 Labrador retrievers spanning a 16-year age range, achieving >1503 coverage within mammalian syntenic blocks. Comparison with human methylomes reveals a nonlinear relationship that translates dog-to-human years and aligns the timing of major physiological milestones between the two species, with extension to mice. Conserved changes center on developmental gene networks, which are sufficient to translate age and the effects of anti-aging interventions across multiple mammals. These results establish methylation not only as a diagnostic age readout but also as a cross-species translator of physiological aging milestones.

More like this
Science
6.23.2022 11:00 AM
Historic Yellowstone flooding and more: Understand the world through 8 images
By Robin Bea
Science
6.23.2022 6:00 PM
Reptile longevity is even more complex than we imagined — study
By Elana Spivack
Science
6.22.2022 8:26 PM
Yes, there are mites living on your face — and they can poop, a new study finds
By Allison Parshall
Related Tags
Share: