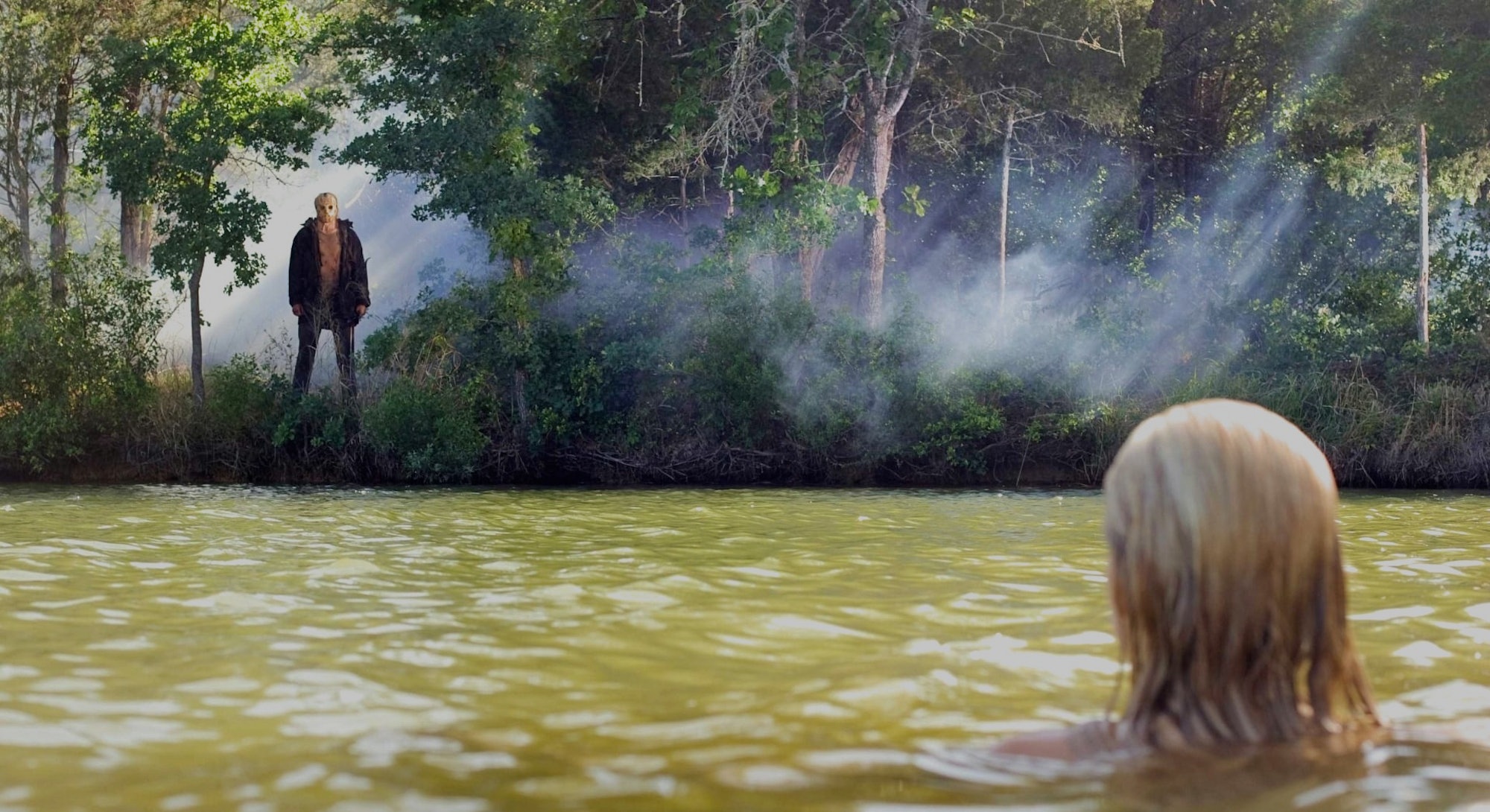 He’s one of the most iconic figures in horror: a madman in a hockey mask, murdering anyone who stands in his way.

His name is Jason Voorhees, and he’s out for blood.

Or at least, that’s the classic perception of Jason. It’s certainly the perspective of the 2009 Friday the 13th remake — now streaming on HBO Max.

But if you dig a little deeper into the Friday the 13th franchise’s long history, it’s obvious Jason isn’t just a faceless killer. In fact, he experiences serious mental health concerns that tragically drive his actions.

Beyond the debate over how sympathetic we can really be to Jason, is a bigger question: Is the representation of mental health in the Friday the 13th movies ultimately helpful or harmful?

Inverse spoke with Anthony Tobia, a professor of psychiatry at Rutgers’ Robert Wood Johnson University Hospital, about Jason, Friday, the 13th — the original and the remake — and the representation of mental health in horror films. Ultimately, he explains, examining Jason’s actions through the lens of psychology can give you a new perspective on the franchise.

“I think there is a major teaching point that we can take away from the original film, and that is how to develop empathy for individuals who are struggling with mental illness,” Tobia says.

In the original 1980 Friday the 13th, we learn Jason’s mother Pamela, who is a cook at Camp Camp Crystal Lake, witnesses his “drowning” and goes on a rampage against the camp counselors who let it happen — and then a bunch more innocent counselors trying to reopen the camp years later. (This also happens in the 2009 remake.)

“It’ll be easier for you than it was for Jason. You need to be punished for what you did to him,” Pamela says in the 2009 remake as she attempts to murder the camp counselor, who kills Mrs. Voorhees in self-defense.

As it turns out, Jason is actually alive — and goes on a vengeful murdering spree, killing innocent teens on behalf of his dead mother throughout the various Friday the 13th iterations.

But whether we’re talking about the original Friday the 13th film or its 2009 remake, we can’t diagnose Jason with a specific mental disorder — though some fans suspect he is experiencing dissociative identity disorder (DID), which occurs when individuals have two or more separate personalities and causes memory loss.

It’s a possibility that Tobia’s medical students have raised, but there’s probably insufficient proof of DID symptoms for Jason to be diagnosed with this condition, he says.

Yet we do know some facts about Jason’s mental health and psychological challenges, based on the official film canon.

“We know from the backstory of Jason Vorhees is that he is developmentally disabled,” Tobia says. “So from that perspective, [we] know at least the author of [Jason’s] backstory, did intend for Jason to be struggling with mental health issues.”

Much like Michael Meyers in Halloween, Jason experiences mutism — he cannot speak, though it’s not clear whether that’s due solely to his disabilities or as a result of trauma. It’s likely a combination of multiple factors, according to Tobia.

“This is somebody who is still stunted, despite his chronological age.”

“When we see someone who simply doesn't talk anymore, we think that might be along the lines of a conversion disorder — the loss of a special sense due to a trauma,” Tobia says.

He adds, “In psychiatry, our patients with cognitive disorders have a difficult time putting words to their feelings.”

Because Jason cannot speak, the viewer is forced to think differently about how Jason communicates his feelings, compared to, say, Freddy Krueger, who openly declares his desire to murder children in their dreams.

Tobias challenges viewers to ask: “What is it that Jason is likely thinking about? What are his impulses that he's acting on?”

Due to his developmental disabilities, Jason is still mentally a child, Tobia says. We should, in turn, consider Jason’s actions from that perspective. It’s not a man who’s reacting to the murder of his mother, it’s inherently a child.

“This is somebody who is still stunted, despite his chronological age,” Tobia says.

Is Jason a “sympathetic” villain?

Friday the 13th isn’t simply an entertaining slasher film — it can also be a tool to train mental health professionals, according to Tobia.

While Tobia certainly recognizes the “potential harm” of films like Friday the 13th in potentially stigmatizing mental health issues, Tobia also wants us to recognize the opportunity the film presents to empathize with characters like Jason.

“At our medical school, the role that Jason and similar fictional characters play is in the education of future physicians,” Tobia says.

Tobia uses the original Friday the 13th and similar horror films as a discussion platform, asking his students to diagnose fictional characters and come up with treatment plans. The hope is that when they go into real rotations and clinical experiences, they’ll bring this insight with them.

Throughout the Friday the 13th movies, we see Jason take revenge on the people responsible for his mother’s death. It’s easy to see Jason simply as a monstrous killer, but Tobia looks at him differently.

Based on what we know about Jason, Tobia would characterize him as an empathetic villain rather than a sympathetic one.

“I think there is room to try to understand what he's enduring,” Tobia says.

In lessons with his students, Tobia asks them to consider what’s happening in the original movie from the point of view of the little boy, Jason, who witnesses his mother’s murder.

“They have to put themselves in the situation of that little boy and how horrified he must have been when he went into that water and how helpless he must have felt,” Tobias says.

This simple exercise helps generate empathy between future doctors and their patients.

“If Jason had been seen by someone, in like, for example, in the group of students that I'm now lecturing, I think there may have been a different story arc with regard to his development,” Tobia says.

The future of Friday the 13th

In the ten-plus years since the Friday the 13th remake, people have begun speaking more openly about mental health on social media, reducing the stigma surrounding the once-taboo topic.

Hollywood is also, ever so slightly, recognizing the serious impact that mental health issues in films can have on our own well-being. Many mental health professionals offer up their services as consultants on horror films, including Tobia.

With that in mind, Inverse asked Tobia how he hopes future Friday the 13th sequels films will portray Jason and his mental health.

In turn, Tobia offered a surprising response: what he hopes the franchise won’t do.

“The one thing that actually comes to mind — that I hope they don't do — is spoon-feed us [Jason’s] past developmental history,” Tobia says.

Although some Friday the 13th movies have delved more into Jason’s traumatic childhood as a way to explain his violent behavior, Tobia thinks that’s the wrong approach for future films, since filmmakers are doing the hard work of generating empathy for Jason and taking that task away from the viewer.

“I would prefer the writer-director to avoid making him a sympathetic character because I want to test the resolve of my future doctors,” Tobia says. “I want them to have feelings of disgust and I want them to overcome those feelings. So that they can be in an empathetic position.”

Ultimately, Jason is a work of fiction. But if we use his existence as a thought exercise — and empathetically consider the man beneath the hockey mask— we might walk away from the movie with fewer nerves and more wisdom.