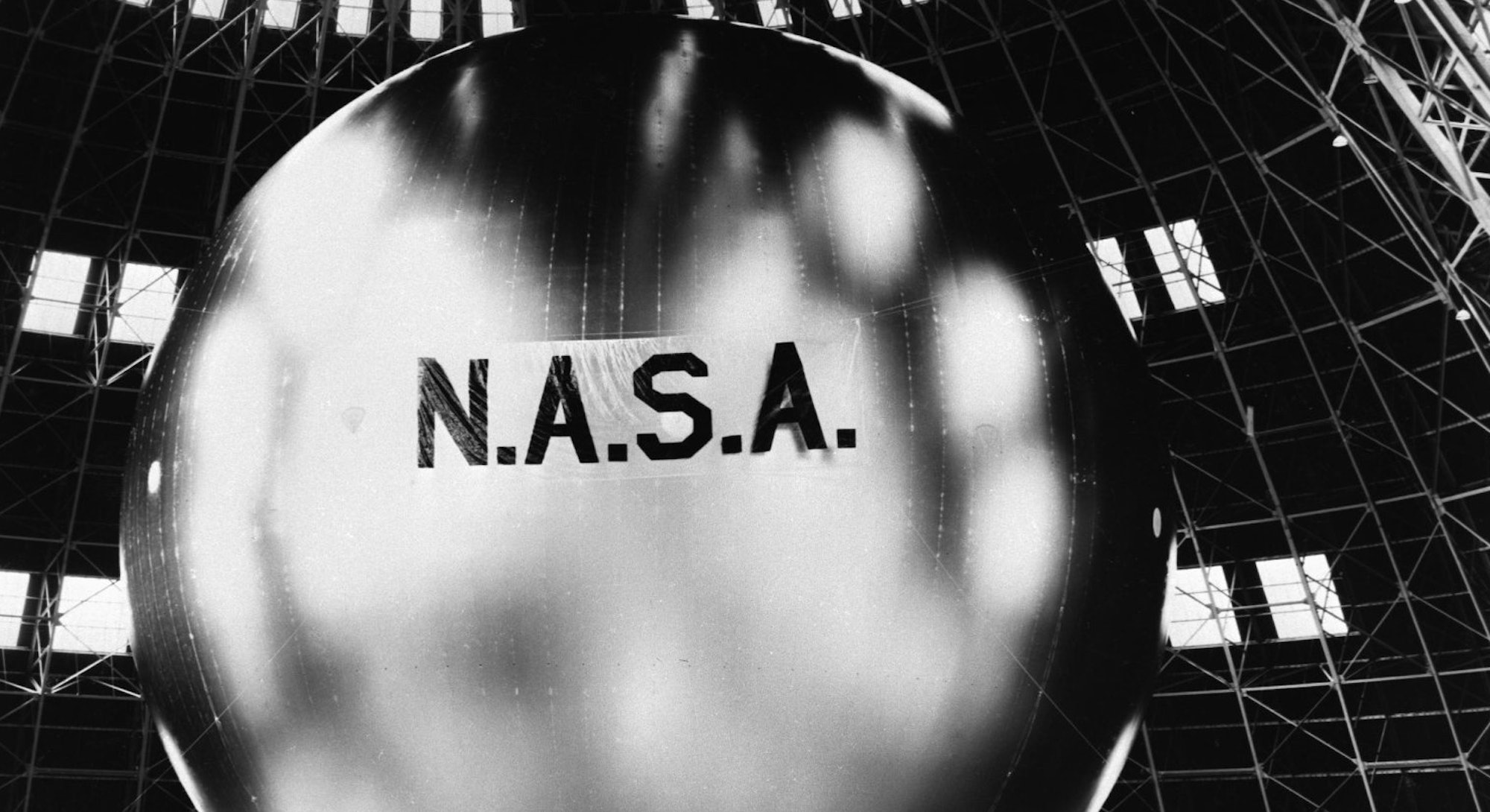 Sixty years ago, the Massachusetts Institute of Technology made television history by sending itself a broadcast message. The image, the first-ever displayed on U.S. national television using a satellite broadcast, was a rather self-referential set of three letters: M.I.T.

On April 24, 1962, MIT worked with the U.S. Air Force to use the Echo 1 communications satellite to send itself a message — pinging the image from one of the institute’s national-security research labs in California to a receiver 2,700 miles away in Massachusetts. In doing so, they fundamentally altered how the world watched television long before Netflix arrived on the scene.

The trouble with TV

Today, people are able to watch the same thing on TV at the same time across the globe. But until the 1960s, it was impossible. Six decades ago, the development of satellite communications allowed us to broadcast television beyond the horizon — and the ionosphere. The way satellite communications work is that they receive a data transmission from Earth, and reflect it back down to a receiver placed in a separate area of Earth.

The idea of using a satellite to communicate messages across Earth had its genesis in 1946 when scientists tried to use the Moon as a passive satellite to improve long-distance communication.

Prior to this, broadcasters typically used radio waves to send messages over distance, but these can’t extend beyond the horizon. But some scientists noticed that occasionally long-distance radio signals would hit an ionized section of Earth’s atmosphere, called the ionosphere, before bouncing back to Earth. A satellite, the theory went, could ostensibly relay information beyond the ionosphere and beam it back to the desired receiver on Earth. But first, we needed satellites.

In 1957, Russia launched Sputnik 1, Earth’s first artificial satellite. Then, in 1958, several scientists from Bell Telephone Laboratories brainstormed an experiment using shiny balloons as satellites to measure the reflective properties of the atmosphere. They hoped that this project would evolve to enable scientists to send data across oceans.

Meanwhile, other scientists designed antennae large enough to pick up any signals relayed by the satellites. It happened to be located at one of the Jet Propulsion Lab’s facilities in southern California in the Mojave Desert.

At the same time the scientists from Bell Labs developed their reflective satellite balloon experiment, the U.S. founded NASA. JPL became part of NASA, and together with Bell Laboratories, these institutions launched the United States’ first satellite communications project in January 1959, Project Echo.

Project Echo was a ‘pathfinder’ mission, meaning that it is a bit of a playground; it is one big mission exploring a variety of concepts to hone in the direction of future missions. It was a project that allowed scientists to experiment and push the limits of what was already known about satellite communication to determine what would actually work. Some variables that the Project Echo scientists played with were how the shape, size, material, reflectivity, and aerodynamics of satellites affected and limited their performance. The mission was never intended to become a global satellite communications network.

The Echo 1 spacecraft first launched on August 12, 1960, from Cape Canaveral Florida through a rocket called the Thor-Delta, an early rocket used for launches that were used to initiate orbits. On the same day, when Echo 1 was in range, the first satellite message was sent From Florida to Bell Labs in New Jersey.

How Echo 1 Made history

The mission was a dazzling success. It succeeded at each of its five objectives. It demonstrated that two-way communication via a satellite-facilitated telephone call was possible, in August 1960. Then, it proved it was possible to transmit ground-based signals using reflection on April 24, 1962, 60 years ago. Echo also smashed its other goals to study atmospheric drag and variations in air density and the ionosphere.

The Echo spacecraft do not resemble what we think of as satellites today. Referred to as “satelloons” by scientists engaged in the project, the Echo spacecraft were large, nearly flat, circular discs covered in material — essentially, a balloon.

After the spacecraft left the atmosphere, its disk inflated in orbit. The balloon’s material was essentially a shiny surface to reflect waves containing data in space — so shiny it was visible to the naked eye on Earth’s surface. In fact, it was made of mylar, the same material as the silvery blankets used to keep warm marathoners and wayward mountaineers alike today.

Echo 1 spent its first year in orbit transmitting voice recordings. It was a struggle to transmit the comparatively weak signal of the voice recordings over the din of background noise filling the space between the recordings’ source and the satellite. So it was a revelation when on April 24, 1962, Echo 1 managed to transmit television successfully — television, of course, involves images, which can be even more complicated to relay over the noise.

“Echo 1 was a success in demonstrating the simple fact that it was possible to relay a message long distance between two places on Earth by bouncing it off an orbiting object. But, it was a dead-end technology,” says John Logsdon, professor emeritus and founder of the Space Policy Institute at George Washington University. Logsdon also served on NASA’s Advisory Council and on the Columbia Accident Investigation Board.

“What was needed was onboard equipment to process the incoming signal, then relay it back to Earth. That capability was demonstrated in 1962 by the Telstar satellite,” he adds.

The legacy of Echo 1

Since then, fixed satellite technology (as opposed to orbiting) has allowed for continuous coverage of one part of Earth’s surface. In the 1990s, the emergence of mobile phones and cellular radio initiated a boom in satellite communications – growing more than 20 percent annually, according to Andrew J. Butrica, author of Beyond the Ionosphere: Fifty Years of Satellite Communication.

There are tens of thousands of satellites in orbit around Earth — we depend on them for communication, mapping, television, the internet, and more. In 60 years, satellite communications have come a long way from that image of “MIT” on a black and white TV screen (and thankfully, so has TV entertainment).