How to Save a Planet

To avoid catastrophe, this shocking amount of fossil fuels must stay in the ground

“Stay in the ground” 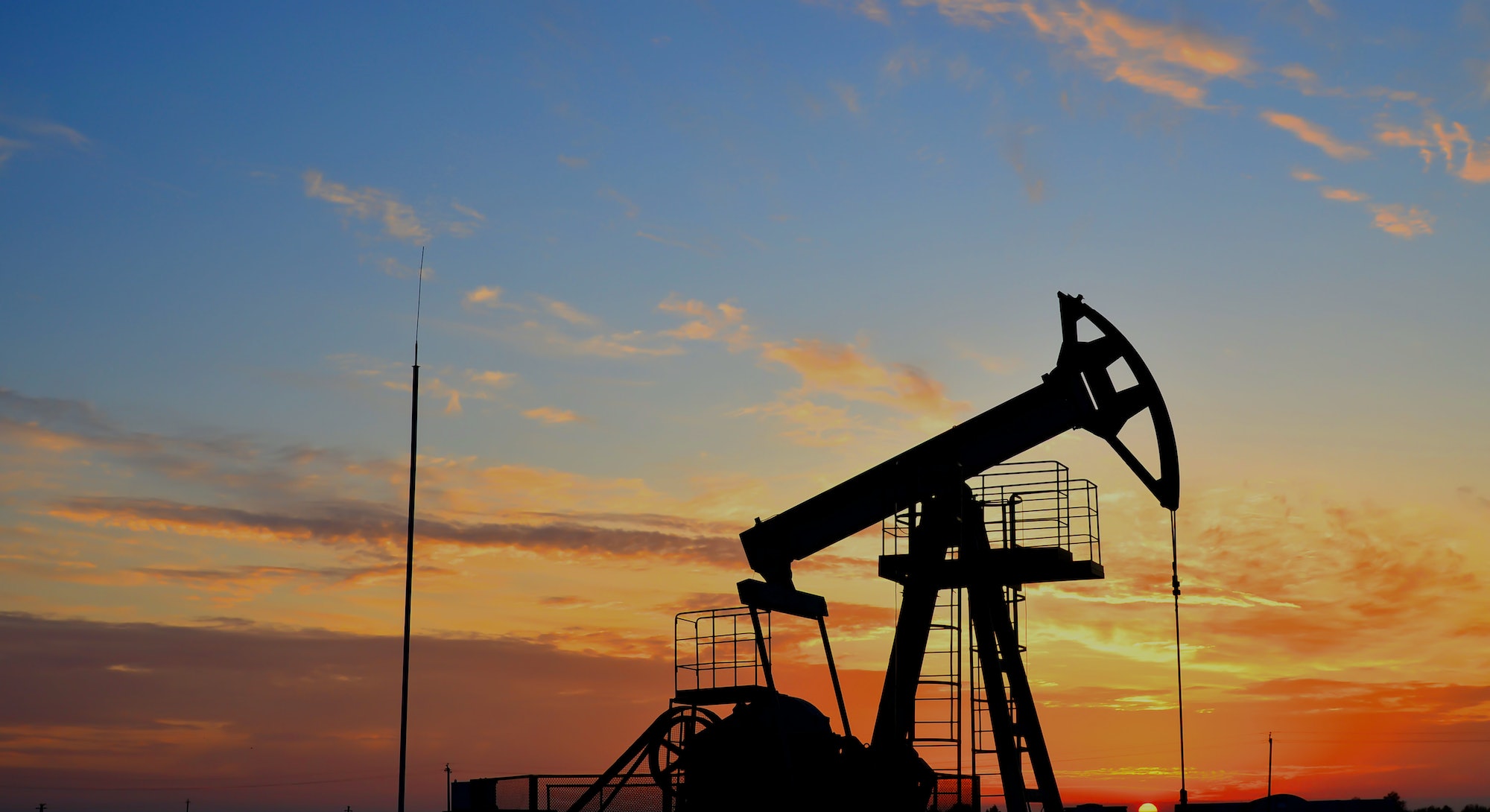 Fossil fuel companies have used smoke and mirrors for decades to assure us that air pollution isn’t so bad.

A new study doesn’t examine that idea. Rather, it asks: We know that extraction and production processes are not as clean as they could be. So, essentially, what is the impact of those?

In the United States, burning fossil fuels account for 74 percent of the nation’s greenhouse gas emissions, which isn’t new information exactly. However, scientists suggest that focusing on just the air pollution doesn’t show the full extent of the damage done.

“There needs to be a serious discussion around the regional distribution of fossil fuel production decline, allowing for a managed and equitable solution,” Dan Welsby, lead author on the study from University College London, tells Inverse.

What’s new — A study published Wednesday in the journal Nature asserts that humans also need to significantly limit the percentage of fossil fuels that are pulled from the ground.

The research team wanted to know how much fossil fuel we would need to leave undisturbed to avoid allowing the global average air temperature to rise 1.5° Celsius above what it was between 1850-1900, a 50-year period known for “pre-industrial temperature.”

The scientists came up with two takeaways after analyzing the data from a simulation model. The percentage of fossil fuels — coal, oil and gas, and methane — that humans need to leave unextracted in the Earth is:

Even though a 2°C increase doesn’t seem like a lot, on a global scale, this is the stuff of apocalyptic scenarios: Extreme heat, permanent flooding, vegetation die-off, severe air contamination, mass extinctions, the erosion of entire ecosystems, all of it.

In many locations around the world, it’s essentially the beginning of a movie like Mad Max.

Definitely crack open “Differential climate impacts for policy-relevant limits to global warming: the case of 1.5 ◦C and 2 ◦C” (2016) in the journal Earth System Dynamics for precise statistical forecasts on grim matters such as lower agricultural yields and the rapid death of coral reefs. It is a blast.

You can consider this summer’s climate-change-driven extreme weather events a teaser trailer of sorts. Catastrophes have been increasing since the 1970s, an uptick documented recently by United Nations: “Disasters surge five-fold over 50 years” is the headline.

Now that we know why those tiny global air temperature increases are such a big deal, here’s how they play into this latest study asserting we need to leave more fossil fuels in the ground:

In January 2015, climate scientists Paul Ekins, a co-author of this new study, and Cristophe McGlade published a report on the percentage of fossil fuels humans would need to leave in the ground.

Later that year, when world leaders and climate policymakers signed the Paris Climate Agreement, they realized that a more stringent benchmark below 2°C would be necessary to avoid more extreme risks and human suffering due to the climate crisis. Specifically, they agreed upon 1.5°C as the revised target. (That’s 2.7°F.)

In a 2018 report, the UN’s Intergovernmental Panel on Climate Change (IPCC) predicted: “Climate-related risks for natural and human systems are higher for global warming of 1.5°C than at present but lower than at 2°C.” So, obvious. 1.5°C is still bad, but maybe we could avoid hitting it.

In a 2021 report, unofficially known as the IPCC’s ”reality check” report, we learned that 1.5°C might already be out of our reach because greenhouse emissions in the atmosphere are already too powerful.

How the scientists came to their findings — These researchers determined we need to leave 60 percent of oil and methane and 90 percent of coal untouched with a simulation model.

This model captured the global energy system from production to transport to distribution to predict the specific percentages of fossil fuels we would need to leave unextracted by 2050 and 2100.

These findings far surpass the percentages reported in the previous 2015 study, suggesting we will need to leave a considerable majority of the world’s fossil fuel in the ground if we want to keep Earth habitable for humans in the decades and centuries to come.

The study authors further find that oil and gas production will need to decline by 3 percent annually until 2050 to meet our climate target of 1.5 degrees Celsius.

“Setting targets on limiting fossil fuel production is absolutely critical if we have any chance of remaining within carbon budgets which limit global temperature rise to 1.5 degrees,” Welsby says.

The researchers also looked at different energy-producing regions of the world. Although some countries like the U.S. contribute an oversized share of the world’s greenhouse gases, the nation will only need to leave 31 percent of its oil unextracted under the scientists’ estimates (though it will need to leave 97 percent of coal in the ground by 2050).

Instead, three of the most significant regions and nations that will need to reduce their oil extraction by 2050 are:

But richer developed nations like the U.S. can play a big role in helping other countries successfully transition to a future without fossil fuel emissions.

“There is potentially a significant leadership role here for developed countries/financial institutions in terms of helping the financing of capital for large-scale renewable power generation and other low carbon ventures in developing countries,” Welsby says.

Ultimately, to meet our climate goals, most nations will need to reach “peak [fossil fuel] production now or during the next decade,” the researchers write. However, they also suggest their predictions are likely an “underestimate,” and fossil fuel production may need to be halted even more quickly.

Why extraction matters — Fossil fuels support entire countries’ economies and the livelihoods of millions of people, not to mention the lifestyles of billions more.

But their extraction and production also release significant carbon dioxide emissions into the atmosphere, increasing global warming and making life a living hell for millions of more people.

This study also shows how essential it is for humans to leave fossil fuels in the ground over the next three decades. Still, it also poses a conundrum: How can we stop extracting fossil fuels to save our planet while preventing economic devastation in the near future? Huge investment in climate change-proof infrastructure and more jobs building green energy infrastructure — like ones included in the current federal infrastructure bill — create a path toward the answer.

“There is undoubtedly huge fossil fuel inertia within our global energy system, however, there are signs this may be changing,” Welsby says.

What’s next — The researchers have five specific suggestions to help policymakers and fossil fuel companies make the transition toward renewable energy.

Welsby calls these kinds of measures “low hanging fruit' for emissions reductions in the near term,” but also stresses “the production decline pathways we suggest can also only be achieved with a price on carbon.”

In short: the solutions won’t come without a cost — literally.

It’s not all bad news — Their findings are grim, but not as much as you might think. The study’s authors note that global coal production already peaked in 2013, and oil output may even have peaked in 2019 or 2020. Other recent reports suggest that the costs of renewable energy are becoming comparable to fossil fuels, making electric vehicles more affordable.

So, if world leaders and fossil fuel companies step up the plate and assume the daunting task of rapidly transitioning away from fossil fuels, we might have a fighting shot at saving planet Earth — and ourselves.

“We need to think of this as a global problem, with a global solution,” Welsby says.

Abstract: Parties to the 2015 Paris Agreement pledged to limit global warming to well below 2 °C and to pursue efforts to limit the temperature increase to 1.5 °C relative to pre-industrial times1. However, fossil fuels continue to dominate the global energy system and a sharp decline in their use must be realized to keep the temperature increase below 1.5 °C (refs. 2–7). Here we use a global energy systems model8 to assess the amount of fossil fuels that would need to be left in the ground, regionally and globally, to allow for a 50 percent probability of limiting warming to 1.5 °C. By 2050, we find that nearly 60 percent of oil and fossil methane gas, and 90 percent of coal must remain unextracted to keep within a 1.5 °C carbon budget. This is a large increase in the unextractable estimates for a 2 °C carbon budget9, particularly for oil, for which an additional 25 percent of reserves must remain unextracted. Furthermore, we estimate that oil and gas production must decline globally by 3 percent each year until 2050. This implies that most regions must reach peak production now or during the next decade, rendering many operational and planned fossil fuel projects unviable. We probably present an underestimate of the production changes required, because a greater than 50 percent probability of limiting warming to 1.5 °C requires more carbon to stay in the ground and because of uncertainties around the timely deployment of negative emission technologies at scale.