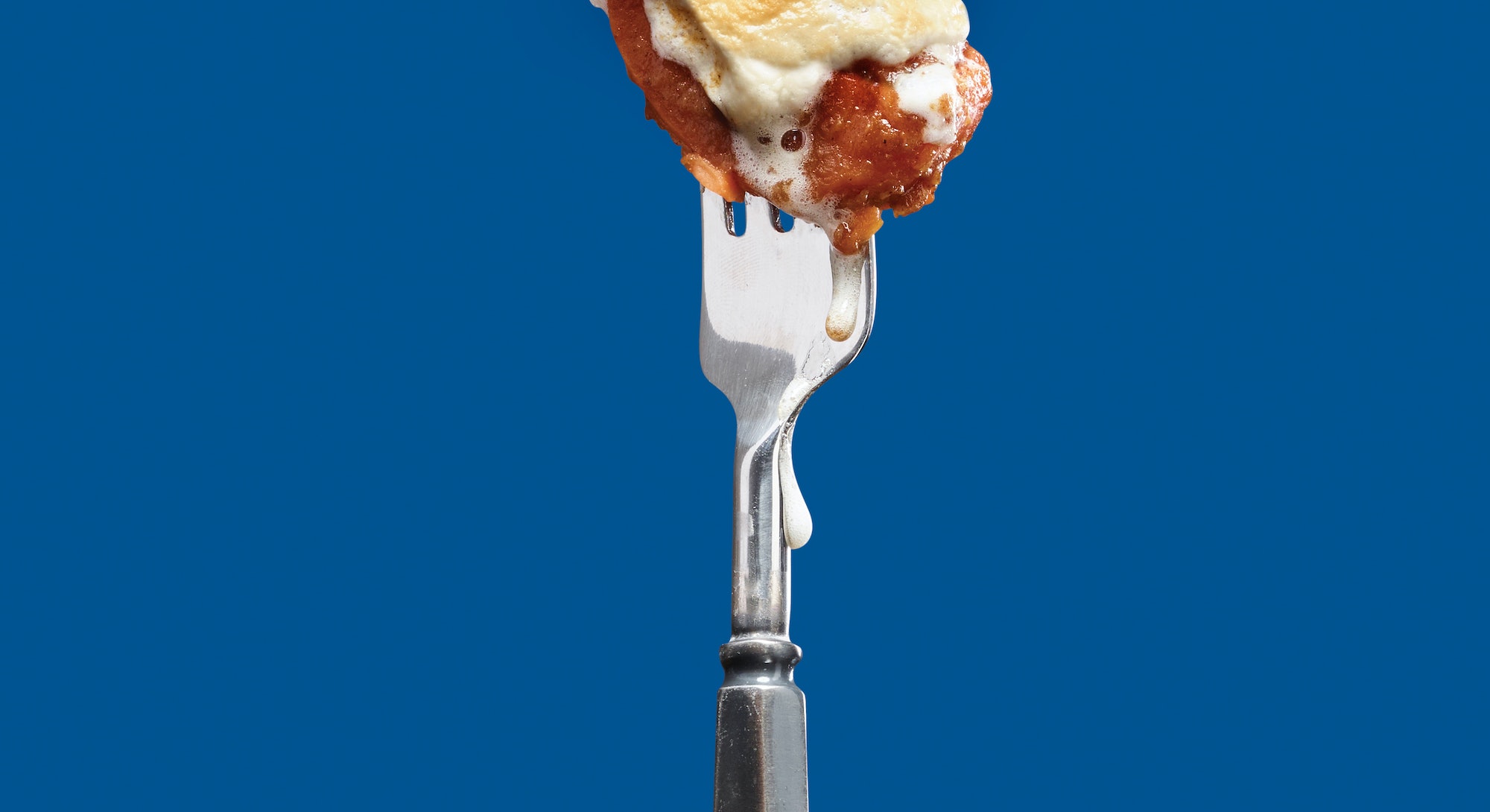 The most divisive dish at my holiday table isn’t the Brussels sprouts or the green beans — it is the candied sweet potato casserole.

Some might say that melted marshmallows have no place in the main course, particularly not on top of a vegetable. Others might say candy improves everything it touches. What both sides of this debate miss is that the roots of the culinary tradition lie in a rather unassuming weed that grows on the edge of salt marshes and perhaps the first celebrity food influencer ever.

The marshmallow plant, Althaea Officinalis, lives on the edges of briny water and grows to about a meter tall. It has small, pale pink flowers and pointy, velveteen leaves. For thousands of years, the plant has been used as a form of herbal medicine for treating coughs, healing wounds, and soothing souls in the form of candy, specifically marshmallows.

“Ancient Egyptians invented marshmallows,” Jeffrey Miller, associate professor of Food Science and Human Nutrition at Colorado State University, tells Inverse. “They made them from the gummy root of the marshmallow plant.”

As far back as 2000 B.C.E., he explains, pieces of the plant’s roots were boiled with honey to create a thick mixture, which was strained, cooled, and eaten as a sticky sweet treat.

Parts of the marshmallow plant were also ground into pastes, powders, and teas and used as ancient medicine. Its genus name, Althaea, comes from the Greek meaning ‘to heal.’

Several of the marshmallow plant’s medicinal properties have been borne out in modern science. One 2018 study found a marshmallow plant-based remedy can treat a dry cough within 10 minutes, thanks to the sap-like substance called mucilage within its roots.

“The complex polysaccharides contained in marshmallow roots cover the irritated mucosa in the mouth and throat, thereby easing the cough reflex,” the study’s authors write.

In the first century C.E., the Greek physician Dioscorides recommended the marshmallow plant’s roots for healing wounds and abscesses and treating inflammation. In the same era, Persian polymath and physician Ibn Sina wrote that the flowers of a marshmallow plant can soothe a cough and treat spider bites. And in Ancient Egypt, parts of the plant were used as an enema “to cool the anus.”

Fast-forward to late 1700s France, marshmallow root extract was mixed with sugar and egg whites and then hand-cut into shapes to create pâte de guimauve or marshmallow paste.

“The mixture was functionally an unbaked meringue left to harden,” food writer Helena Nichols explains on her blog, Adventures in Taste and Time.

Pâte de guimauve was originally sold as an expensive throat lozenge, but over time, it became a popular sweet, too. Especially when flavorings were added, like rose and orange blossom essences.

But it takes more than 12 hours, according to Nichols, to extract the sticky sap from the marshmallow root — so only a few candies can be prepared and shaped by confectioners at one time. And this is where the industry comes in.

By the late 1800s, several advances pushed the marshmallow’s production and popularity to new heights.

In 1894, husband and wife team Rose and Charles Knox — a cook and a salesman, respectively — developed a practical and easy-to-use form of gelatin. Gelatin created the same texture as the marshmallow root sap mucilage but with less fuss and time.

“Marshmallows are a combination of sugar, water, gelatin, and air,” Matthew Hartings, a materials and food scientist at American University, tells Inverse. “Air is important for fluffiness, and gelatin holds everything together.”

Whipping up a batch of perfect marshmallows at home isn’t easy. “You need just the right amount of sugar for the sweetness, and the correct ratio of water to gelatin to air, for the squishiness,” Hartings explains.

“As soon as your water and sugar syrup hits the right temperature, you need to add the gelatin and whip the heck out of it,” Hartings says. “This incorporates lots of air and makes the marshmallow spongy.”

Around the same time, a development called the “starch mogul system” enabled companies to produce candy in huge batches. Molds in the shape of lozenges were coated with starch and filled with a marshmallow (now gelatin) mixture. When the mix was set, whole sheets of marshmallows could be extracted in one go. In 1948, this was refined further using a method called extrusion, whereby marshmallows were produced in one long tube and then cut into smaller pieces.

Producing marshmallows quickly, efficiently, and (relatively) cheaply is one of many reasons they’re so popular today. According to the National Confectioners Association, Americans buy more than 90 million pounds annually.

A seat at the table

As manufacturing marshmallows became quicker and cheaper, they were sold as penny sweets rather than one-off treats. A few decades later, one ambitious company decided to elevate the marshmallow’s status from candy for kids to an essential cooking ingredient for every kitchen in America — finding its place on your holiday table.

In 1871, Frederick William Rueckheim, a German immigrant in the U.S., cooked up a moreish mixture of popcorn, peanuts, and molasses, later known as Cracker Jack. By 1913, it was the world’s best-selling commercial confection. In 1907, the company — now referring to themselves as “The Cracker Jack People” — launched Angelus Marshmallows. These were large marshmallows cut into slabs, wrapped in wax paper, and sold in tins.

The messaging on the tins — and in advertisements — focused on their light and fluffy texture. Their slogan was: “A message of purity.”

“Americans have unquenchable sweet tooths,” food scientist Miller says. But in addition to being switched on to the sugar needs of Americans, the Rueckheim brothers were savvy marketers — so they went looking for a celebrity endorsement and found it in Janet McKenzie Hill.

In the late 1800s, Hill was as close as you’d get to Prue Leith or Padma Lakshmi by today’s standards. In 1896 she founded the Boston Cooking School Magazine, the official journal of the prestigious Boston Cooking School. In 1917, Hill was commissioned to create a recipe book to promote Angelus Marshmallows and prove their versatility in the kitchen. Hill used the opportunity to get creative with her food.

Her recipes incorporated marshmallows into popular recipes, often in the place of cream, as well as a few novel dishes. These included a sweet potato casserole topped with a layer of browned Angelus Marshmallows. The recipe is widely cited as the first time that sweet potatoes and marshmallows had been combined in one dish, although candied sweet potatoes (or yams, depending on whom you ask) are less novel.

According to researchers at the Library of Congress, recipes dating back to 16th century Europe suggest adding sugar, cinnamon, dates, and prunes to sweet potatoes. In American Cookery, one of the first American cookbooks written in 1796, there’s a recipe called sweet potato pudding, which calls for milk, nutmeg, and egg whites to be stirred into a mashed sweet potato. Another recipe published in 1840 topped spiced sweet potatoes with meringue.

By the late 19th Century, sweetened potatoes were a standard American side dish. Glazed sweet potatoes were included in the 1893 Boston Cooking School Cookbook, written by Fannie Farmer, the assistant principal at the school during the time Hill attended.

Eating marshmallows at Thanksgiving wasn’t unheard of at the time either, according to a 1901 New York Times article that recommends serving them at the table. But we can credit Hill with bringing the two ingredients together in sweet harmony.

“Baked sweet potatoes can be earthy and caramelly,” he says. “The light, airy marshmallows are a fun counterpoint that brings some helpful aroma, visual contrast, and texture to the party.”

Some books were even themed. My favorite is the Angelus Marshmallow Mystery Book, published in 1916. It features recipes along with palm-reading tips and horoscopes.

Angelus Marshmallow books and ads featured a colorful cast of mascots, including an angelic cherub and Miss Angelus, a girl wearing a chef’s hat and banging an Angelus Marshmallows box like a drum. A later puffy mascot was a source of inspiration for the Ghostbusters Stay Puft Marshmallow Man, according to a 2016 interview with actor and writer Dan Ackroyd.

Have marshmallows changed much in the 100 years since Hill dreamed up the sweet potato casserole for Angelus Marshmallows? Yes and no. The bare bones are the same, but food technology has revolutionized their production — and made it even easier to put them in any dish we want. We asked the experts why such a controversial dish has remained a Thanksgiving staple.

Food technology consultant Lilly D’Angelo says American foods tend to be much sweeter than some European and Asian countries, in part because our taste buds adapt to the foods we are exposed to in our environment.

“When we’re exposed to larger amounts of sweet foods when we are little, we are used to that level of taste,” she explains.

Charles Spence, professor of Experimental Psychology at the University of Oxford, specializes in the design of multisensory foods. He thinks the soothing and soft texture of this dish may be why so many people find it appealing.

“I think of sweet potato and marshmallows as being what I like to call toothless desserts,” he says. “They’re not texturally challenging. We saw a lot of that during early Covid with a resurgence of nostalgia foods that didn’t require teeth, like shepherd’s pie, angel delight, and trifle.”

Taste test — The idea that there’s a dish at our Thanksgiving tables that, by eating it, makes everyone in the room nicer to each other and a little bit more grateful is rather appealing, given how fraught holidays can be for so many of us. Next time you find yourself arguing with your estranged cousin over the Thanksgiving table — perhaps even about whether sweet potato casserole is delectable or disgusting — just imagine how worse your day might be if you didn’t have it.

Taste of the Holidays is an Inverse series about the science of food. Get the inside scoop on your favorite (or hated) nostalgic holiday dishes via our hub, which will update with new stories through December 2022.